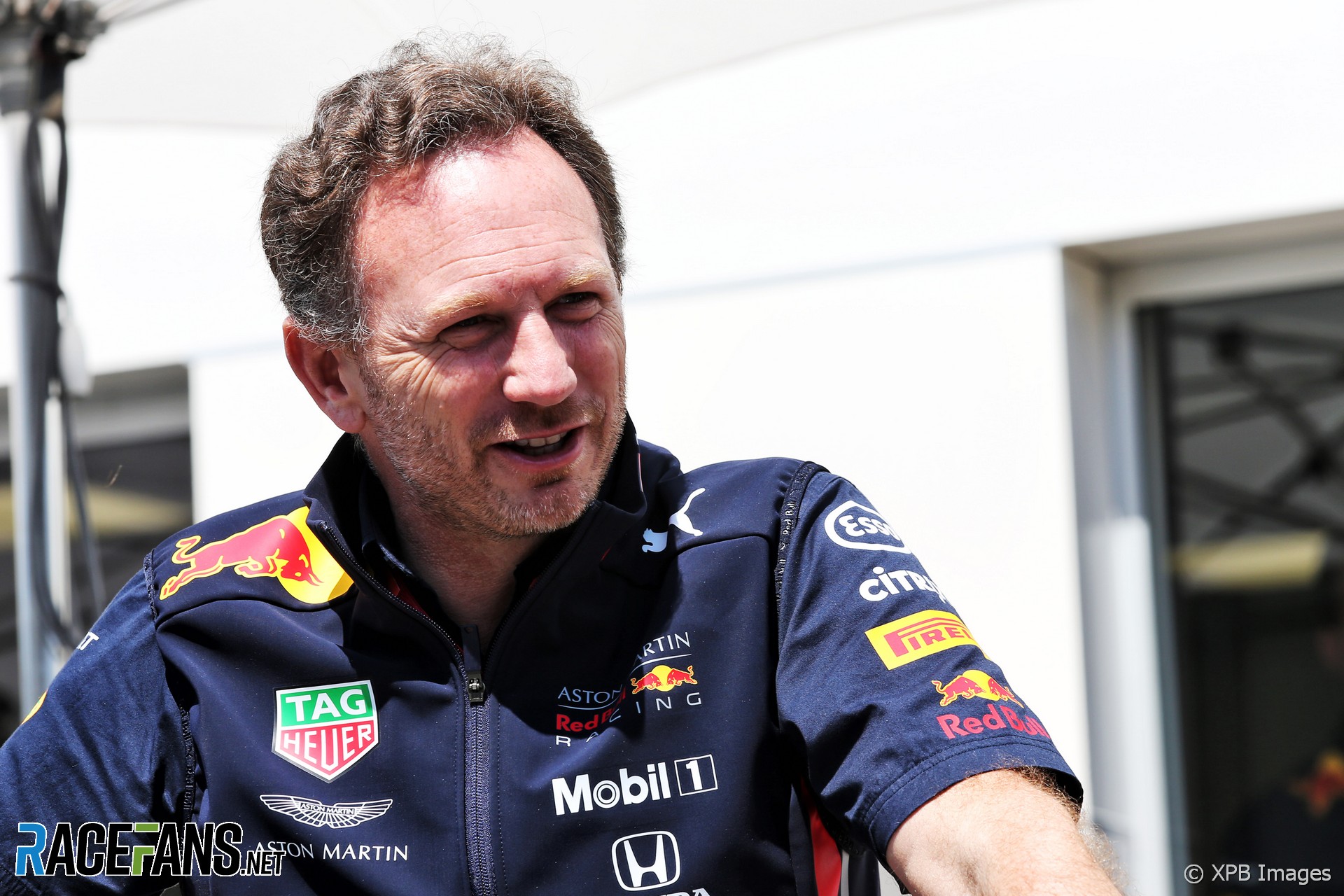 Formula 1’s biggest teams are pushing to delay agreement on the sport’s new rules package for 2021.

The FIA International Sporting Code requires the new technical and sporting rules package to be agreed by the end of next month. However several top teams are eager to see this delayed until October.

Red Bull team principal Christian Horner confirmed he wanted the deadline to be pushed back even further. He said a compromise is being reached as F1’s smaller teams felt a December sign-off left them with too little time to develop their cars.

“It was my suggestion to move it from June,” said Horner in response to a question from RaceFans.

“I think if you look at it probably the best time would be to put it to December but then the little teams would argue that they can’t react to that because the earlier they are the bigger teams have more resource to split their resource [between 2020 and 2021] and effectively put more resource on it sooner than the little teams. So October is effectively a compromise between end of year and June so we’re OK with that.”

The unanimous agreement of all 10 teams is needed to delay the sign-off of the new rules. Horner believes this is realistic.

“Amongst the teams there’s been unanimity,” he said. “I think the only one that questioned it was Renault but I think they got there in the end so I didn’t see anybody that wasn’t in agreement with it.”

“Personally I’m in two minds,” he said when asked by RaceFans. “I probably would want to support Ross and Chase and Nikolas.

“The trick is to come out with good regulations you need enough time. And also you need to describe very precisely what’s being pushed out. It needs the unanimous decision of all teams. We are not going to be the ones to make that fail.”

Ferrari is also expected to support the plan. A senior source at the team told RaceFans: “We are not against postponement in principle, but it depends on the detail.”