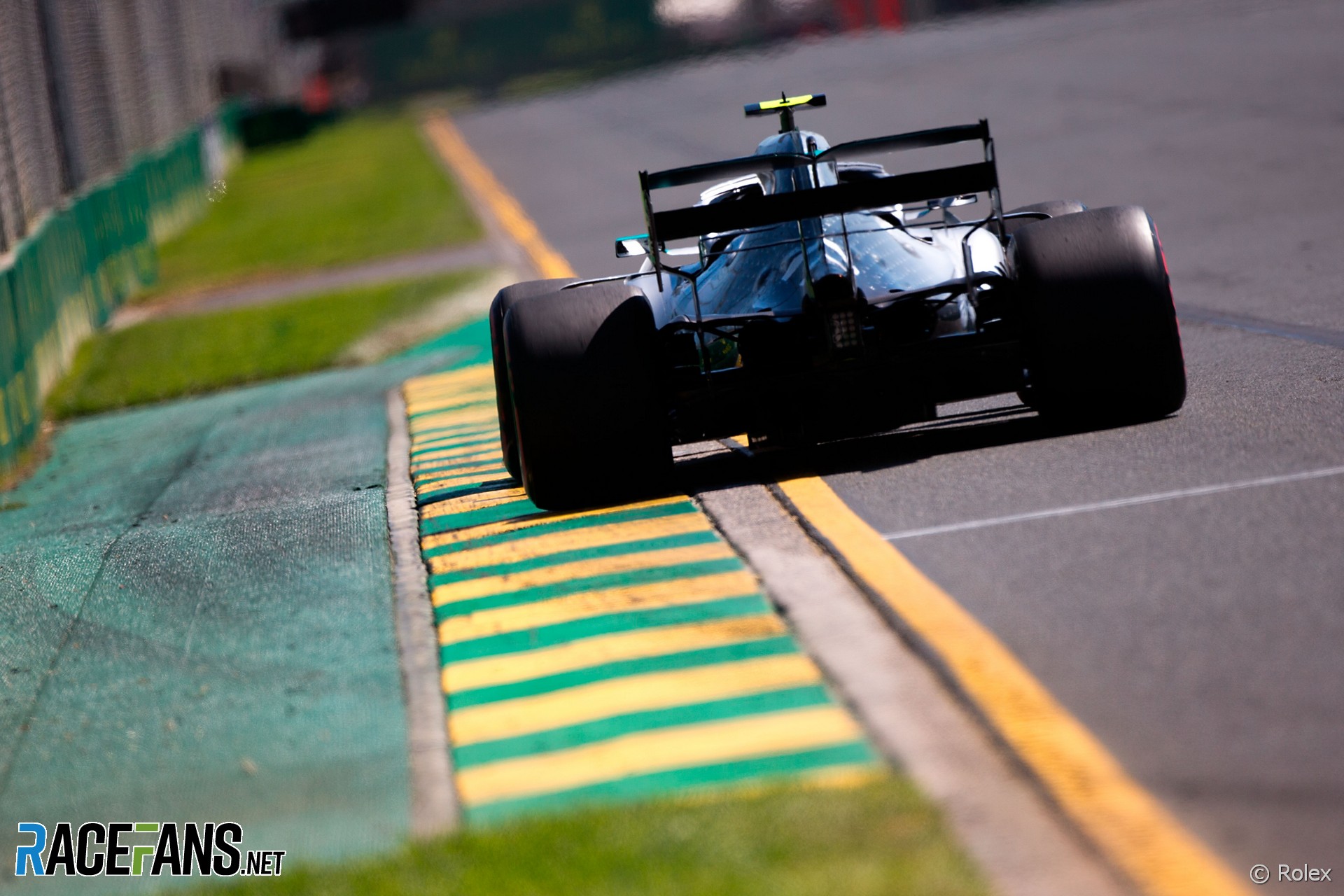 Increasing the power of DRS for the 2019 F1 season was a “safe bet” to ensure more overtaking this year, according to the FIA’s head of single-seater technical matters Nikolas Tombazis.

Discussing the aerodynamic changes for this year in the FIA’s official publication Auto, Tombazis admitted that boosting DRS was seen as an easy way to create more passing this year.

“In many ways that was a safe bet, as we knew it would increase the eﬀect of the Drag Reduction System and therefore a car will be able to close on the one in front more easily,” he said.

New regulations for 2019 also required teams to simplify their front wing designs. This was done to reduce the ‘outwash’ effect in order to help cars run together more closely. Speaking before the Bahrain Grand Prix, Tombazis said they expect the combined effect to create significantly more passing at some venues.

“We were not expecting a huge delta in Australia, which is a diﬀicult track at which to overtake in any case,” he said. “Some simulations were showing an [over] 10% increase of overtaking, assuming a similar evolution of a race, of course. In other races the same simulations expect a more sizeable increase, possibly to the tune of [over] 50%.

“To be clear, that is from simulations of cars following each other in races from last year, using this set of rules. That’s the feedback we’ve had so far, but it will really only become clear as we progress through the season. We weren’t expecting miracles in round one at Australia, but generally we are expecting a step in the right direction as far as aerodynamics are concerned.”

Several drivers have said the DRS changes have done much more than the new front wings to increase the amount of overtaking.

“All teams say the increased DRS eﬀect is a strong positive,” said Tombazis. “But as I said, that was fairly easy to achieve.

“Some teams say the front wake is going in the right direction but that it’s not a huge step, while others are saying it does represent a bigger change. It’s not fully clear yet.”

Drivers including Lewis Hamilton and Max Verstappen have called DRS a “band-aid” which F1 should aim to remove. The FIA is planning an overhaul of the aoerydnamic regulations for 2021 which could include a DRS-free car.

Tombazis said the lessons learned in 2019 will help them create cars which are less sensitive to turbulence. “I think that if we hadn’t gone through this process and we were sitting here writing the 2021 rules we would be in a much weaker position,” he said. “For what we are trying to achieve, 2019 has been a very useful exercise and has lessened the wake eﬀect.”