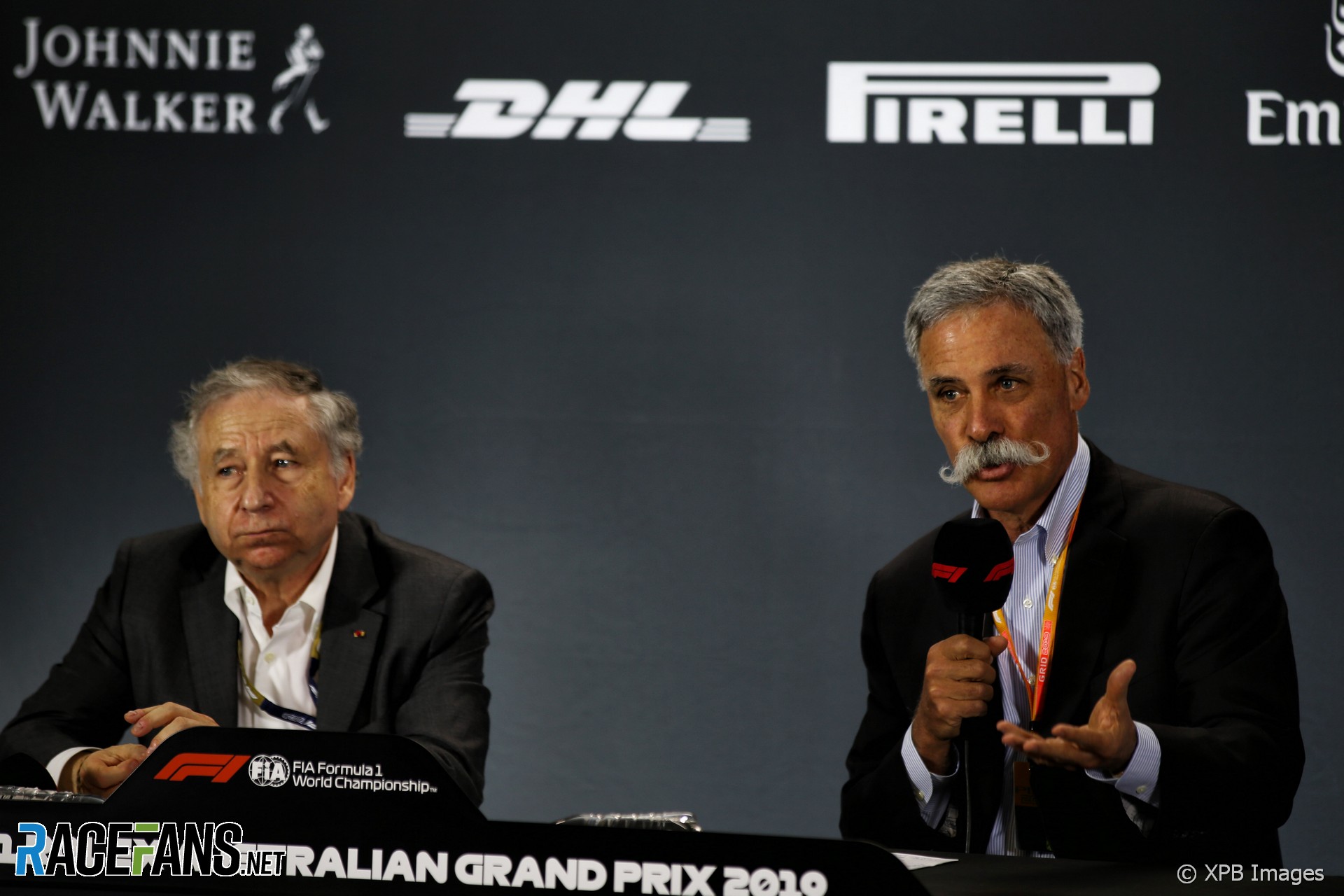 Plans for a far-reaching overhaul of Formula 1 in 2021 will be presented to teams later this month by the sport’s commercial rights holder FOM and regulator, the FIA.

FOM CEO Chase Carey said the proposals, which will include new technical, sporting and financial regulations will allow Formula 1 to “take off”.

The presentation will take place on March 26th during meetings of the Strategy Group and F1 Commission in London.

Speaking in a press conference at Albert Park today, FIA president Jean Todt said “We should be ready with the global package,” by then.

The proposals will include a budget cap to restrict how much teams can spend on their F1 programmes.

“On the commercial side, the financial side, which is the responsibility of Formula 1, we have the cost control which is a new initiative which is quite well advanced,” said Todt.

“So those are all the different chapters which we are working and we should be in a position to have the final package to discuss with the teams on those opportunities on the 26th of March.”

Carey said FOM and the FIA have made “good headway” one the proposals with teams.

“I think there’s a general agreement on the direction we’re going with everything. We’ve got 10 teams so we’ve got 10 different views on the details. So that’s part of what thrashing this out is.

“It’s not unique in the world to try to find the right compromises but I think directionally we’re excited about the opportunity to really provide a platform the sport can really from 2021 take off.”

The FIA’s International Sporting Code requires that the 2021 regulations be signed off 18 months in advance, meaning the new rules must be approved by the end of June.