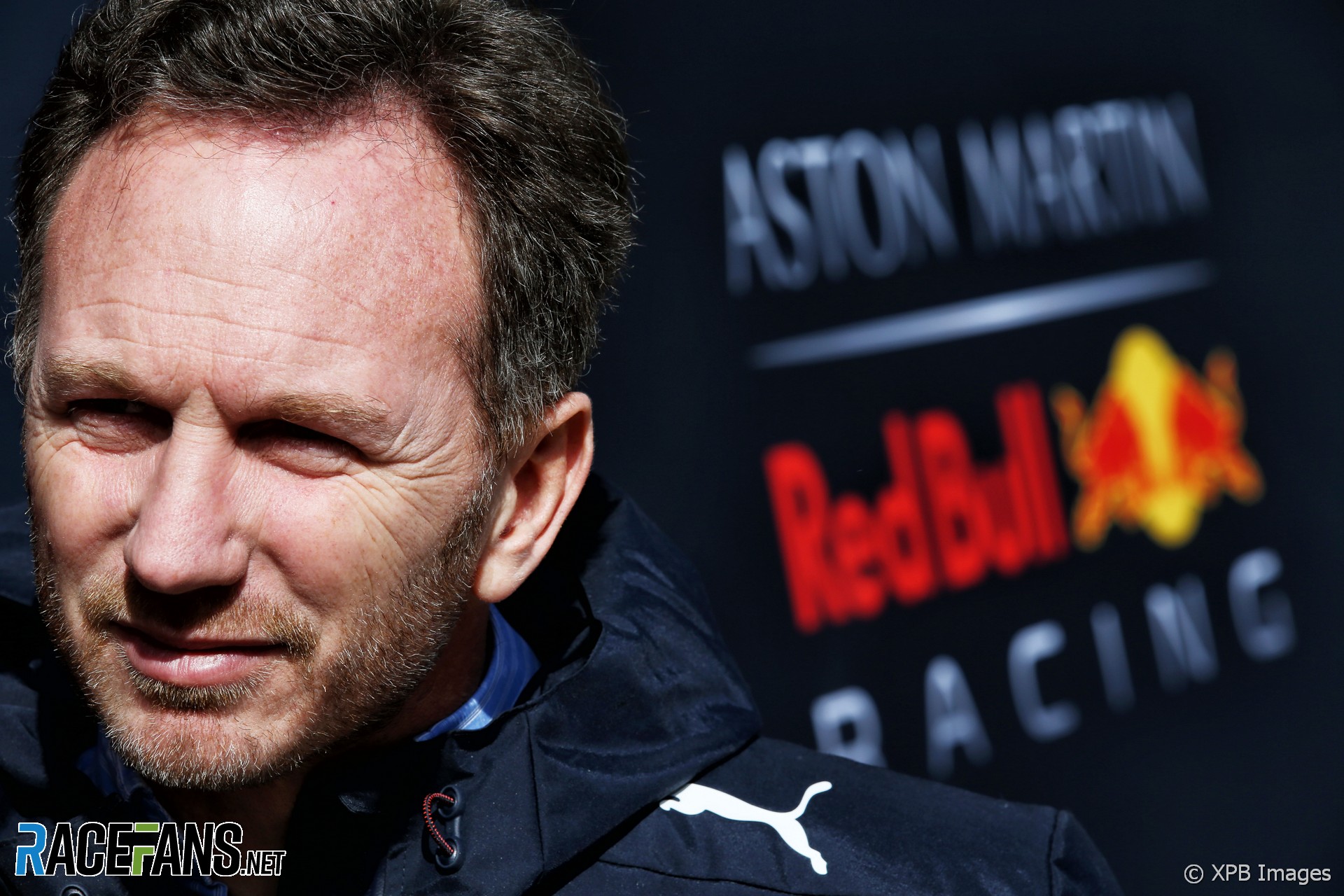 Horner was asked for an update on the teams’ progress with Liberty Media during the off-season:

We’ve had quite a few conversations with Liberty we had one major meeting. A lot of what they’re looking at doing for the future is quite exciting and there’s no shortage of venues that want to host races, there’s a lot of interest in the sport you see how the numbers are growing particularly on the digital platforms and the viewing figures being up for last year, live attendance being up and you just feel that if we can just keep improving the show and have a great championship if there was to be a three-way battle this year it would be fantastic for all the fans and ultimately them.

"In the past if I was in an opportunity to win, I had to win because I might not get that opportunity for four or 14 months. But now, with the place that Andretti is at, the place I’m at, the place Honda is at, the cars being virtually the same this year to last year, if you’re having a day where you’re fourth or fifth, it’s OK because theoretically next week you should be just as strong."

"Testing has begun for Volkswagen’s record attempt on the Nürburgring Nordschleife, with its ID. R having completed a successful outing in Spain."

"'When should I go, ‘Actually, maybe I’m not the right person to do this? Am I good enough to do it? Do I have the capability?’' Williams says, during the 10-part Netflix production, Drive to Survive. 'It’s very difficult to come to terms with.'"

Can Valtteri Bottas put his miserable end to last season behind him?

As a story it would be fascinating to see Bottas bounce back from a very mediocre year and emerge as one of the best this season – leading the charge for Mercedes, comprehensibly besting Hamilton and possibly even taking the championship. Clearly last year affected him severely – similar to Kvyat’s demotion; it was like after a certain point he just gave up. Seeing him grow from that and come back ten times stronger would be very cool. Going from underdog and wingman to champion and winner.

Cynically I suppose I expect him to remain in no man’s land – quicker than the midfield but a tenth behind the ‘big guys’, but I would genuinely love to see him take a huge step up. He’s a talented guy – it’s clearly there, he just has to grab it. This year though he’s got to make that step or next year his seat is as good as Ocon’s. He’s probably well aware of that.

Though personally I’d give him the championship just for the beard.
Adam (@Rocketpanda)