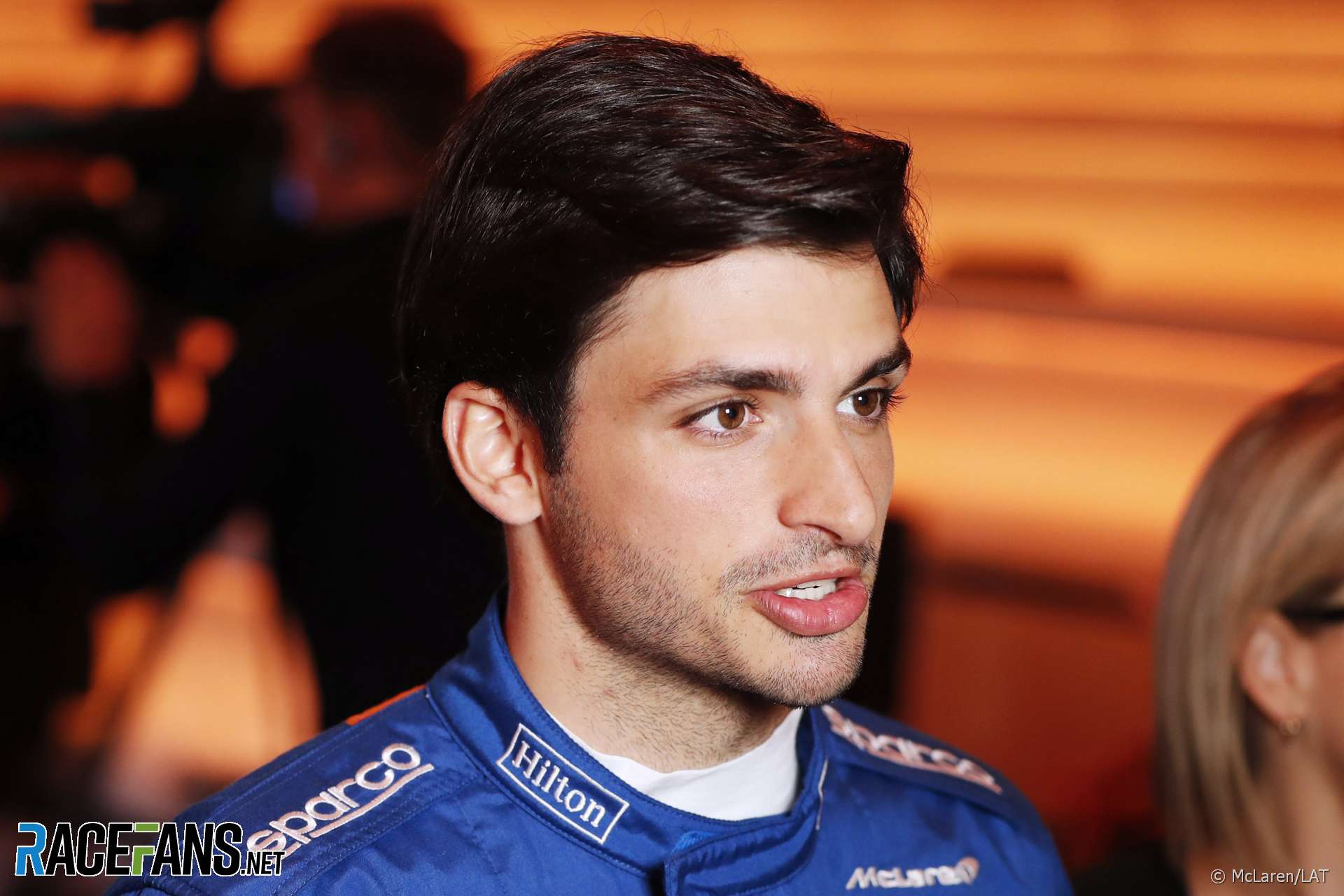 In the round-up: Carlos Sainz Jnr says he hopes Formula 1’s planned rules change for 2021 allows him to fight for podiums.

What I really care as a driver is that one day hopefully in two years’ time with a regulations change is that we go to a grand prix with the optimism of maybe if I do a perfect weekend I can get into the top three. And that is what Formula One lacks at the moment.

I love Formula One. I love how fast the cars are, how much records are beaten every grand prix and every pole position that Lewis (Hamilton) does. But I don’t like that I know that I’m going to qualify like last year with Renault, two seconds away from pole and I’m not going to have a chance to be on the podium or even fight for it.

So I think that’s the main thing Formula 1 needs to solve more than all the other issues.

Mattia Binotto: ‘The opaque color is due to technical reasons as the car is lighter and even if it’s hundreds of grams, it can affect’ #SF90

Here's what we've seen of the @F1 teams' 2019 cars so far – though the @redbullracing and @SauberF1Team have only run test liveries, and @HaasF1Team and @RacingPointF1 are yet to reveal their 2019 chassis.#F1 pic.twitter.com/MUu0Ld0Wyn

Here’s how we’re spending a sunny Friday at @Circuitcat_eng!

Ferrari will prioritise Vettel over Leclerc in early races (ESPN)

"I think it's normal, especially early in the season, that if there are particular situations our priority will be Sebastian. He is the guide with which we aim for the championship."

"On the mental side, it's learning the steering wheel. The amount of work you have to do in the car compared with Formula 2 (is far greater). It's getting there. I still have a few more days in the simulator. We are just trying to be as prepared as possible, because we just need to be ready for that first test in Barcelona."

"It's frankly shameful of McLaren to choose to accept money from a company that – knowingly and cynically – markets and sells addictive tobacco products that kill two in three long-term Australian smokers."

"I did the development of the car and I am the one who has experience but like I say it is the teams’ decision. Looks like I will be watching now."

@Gt-racer has the inside line on what to expect from the coverage of testing:

It will feature the same trackside camera angles and usual world-feed timing graphics.

There won’t be onboard cameras on every car as teams install there own sensors and things in the usual camera locations during testing preventing a live TV camera from been used. They may have 1 car carrying a live onboard each day depending on if a team agrees.

Along with that there will be no telemetry or team radio since FOM usually pull those things via there systems which with the lack of onboard cameras won’t be on the cars.

Timing and tracking data will be less than usual as the timing systems been used will be more basic due to the full systems not been installed around the circuit.

Coverage will run from 8am-5pm with a lunch break between 12-1pm. An additional review program will run from 5-6pm to look at the days running.

There will be no live coverage of the second week but will be a final wrap-up show on the Friday at 5pm.
@Gt-racer