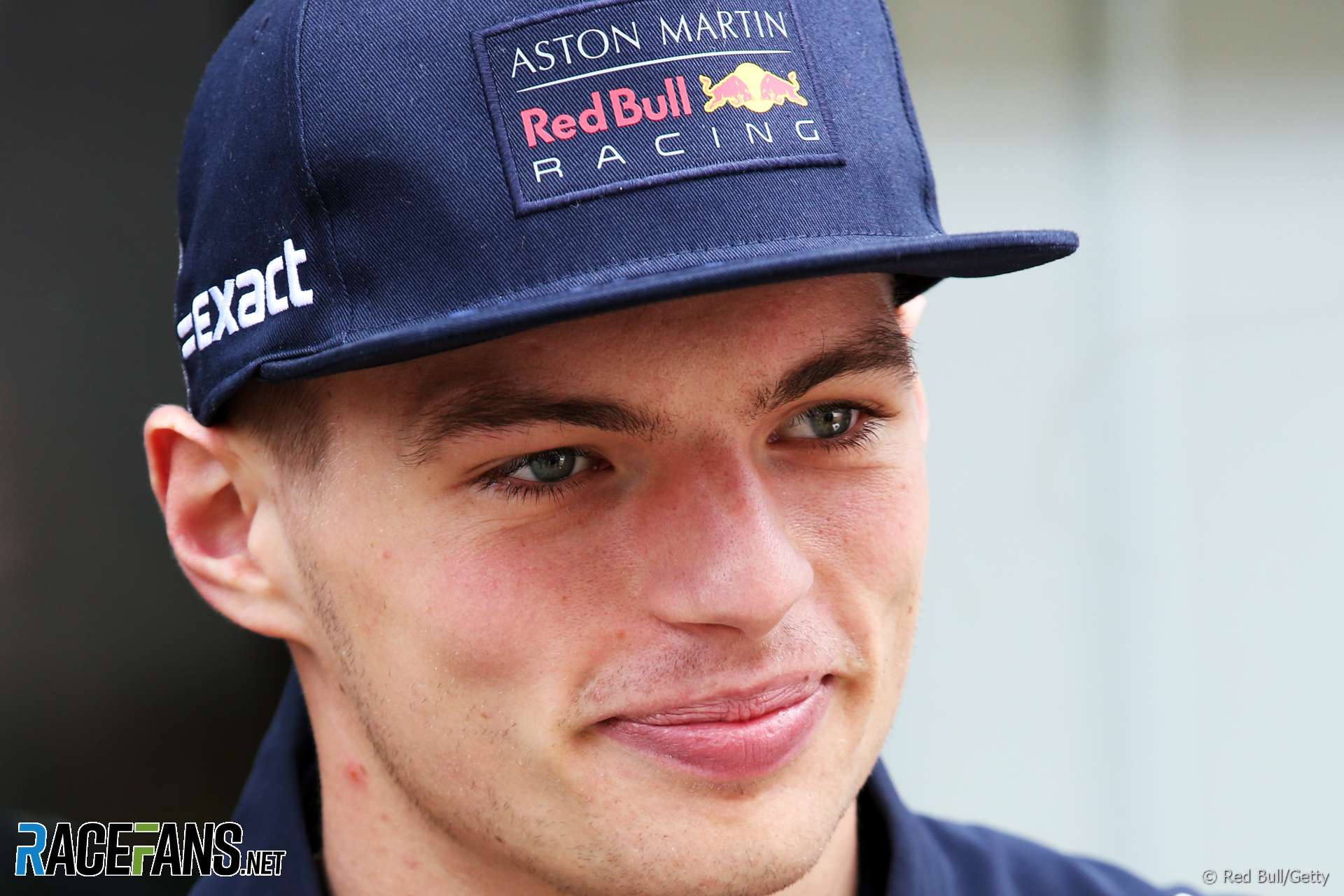 In the round-up: Max Verstappen says a Formula 1 driver has to be ready for a chance to win the championship at any stage in their career.

Verstappen used the example of Lewis Hamilton’s rookie season in 2007, when he finished one point behind that year’s champion Kimi Raikkonen.

I’ve done now almost four seasons. For example Lewis was fighting for a title in his first season: Are you ready for it, you’re not sure. Was he? Maybe yes, maybe not.

But once you have that car underneath you, you are definitely going for it because it’s normal, you are only fighting your team mate because there is always a bit of a dominance with the car.

I think it’s never 100% clear if somebody’s ready or not. As soon as you have that car you’ve just got to drive it as fast as you can and if it’s the fastest car in the grid you are normally winning races or you are second.

Best part about this weird @F1 attempt to prove it's better than @IndyCar ? The official IndyCar social media is just sharing really incredible on track action from last season as a non-response response. Don't engage. Just be better. And #indycar is definitely better.

As Britain loses free-to-air F1 coverage, in a F1 press release Liberty are thrilled that the audience grew in 2018 because in reaching 490 million unique viewers it was partly down to "China, who benefitted from the return to CCTV as the main free-to-air broadcaster." Hmm.

It's truly amazing that a company like @F1 can't make a streaming service that has a functioning full screen button. Remarkable.

I could watch @piersmorgan's male condescension being smacked down by @SophiaFloersch all day long:

Morgan: "We're not going to show [the crash video] because you don't want to see it."
Floersch "I can watch the video. It's normal for me to watch it now. I watch it quite often." pic.twitter.com/vpGYL9snSM

Fair’s fair: Received cease & desist apology from editor of @motorsport TR, and article now ‘unpublished’. Thanks also for support from the many who RTd, liked and DMd. Much appreciated. For more on the challenges facing the motorsport media: https://t.co/WnObK0shcS https://t.co/hVAL7vUgwc

"Part of the decision-making for me, I put myself in the mindset of ‘What if Honda and Red Bull kill it next year, and what if Max becomes world champion?'"

"While this development does not mean motorsport is wholly clear of this ruling, it is unlikely the EU Parliament will go against the initial IMCO Committee's vote."

"Our partners are stepping up now to allow us to do 10 (races), which we’re really grateful for. We need to step up now and show we’re capable of running in the top 10. I think we’ve got everything in place to be able to do that."

"Just because you’re good at NBA2K doesn’t mean you’re going to get to play for the Boston Celtics. But sim racing is different. The skills are all so transferable."

"Formula 1 is a pioneer in the field of data acquisition and evaluation, with hundreds of gigabytes of telemetry data being recorded, transmitted and analysed in real time to optimise on-track performance. The latest technology solutions are required for securely storing multi-Terabyte amounts of engineering data."

Why you shouldn’t expect live F1 coverage on YouTube any time soon:

Even if Sky didn’t have the broadcast rights in the UK you wouldn’t get the live coverage of testing on platforms like youtube because the wider broadcast contracts don’t allow for it.

While newer contracts that have been signed under Liberty have added a clause for F1TV there is nothing beyond that.

And while this is only a test since all the teams will be there & a full world feed production will be made available it fall’s under the same broadcast deals as a race weekend would.
@Gt-racer

60 comments on “Verstappen: You have to be ready for a title-contending car”