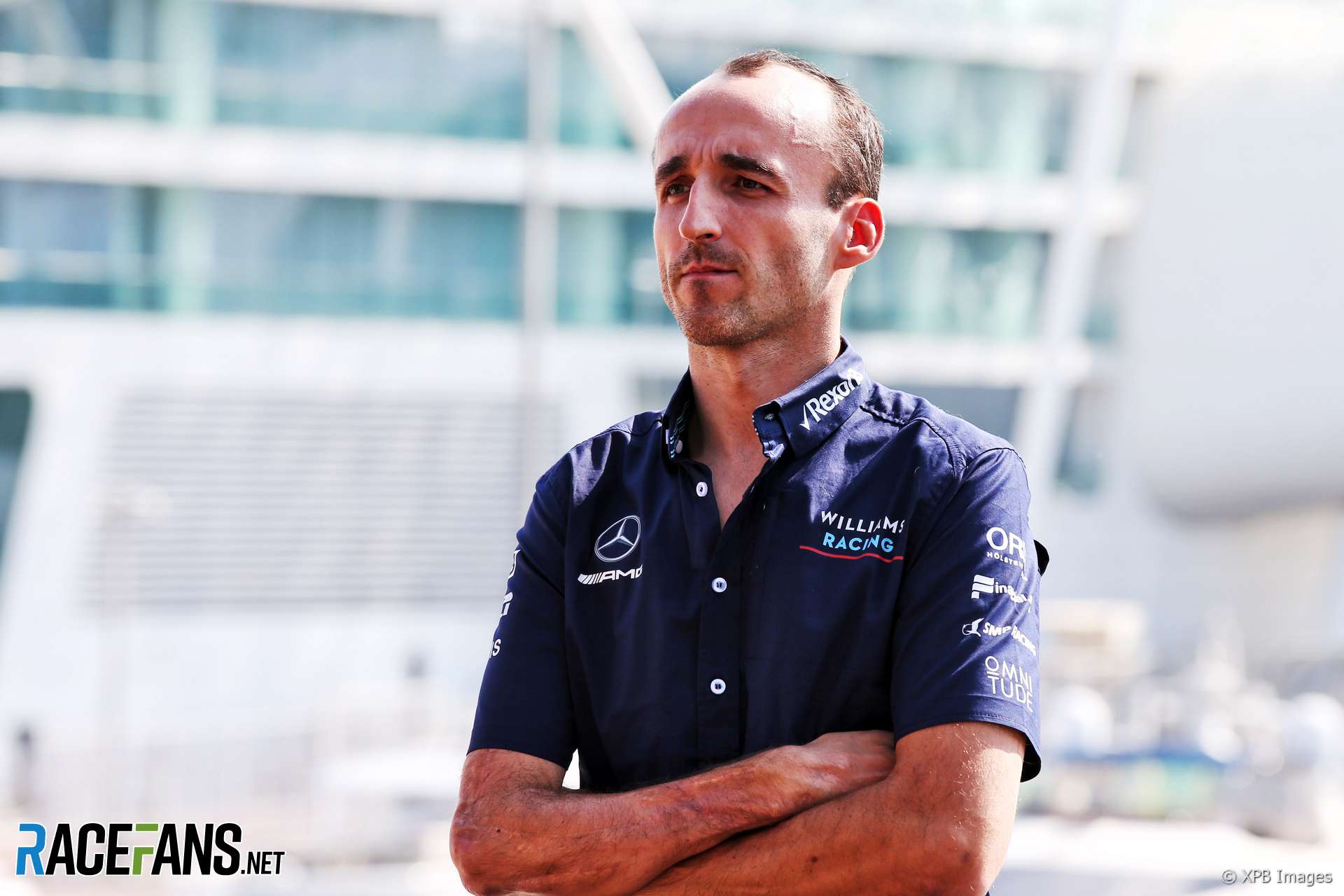 In the round-up: Williams is completely satisfied Robert Kubica has recovered sufficiently from his arm injury to be able to race in Formula 1 again, according to chief technical officer Paddy Lowe.

Williams chose to hire Kubica for the 2019 F1 season after considering the potential effect of his recovery from the injuries he suffered in his 2011 rally crash.

It’s clearly something we had to consider in the selection because you can’t pretend that’s not a potential issue. But now we’ve made our decision and we’re confident that Robert is absolutely top-class and ready to return to Formula 1.

Nobody will be even thinking about these issues. Maybe other people from outside may bring it up but it’s not even in our minds.

Here's @LewisHamilton's clarification on @instagram following the criticism of his "slums" comment about Stevenage at #SPOTY. #F1 pic.twitter.com/ZTj3hCSTjm

I’ve always been a Rossi fan but since I can’t replace the doctor himself, I thought I’d have half of it 😂😂 #quickmaths #AA23 pic.twitter.com/WaKGjYL5uE

You asked for the info, so here it is!

Gate 21 at Donington Park is currently undergoing a major revamp in time for the start of the 2019 season, and will improve the venue admission experience for all spectators. (1/5) pic.twitter.com/GPBrQMDRxX

Interesting to be @redbullring in mid-Dec, yet snow machines required for sports. Track, though, slightly white in run to T1. pic.twitter.com/QoWrjqja3r

Max Verstappen says he had no preference for who should replace Daniel Ricciardo but did advise team bosses 'what will work and what won't work'.

"We have options for Esteban for 2020, but of course he might also be an option for Mercedes - it depends how the season pans out in Mercedes and how Valtteri goes."

Renault let its own staff down - Horner (Autosport)

"The Ferrari Museum is dedicating a special exhibition to Michael Schumacher, which will open on the occasion of his 50th birthday on 3 January 2019 and last for a few months. It is intended both as a celebration and a mark of gratitude to the most successful Prancing Horse driver ever."

"Among other things he published a guide to more than 1,000 of the country’s brothels, complete with Michelin-guide style symbols (condoms signifying good hygiene, beds representing comfort, wallets representing good value for money and smiley faces reflecting an atmosphere conducive to good performance)."

How will Liberty Media implement major changes for 2021 when teams are putting up such resistance?

I would like to see how 2019 and how possible changes for 2020 would be received.

Nothing at the moment shows that 2021 would bring us new cars and competition.
Gus Maia