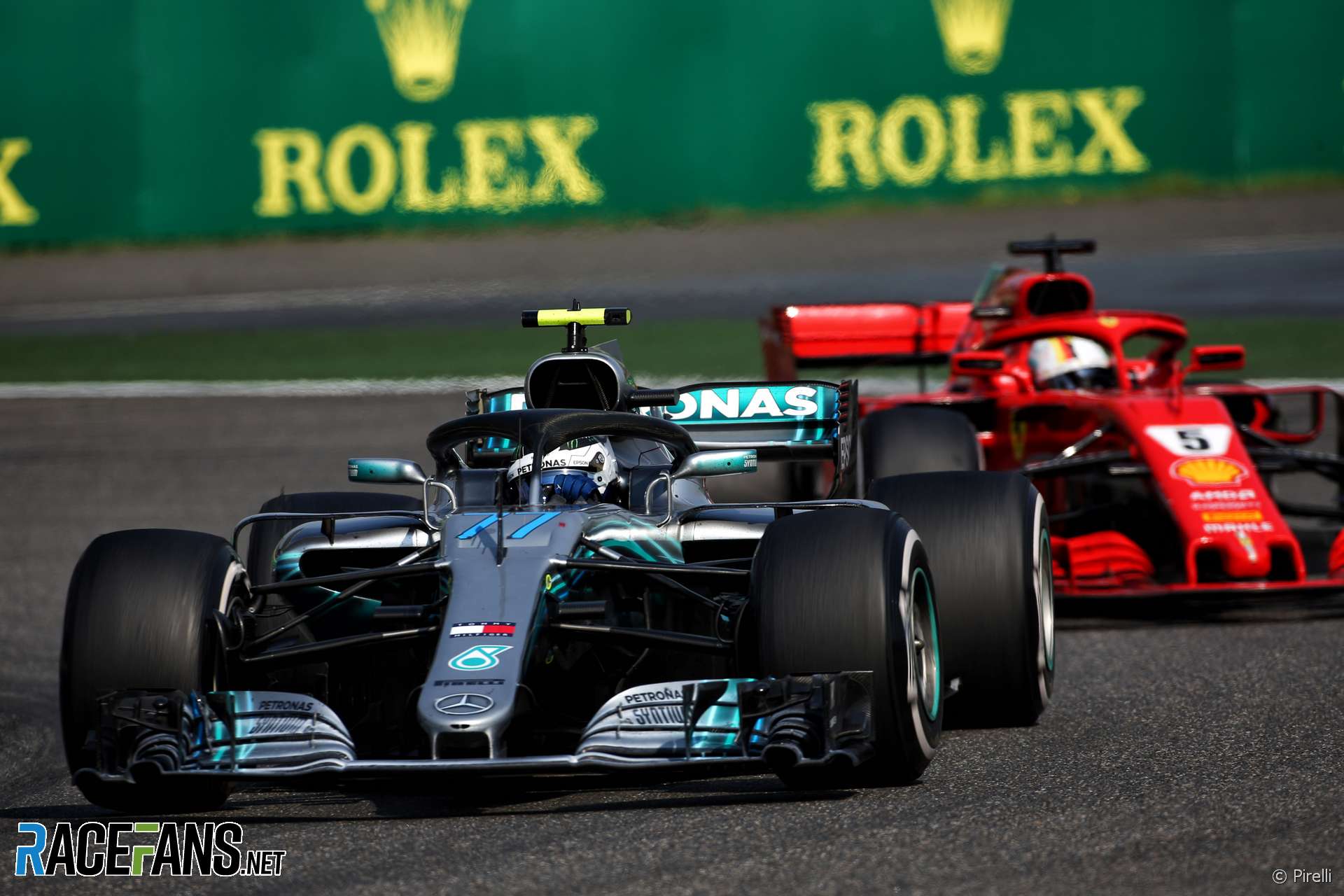 Valtteri Bottas showed he had raised his game in the first half of his second season at Mercedes, according to team principal Toto Wolff.

Speaking at the FIA Gala on Friday, Wolff said Bottas was unlucky not to win races early in 2018.

“I think he performed at a higher level in the first half of the season and that is reflected by the points,” said Wolff. “He would have been leading the championship after Baku.”

As Lewis Hamilton was in a close championship fight with Ferrari’s Sebastian Vettel, Wolff took the decision to use Bottas to support Hamilton in the latter stages of the title fight. He said this had an effect on Bottas’s motivation despite his driver’s denials.

“The moment you take away the ability to win the championship for a driver that is so focused on becoming a world champion, if he is in a Mercedes, that has a negative impact,” said Wolff. “It has also impacted Valtteri even though he says ‘no, I’m fine’. This is a fighter and I’m sure that this is a big blow that you have to mentally digest.

“He has not let this negatively affect the team. But I think he needs some time off now to recharge the batteries and come back again for another championship next year.”

Wolff said Bottas deserved credit for both Mercedes and Hamilton’s title wins. “We wouldn’t have won the drivers’ championship and the constructors’ championship without Valtteri,” he said.

“Valtteri, even with his bad luck, did never allow the spirit and the mindset to drop within the organisation. He was always capable to maintain the high spirits.

“You see drivers when they lose the ability to win the championship the whole thing goes really down the drain. It becomes negative, it becomes dysfunctional. Valtteri until the very end kept us in a positive place.”