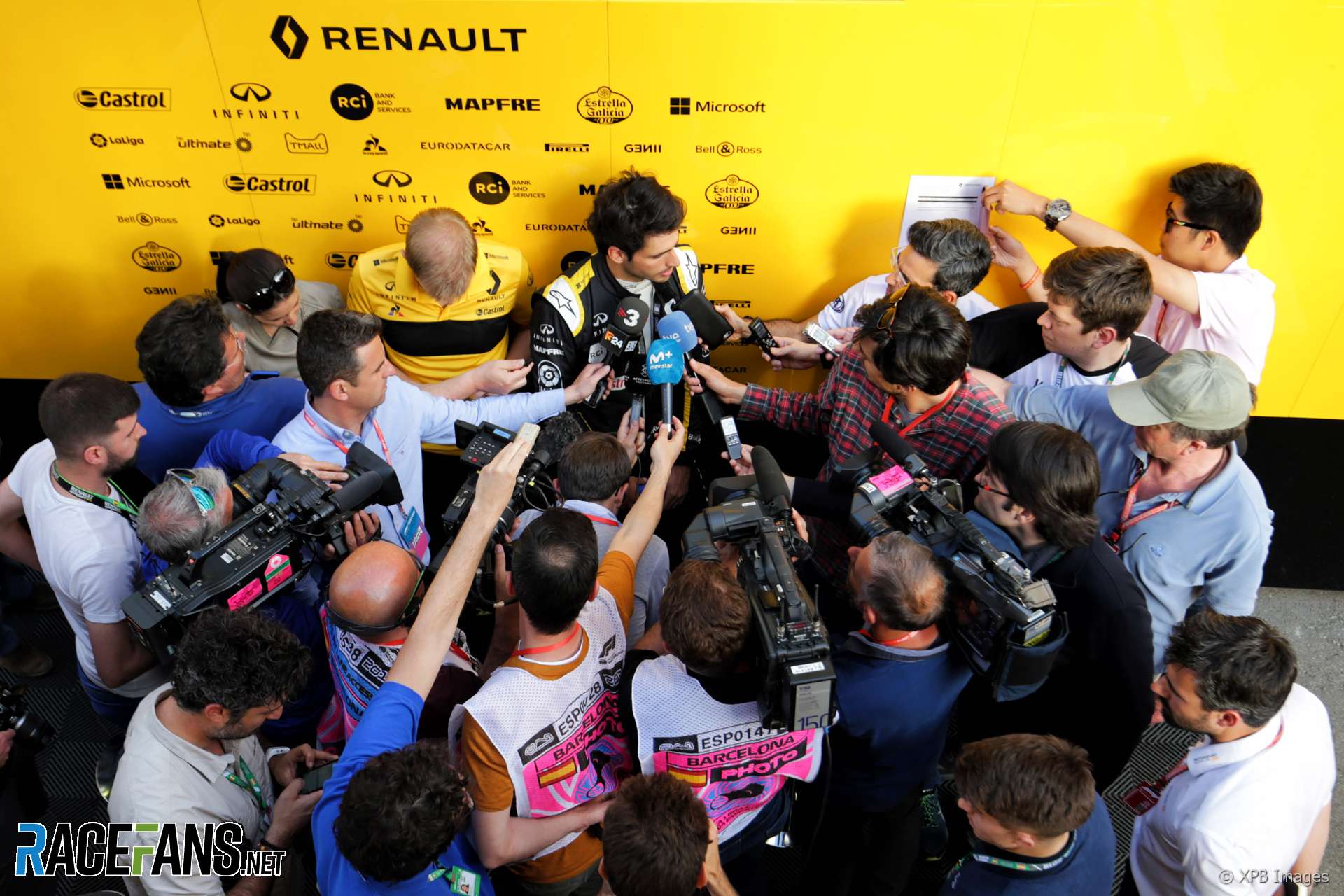 The single most recurring theme in Formula 1 is that of the need to cut costs. So much so that for the last decade the sport has been obsessed with budget caps; with the musts, wherefores, hows and whys of reducing costs of F1, whether costs to fans, costs of testing and simulations, overall costs to teams, sponsors and engine or tyre suppliers, and costs to race promoters of staging grands prix.

More column inches have been devoted to this topic than any other. We are no exception to this.

But at no stage have the costs of reporting on a full grand prix season been properly debated. Yet these costs too constantly increase in line with calendar expansion and F1’s gradual move away from its European heartland.

True, the amounts involved are clearly more modest than team budgets. But on a proportionate basis, these are as relevant to publications and media outlets as they are to F1’s major players.

Indeed, it could be argued that the teams are better off, for they benefit directly from increases in race hosting fees, whereas media outlets do not. Reader numbers – and thus income – are affected by shifting times zones and an increasingly obvious sense of over-saturation and ‘F1 fatigue’ as seasons wear on.

Covering a grand prix season is not cheap. Here’s a realistic breakdown of the current costs involved:

That totals almost £29,000. And that does not take into account unforeseen costs such as cancelled flights, and also reckons without unproductive periods spent in airports, in the air and in traffic – all of which have values attached. True, ‘bucket shops’ advertise cheaper travel, but their ‘from’ fares are just that, particularly during peak periods, which grands prix obviously fall into.

Of course these are all economy fares. Through judicious use of frequent-flyer benefits one may qualify for upgrades on long-hauls, but airlines consistently cut back on air miles on basic economy fares. A season of economy flights once provided sufficient miles for a full Australia return business-class flight, today one would be fortunate to accrue sufficient miles for upgrades (only) on half those sectors.

Similarly, cheap fares invariably involve stop-overs, adding to both travel time and fatigue, while media folk generally need two baggages due to the amount of kit carried, unless we wish to wear the same clothing for days on end – as some (unfortunately) do, even in equatorial climes.

Equally, cheaper hotels are available if one is prepared to slum it. AirBnB is also an option, but such accommodation is fraught with pitfalls if travelling professionally, and ‘iffy’ hotels are known to cancel shortly before events – when they sniff a surge in rates – leaving few cost-effective, last-minute options. Not what one needs when travelling to foreign lands, with deadlines to meet.

Visa costs obviously vary by nationality but, for example, Australia rips off its professional visitors by insisting on working visas that come in at £200 – for an effective 4/5-day period. An increase in the use of visa ‘services’ – who do little but add three days to the process – by embassies has increased visa costs by up to £50 each. And, forget not, journalists now require media visas for many foreign lands.

Why am I telling you this? To evoke sympathy? Not at all – I love my job! But the reality of the costs journalists face in covering international motor sport is clearly not well understood.

We often get questions about the need for advertising on RaceFans and why we have a Supporters programme. These are the costs we have to meet in order to our readers the latest in breaking F1 news directly from source, unbiased and objectively. To do so we need to be on-site Thursday to Sunday, to mix and meet (and, at times, mingle) with drivers and team bosses, and other players.

To gain paddock access, publication need to convince the FIA media department that applicants are bona fide media professionals able to deliver top-quality reportage. Once a journalist has attended 14 grand prix (two-thirds of a season) they may apply for a year-long pass. Publications represented by members of the ‘red’ media pass brigade have put in the time and effort and incurred the sort of costs outlined.

Green passes are issued on single-event basis, usually to national media members or publications that dip in and out of F1, usually for cost reasons. Then there are those who do not, for whatever reason – draw your own conclusions – physically attend grands prix, yet have no qualms about ‘aggregating’ material, often passing it off as their own work.

To seasoned observers such aggregators are the laughing stock of our craft, referred to in disparaging terms, for inevitable errors slip through in their cack-handed attempts at disguising original sources. Worse, they regularly nick off each other in the hope that if similar material is published by at least one other source, it must be true!

It is, of course, impossible to cover all news all the time – even for accredited media – but original sources should always be cited correctly. To distinguish accredited media from stay-at-homers, simply seek quotation marks or clauses such as ‘XYZ told [media] in [venue]’.

You can bet ‘F1 journalists’ who don’t hold full accreditation nary mention the privileged access such passes facilitate. On the contrary, they imply that gaining FIA accreditation means kowtowing the official line, but anyone who has read some of my more critical writings realises that is not at all the case. Obfuscation springs to mind…

Should it make a difference to you, our readers, whether writers hold accreditation? Absolutely, for various reasons, not least that without journalist access there would be no questions during press conferences, no hard news from the paddock. Of course teams issue press releases; of course Liberty (now) has scribes pushing its messages – but you can guess how objective that stuff is.

For example, does Liberty’s official site Formula1.com utter a single word about former F1 tsar Bernie Ecclestone’s take on the current state of F1? Nope. Is it relevant? Some, yes, but it requires skill to differentiate and editorial courage to publish. Imagine what a free media, granted full access to broadcast interviews on social media platforms such as Twitter, could do for fans. Hence the vanilla stuff currently pumped out by Liberty.

Equally, do teams reveal what gets said behind closed doors? Obviously not. Do team personnel share stuff with accredited media members they trust? Certainly, and far more often than with unaccredited folk they’ve never met…

Is it coincidental that most ‘scoops’ are revealed by accredited publications, then regurgitated by the rest? It comes down to relationships built up over many years, the creation of a bond that makes our travelling circus a fraternity bound by a genuine, deep love for the sport.

Let those who gleefully copy our work yet profess to be F1 journalists put their money where their (massive) mouths are by committing to 30 grands worth of travel in 12 months, then spend 120 days per annum (and counting) away from family and friends…

A senior Liberty Media figure recently suggested to me I was the most ‘negative man in F1’ on account of some critical (of F1) features we had published. After challenging him to list errors, I pointed out I had covered my travel costs to over 300 grands prix over a period of 20 years. How many of their grands prix visits had they paid for, I wondered? I didn’t get a reply…

Of course, no system is perfect, but there are checks and balances in the FIA accreditation system: We face team personnel every fortnight – or more regularly since the calendar exploded – whereas stay-at-home dudes don’t, so have no qualms about writing hogwash. Thus accredited folk build relationships with sources – our bread and butter – and maintain mutual respect, which cuts both ways.

Does that, though, mean we pussyfoot about issues? I talk only for RaceFans, but the answer is a resounding ‘No’: we realise our readers are discerning; hence we strive to tell it the way it is. From experience, the same applies to most established publications. Indeed, I hazard that we are harder hitting, simply as we have direct access to the people, to solid off-record sources, and to developments as they unfold before our eyes (and ears).

In short, through relationships and access, we are able to cut through the chaff and home into the three sides of every F1 story: one side, the other, and the truth. Beware journalists who are everybody’s friend; equally, avoid those who are friends with none, for there are often good reasons…

All this said, imagine the effect calendar expansion has on media budgets, particularly as future races are increasingly likely to be held in foreign “destination cities” as replacement for “unattractive events”, as Liberty F1 CEO Chase Carey recently referred to grands prix that refuse to pay eye-watering amounts for Liberty’s ‘show’ (yes, Silverstone, I think he means you).

Such cities base decisions on economic impact projections and thus visitor numbers at inflated hotel prices – adding further cost pressures for media. Then, consider that Liberty/F1 has as corporate sponsor Emirates, which services most grand prix destinations, and thus able to predict surges in passenger numbers, then adjust prices accordingly. The teams, though, are given 20 air tickets by the commercial rights holder…

More races entail more costs and commitment (and yet more nights from home), yet advertiser budgets are finite. Thus the number of journalists covering events on-site is steadily decreasing: a conservative estimate puts the drop at over 30% in the course of the last 10 years. That means a reduction in the number of stories published at source. F1 deserves a free and fair press, and that cannot be achieved through bland media material fed down the line by Liberty’s PR-journalists, or team media officers.

Where once 16 races per annum was the maximum, the norm is 21 and counting: Liberty constantly refers to 25-round championships, incurring cost increase of over 25% given that additional races are likely to be double- or even triple-headers, with commensurate increases in the number of bed-nights.

Consider three ‘foreign’ grands prix over as many weeks, then factor in the before-and-after travel time. That equals a month on the trot. Then calculate the costs (even discounting the potential consequences of Brexit). The teams’ response has been to counter 15-race calendars, or corresponding increases in projected budget cap levels. The media does not, though, have such levers, and thus quality reportage is likely to decrease further as costs rise.

Unlike other series, which ‘sponsor’ media folk to cover their events, then demand editorial pay-offs, F1 – in common with prestigious championships such as the World Rally Championship, World Endurance Championship and Moto GP – does not contribute a brass bean towards travel. Nor should it, for it enables us to be truly independent.

The bottom line is that accredited F1 outlets need your support more than ever. We believe the pinnacle of motor sport deserves original, independent coverage. We are always receptive to your suggestions for improvements and deeply grateful to those who contribute directly to the costs involved, which this article has hopefully illuminated.

A year ago I joined Keith at RaceFans.net (then F1 Fanatic) to provide fully accredited news reportage from the world’s F1 paddocks in order to better serve you, our reader. You be the judge whether such access has made a difference.

Read Dieter’s first-hand accounts of this season’s races in his Formula 1 Paddock Diaries. You can become a RaceFans Supporter and get an ad-free account from just £1 per month (other currencies supported)

87 comments on “Why original motor sport journalism is under pressure”