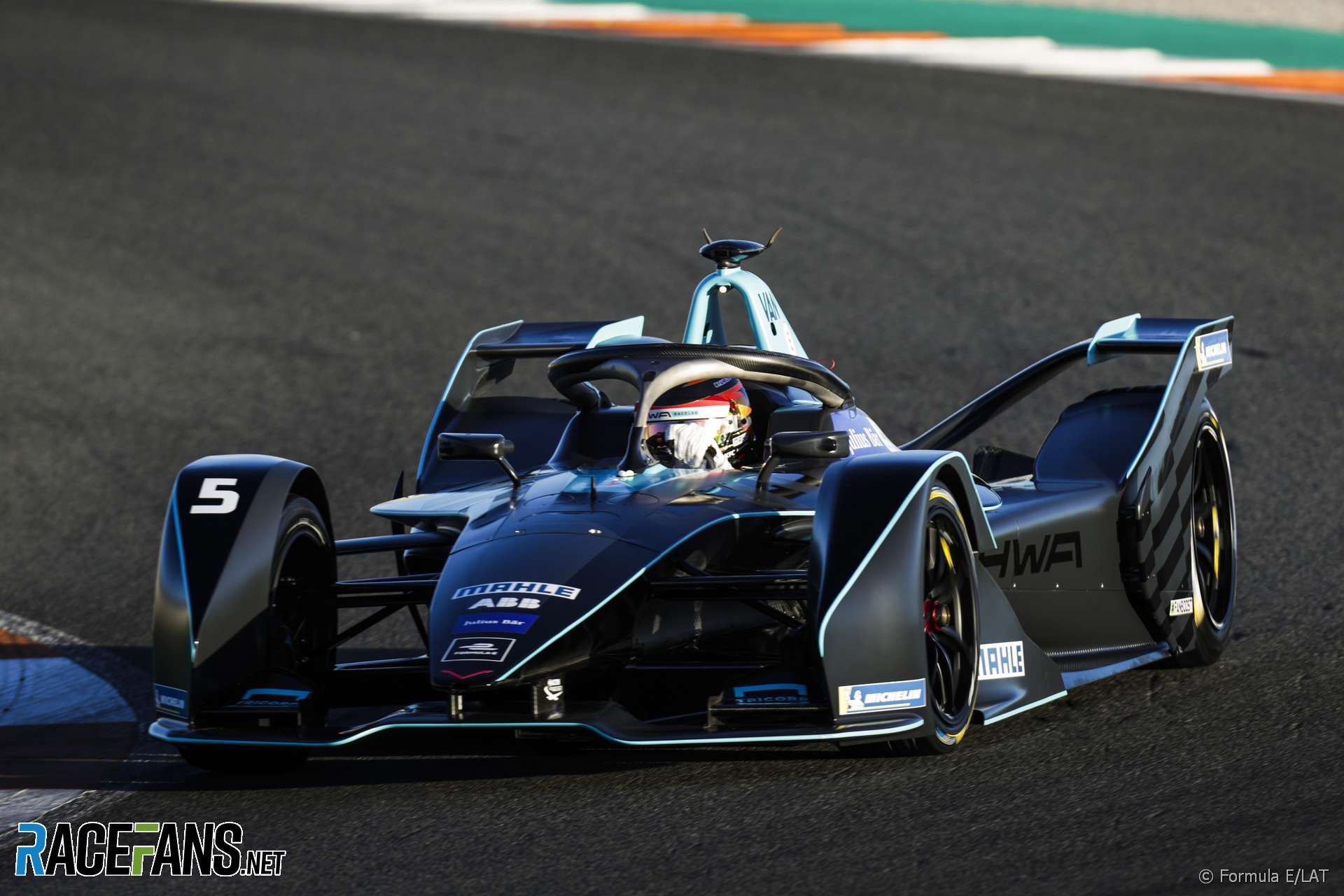 Stoffel Vandoorne says his switch to Formula E is a completely new challenge that he is 100% dedicated to, calling the racing “exciting” despite slower cars.

Vandoorne travelled to Austin for the US Grand Prix after completing two days of testing with his new Formula E team, HWA, in Valencia, Spain. Open testing included all cars for season 5 of the championship on track and a simulated “race” to test the new 45-minute format and Attack Mode.

Speaking to media about his experience, Vandoorne said that the series differed starkly from what he had become used to in and on the way to Formula One –

Vandoorne became involved with the Mercedes ex-DTM outfit via Mercedes F1 boss Toto Wolff, around the time of losing his seat at McLaren to Lando Norris for next year – “It started in September when I received a phone call from Toto and he asked if I wanted to join the Formula E project.

“For me that was quite an easy decision to go there, in terms of what the future is holding for the team it looks like a very exciting project so I’m very glad to be part of that”

Vandoorne described the series as up-and-coming and that he expects the cars to get quicker with the pace of electric vehicle development, “It’s an up and coming series, if you look at how long they’ve existed – only four years – and so many constructors have joined, you can see that people look at this as the future and I think it has huge potential.

“Electric development is in such an early stage that cars will keep getting faster. If you look at the step from generation one to generation two cars we’ve already made a big step, whenever the new generation will be that will be another huge step forward.”

Vandoorne said he was looking forward to racing in the series, after a difficult stint in Formula One – “It’s been a shame not to have better results in Formula One but sometimes that’s the way it goes. I’ve probably been at the worst time with McLaren in terms of the car and the car performances so that’s something I couldn’t really control.”

“I think especially in qualifying it’s more or less pushing flat out, trying to maximise everything you have out of the car but I think especially in race conditions where you have to be efficient in the quickest way possible, that’s where you can make a lot of difference as a driver but also as a team with how good the software is and how you regulate all those factors.”

Vandoorne will finish the Formula One season with McLaren before moving to Formula E full time, with no side programme confirmed alongside his HWA duties, which he described himself as being “100%” dedicated to after Abu Dhabi.