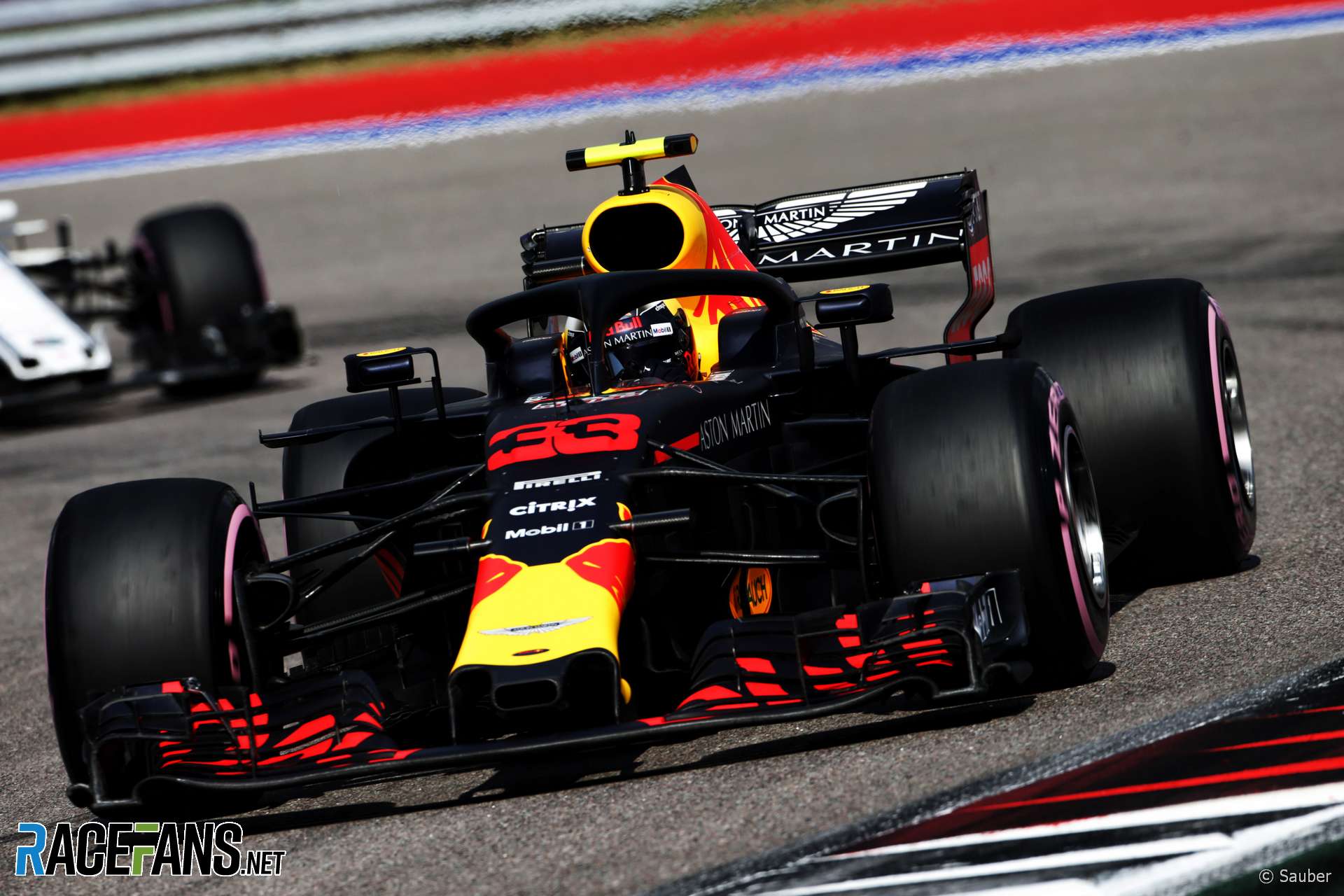 Red Bull expected to struggle around the power-sensitive Sochi Autodrom, so both drivers opted to start at the back so they could take new engines. This meant that in qualifying Verstappen only set a time in Q1 which was good enough for third, quicker than both Ferraris. From 19th he was 13th by the end of the first lap. Verstappen continued to slice through the field at an impressive rate and found himself in fifth, only 19 seconds off the lead within eight laps.

He inherited the lead after all the other front runners had stopped and stayed on the soft tyres until lap 43. He switched to the ultra-softs for the remaining 10 laps but refrained from challenging Raikkonen, and saved the engine for races in the future where Red Bull could be fighting for the victory.

Leclerc continued to demonstrate Ferrari have good reason to place their faith in him. He made it into Q3, beating Ericsson by two-tenths, and passed Ocon at the start, fighting him off for the majority of the first lap. On the next lap he went around the outside of Magnussen through turn three, in one of the best overtakes of the race.

He spent the rest of the race with a healthy gap back to the Haas and only had to yield to the much quicker Red Bull drivers. He finished best of the rest for the first time this year and described it as being like a “win” for the team.

Bottas took advantage of Hamilton’s mistake on his final run in Q3 to take pole by a tenth and a half. In the race, Bottas survived the long first straight and opened up a healthy gap in the first stint. Mercedes used Bottas to slow Vettel to help Hamilton pass.

Once Hamilton got by the Ferrari, Mercedes became concerned about the state of his left-rear tyre. Because of this and, they later admitted, in order to maximise Hamilton’s championship points, team orders were applied and Bottas was told to let Hamilton through. They held position for the rest of the race, Bottas missing out on what should have been his first victory of the year.

Daniil Kvyat’s confirmation as Pierre Gasly’s replacement for the 2019 F1 season raised questions about whether Hartley will keep his place in the team. He may need to give a better account of himself than this. Hartley was six-tenths behind his team mate in qualifying, unable to replicate Gasly’s high mid-corner speeds.

However the weekend wasn’t without obstacles. Honda decided to save the spec three engine they ran on Friday for their home race next week in Japan, meaning he and Gasly received significant grid penalties. Three laps into the race a problem with his front brakes forced him out.

McLaren knew they would struggle in Russia due to the aerodynamic efficiency problems with their chassis. With Alonso set to take a grid penalty for an engine change, the team tried to boost Vandoorne’s chances of reaching Q2 by using Alonso to give him a slipstream. This strategy didn’t work and Vandoorne was knocked out in Q1, four-tenths off of Alonso.

In the race, Vandoorne started on the ultra-softs and finished 16th on the softs but neither McLaren was a contender for points.

Despite bringing a substantial upgrade for the SF71-H, Ferrari were further off Mercedes’ pace than usual and seemed to lack their recent straight-line performance. Kimi Raikkonen wasn’t on Vettel’s pace all weekend, but the car wasn’t quick enough to out-qualify the Mercedes pair.

Good strategy work got Vettel ahead of Hamilton but he lost the place a lap later, backing down at turn four after a firm defensive move two corners earlier. He later admitted he would probably have kept Hamilton behind until the end if he’d resisted this attack more firmly.

Hamilton was beaten to pole by Bottas after losing out on pole and ran behind his team mate until the Mercedes pit wall intervened. Daniel Ricciardo came a distant sixth after losing a significant piece of his front wing on lap one which affected his pace until the team replaced it on lap 39.

Having been perplexed by the hyper-softs on Friday, Magnussen qualified best of the rest on Saturday. But he lost fifth place to Leclerc on lap two and spent the remainder of the race keeping both Force India drivers behind. Nonetheless he easily had the beating of Grosjean, who finished outside the points.

Team orders were in use at Force India as well as Ocon and Perez took turns trying to get by Magnussen for the majority of the race. In the end they were unsuccessful but they came home in the points.

Ericsson made another Q3 appearance but was never close enough to contest Leclerc at any point during the weekend. In the race he fell out of the top ten thanks to the charging Red Bulls.

Gasly started from the back thanks to an engine change and suffered a front brake failure three laps in, just like his team mate.

Renault struggled all weekend as they struggled to get anywhere near the points. They qualified 14th and 15th and in the race Hulkenberg was only able to recover to twelfth while Sainz went backwards and finished 17th. Alonso was in a similar situation to Renault thanks to the same power unit and managed to beat his team mate but anything more than that was unrealistic.

Williams experienced the same result as nearly every other race this season. Sirotkin finished last among the finishers in his home race while Stroll climbed to 15th.