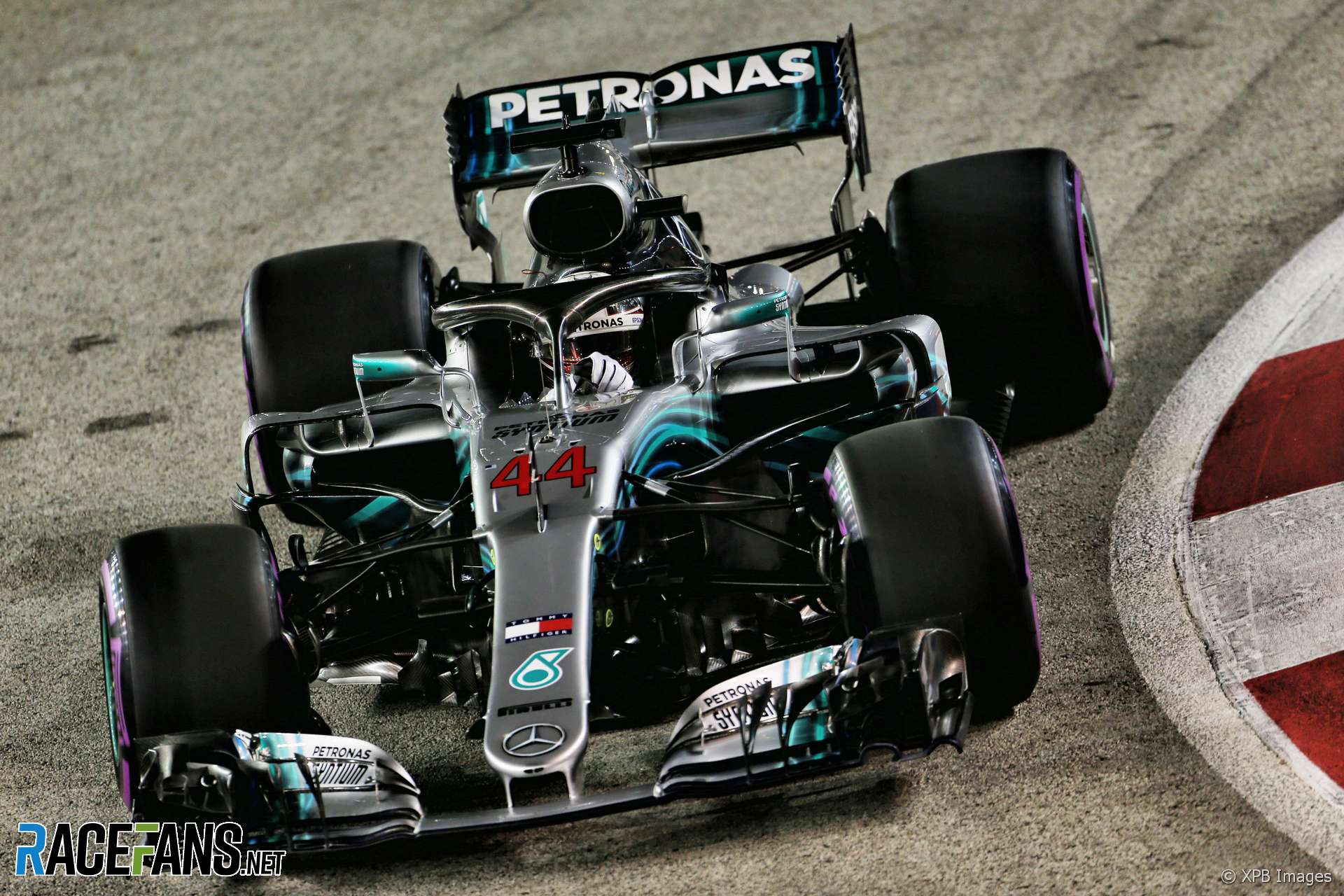 Lewis Hamilton has urged Mercedes to bring forward the introduction of parts designed for their 2019 car to this year’s season finale in Abu Dhabi.

Hamilton’s 40 point lead in the drivers’ championship gives him a realistic chance of winning the title before the final race of the year. But he said he is leaving nothing to chance and urging Mercedes to bring forward the arrival of some 2019-specification hardware.

“I’m saying can you bring things forward in Abu Dhabi race, please make this component which takes a lot of work, get it to the race because I want to feel it in the race weekend. Rather than the next year, in February or March when we start testing, and it’s too late. Keeping the pressure on these guys.”

However the team has also made strides with understanding how to get the best from its W09 as well as developing it. “We’re going from strength to strength as a team in terms of our understanding of the car, how we utilise the tools we have,” he said. “We’re far more comfortable at out job right now.

“Six races ago we were definitely questioning, we were struggling in this area, we’re still trying to find that bit of magic. But I think we’ve now figured the car out, we know where we are, we know what we’ve got to do to add to it.”