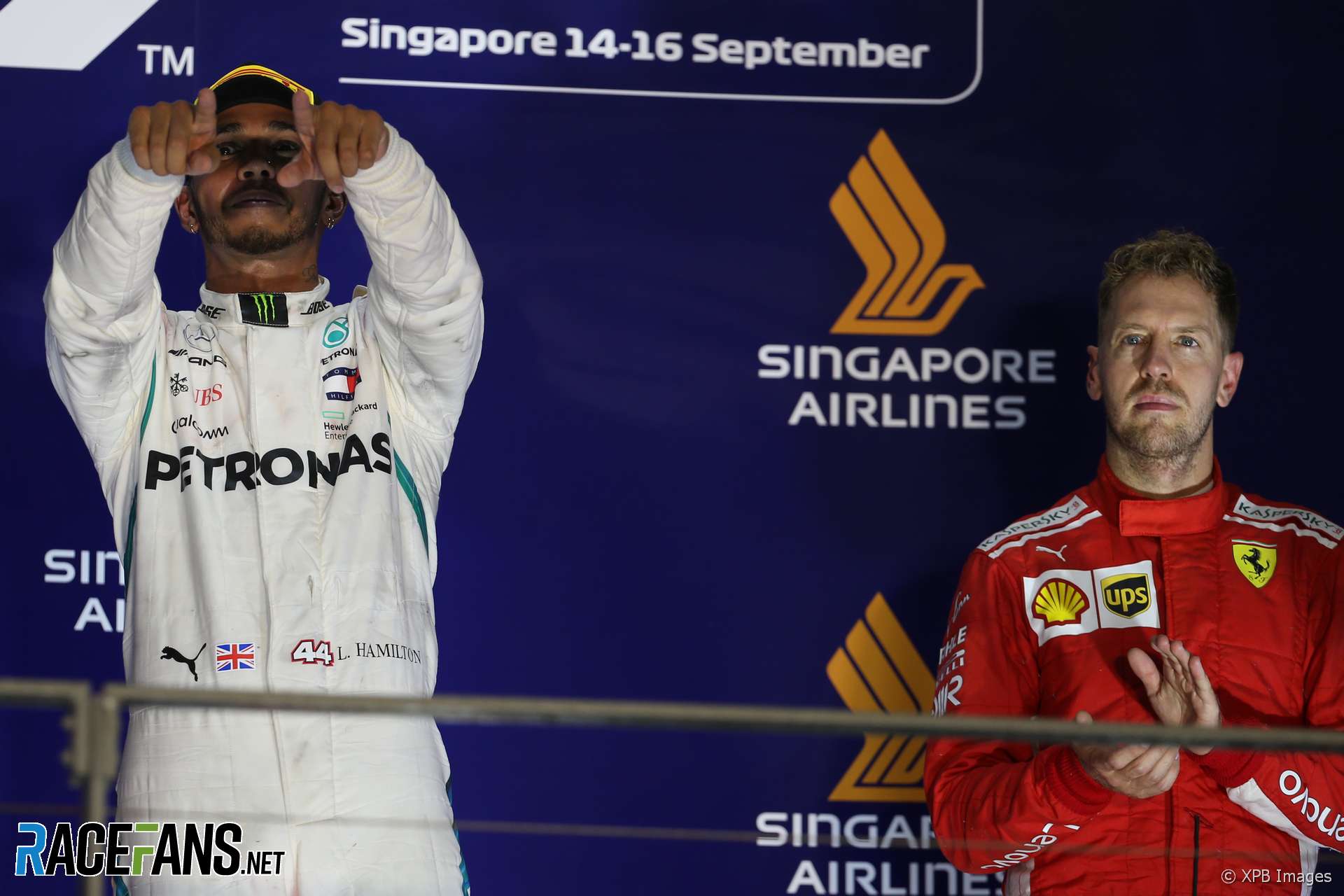 “It’s not the result that we wanted,” he said, “and it’s a disappointment because we came here thinking that we are very strong.”

Vettel ran second behind Hamilton in the opening stages but an attempt to jump ahead of the Mercedes by switching to the ultra-soft tyres backfired. He lost time behind Sergio Perez and fell behind Max Verstappen.

After dropping behind the Red Bull, Vettel told his team they had warned him “too late” about the threat from his rival. However he said the gamble of pitting early and putting on ultra-soft tyres in a bid to get ahead of Hamilton had been a risk worth taking.

“I will always defend the team,” said Vettel. “I think the decision we took in the race, the decisions to try to be aggressive, if it works it’s great, today it didn’t work.

“Obviously it didn’t work by quite a bit and we need to look into that. But I believe we saw something and that’s why we go for it.

“Inside the car it’s difficult to be on top of everything because you cannot see where you come out etc. We were aggressive in trying to get ahead, taking into account that we have to go through traffic, which in the end bit us also, to lose the second place. If it doesn’t work it is always easy to criticise but I will always defend what we did.”