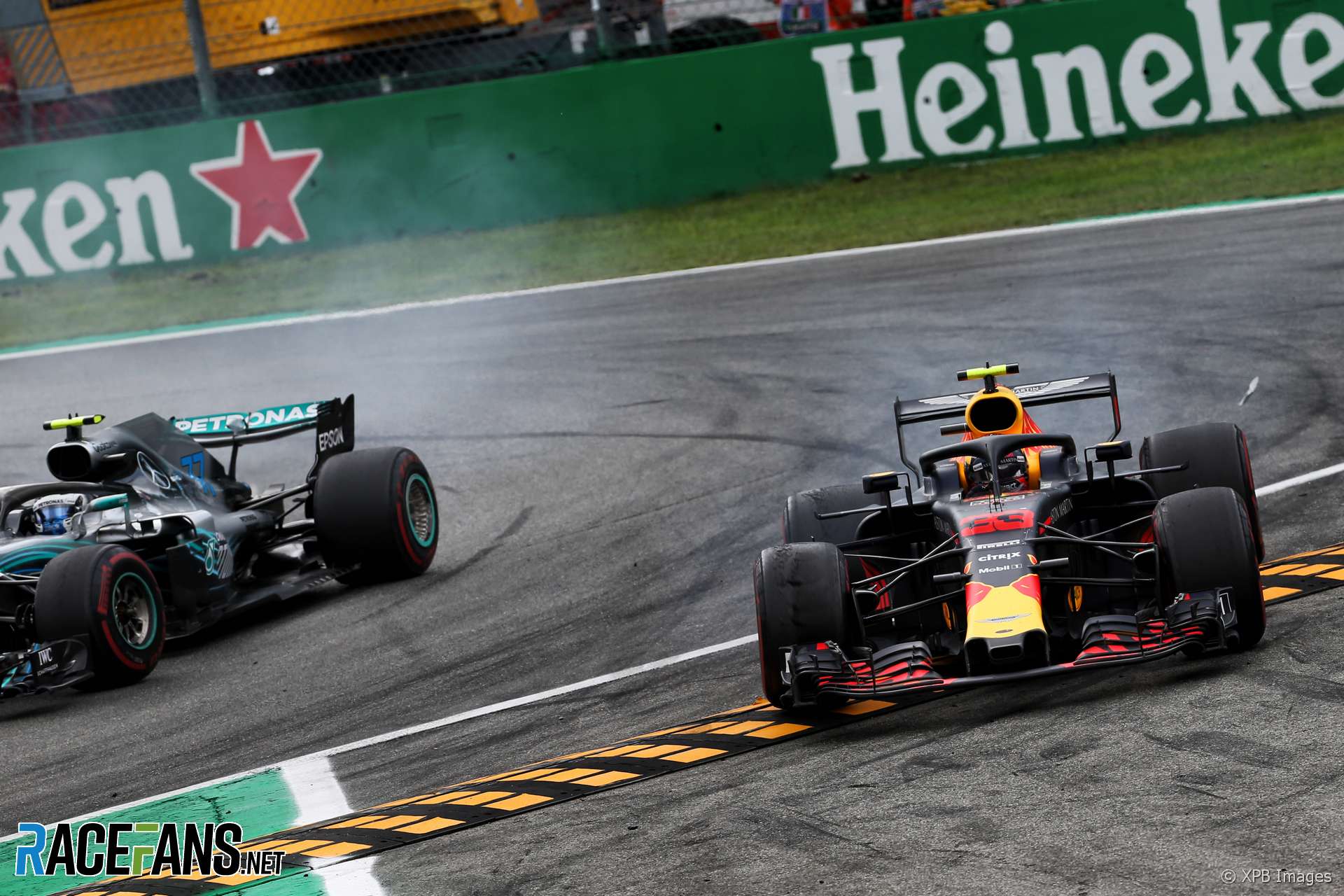 Max Verstappen was given a one-off warning for cutting the chicane during the Italian Grand Prix while trying to keep Valtteri Bottas behind him.

FIA race director Charlie Whiting confirmed the Red Bull driver was warned for cutting turn two when Bottas closed on him in the first stint of the race.

Bottas told his Mercedes team on the radio: “I think he gained a small advantage.” His race engineer replied: “Yeah copy he left the track and gained an advantage.”

According to Whiting teams were advised their drivers would get a single warning if they cut the track in that way and a penalty if they did so repeatedly.

“We told the teams we would give them one ‘free’ one. Unless of course he cut the chicane the first time and gained five seconds and kept it, then we wouldn’t let him have that.

“But this one he just stayed in front of Bottas and he could, in theory, do that every lap. He wouldn’t gain a position but stay in front.”

After Verstappen cut the corner Red Bull told him: “He was nowhere near a pass then Max, didn’t need to worry.”

Whiting added he wasn’t bothered about Verstappen’s outburst on the radio claiming the stewards were “killing racing” by giving him a penalty for a separate incident with Bottas at the same corner later in the race.

“I don’t think you can take too much from comments made in the heat of battle,” he said.