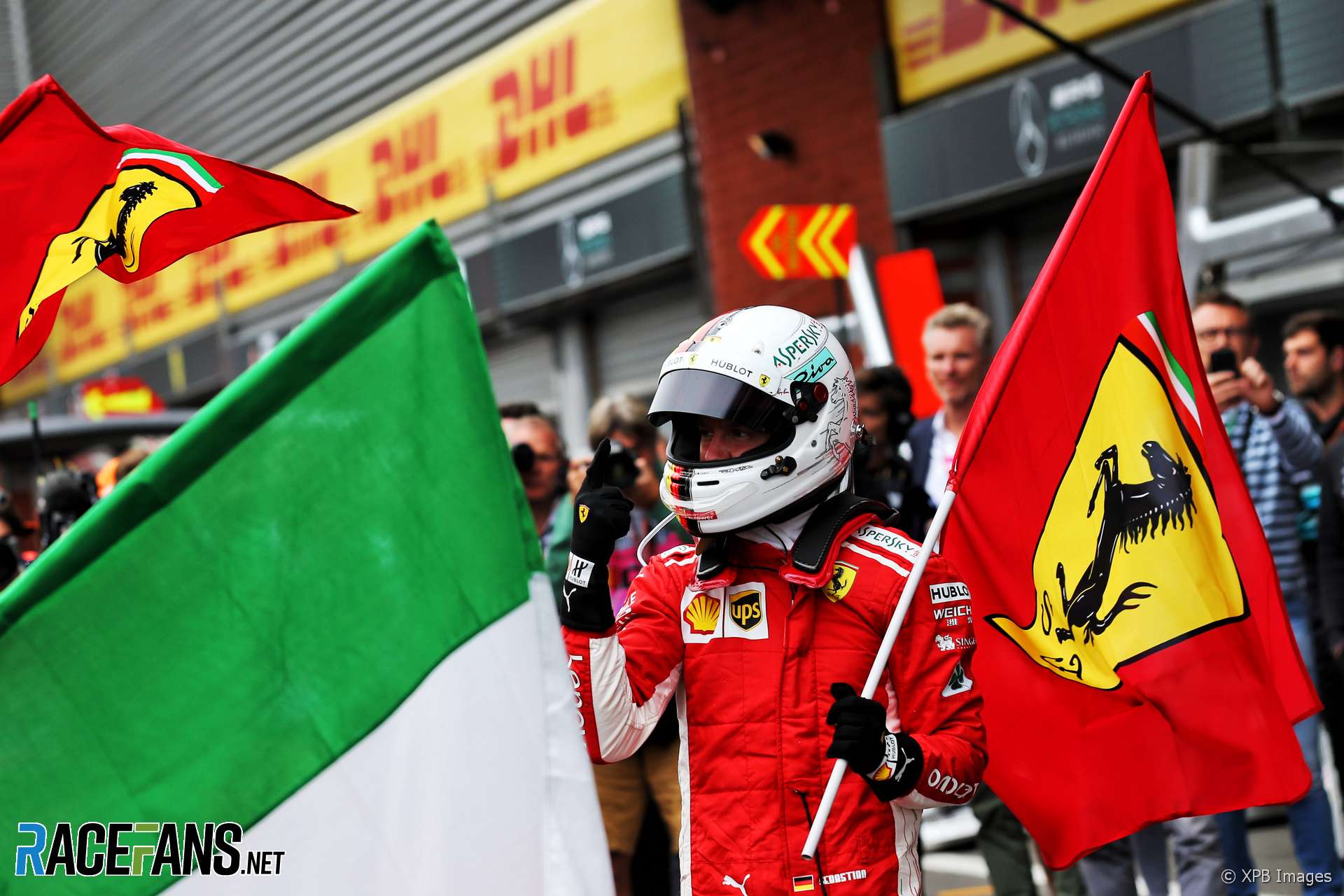 The Italian Grand Prix will remain on the 2019 F1 calendar but does not have a contract beyond next year’s race. As RaceFans reported in June, the promoter is seeking a $9 million cut in its fee from Formula One Management.

Vettel admitted he is concerned about the future of the event and said he hopes Ferrari’s recent successes, including his Belgian Grand Prix victory last weekend, “helps Monza to boost the race.”

“I’m sure that we get a lot of support but I also hope it helps Monza to stay on the calendar for a long time because I heard some rumours,” he said.

“I’m looking forward to going to Italy because I spend a bit of time there. But racing in Italy, especially for us with the Ferrari, it’s our home race so it should be a lot of fun.”

Vettel is seeking to become the first Ferrari driver to win at Monza since Fernando Alonso in 2010. However he said his victory at Spa doesn’t change his approach going into the weekend.

“I think it would be nice anyways to go to Monza,” he said. “If you are dressed in the right colour, which I am, then Monza is always an absolute highlight. I don’t think, as a racing driver, it gets any better than that.

“Now maybe with a win here the week before the race maybe it does get better, I’m curious, but I think Monza is a great race. There’s so many families and support from our own people there but the main thing obviously is all the fans, Ferrari fans.”