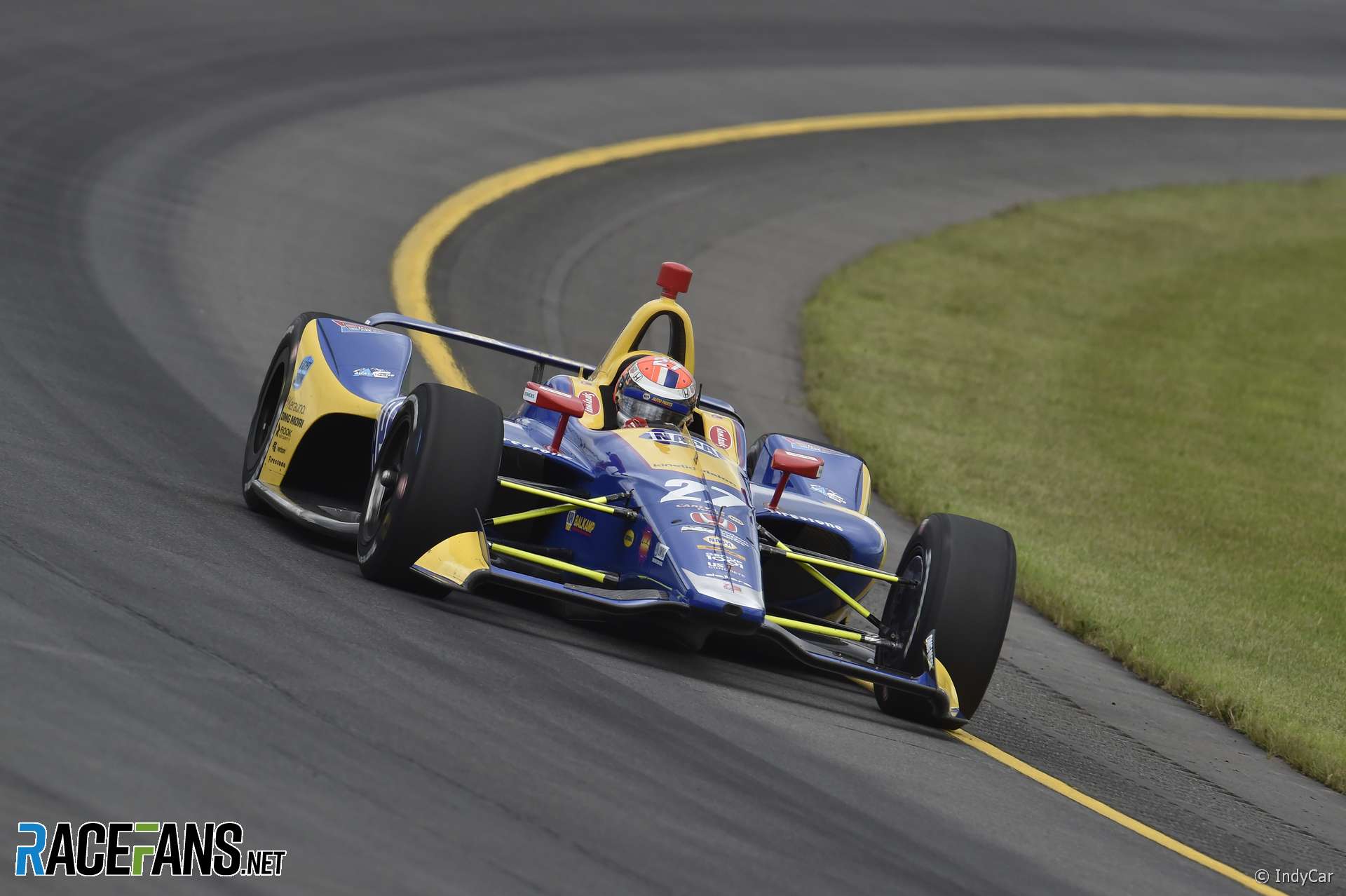 Alexander Rossi won his second IndyCar race in a row after a shocking crash for Robert Wickens delayed the Pocono 500 by two hours.

Wickens was launched into the fence at turn two on the seventh lap of the race following contact with Ryan Hunter-Reay. He was described as being “awake and alert” by a series official following the crash, and was transferred to a local hospital. The crash also eliminated Takuma Sato, James Hinchcliffe and Pietro Fittipaldi.

Extensive damage to the barrier Wickens hit delayed the restart of the race. The call to resume was given despite one driver, Sebastien Bourdais, voicing his concern about the quality of the repair job.

Pole sitter Will Power briefly regained the lead from Rossi in the second half of the race. But Rossi caught and re-passed the Penske driver with little difficulty, and re-established a lead of almost four-and-a-half seconds by the time the chequered flag fell on the 200-lapper.

Scott Dixon limited the damage to his closest championship rival by recovering from 13th on the grid to finish third, six-tenths of a second ahead of Bourdais. The last two cars on the lead lap crossed the line with Rossi a few seconds behind, underlining the dominance of his performance.