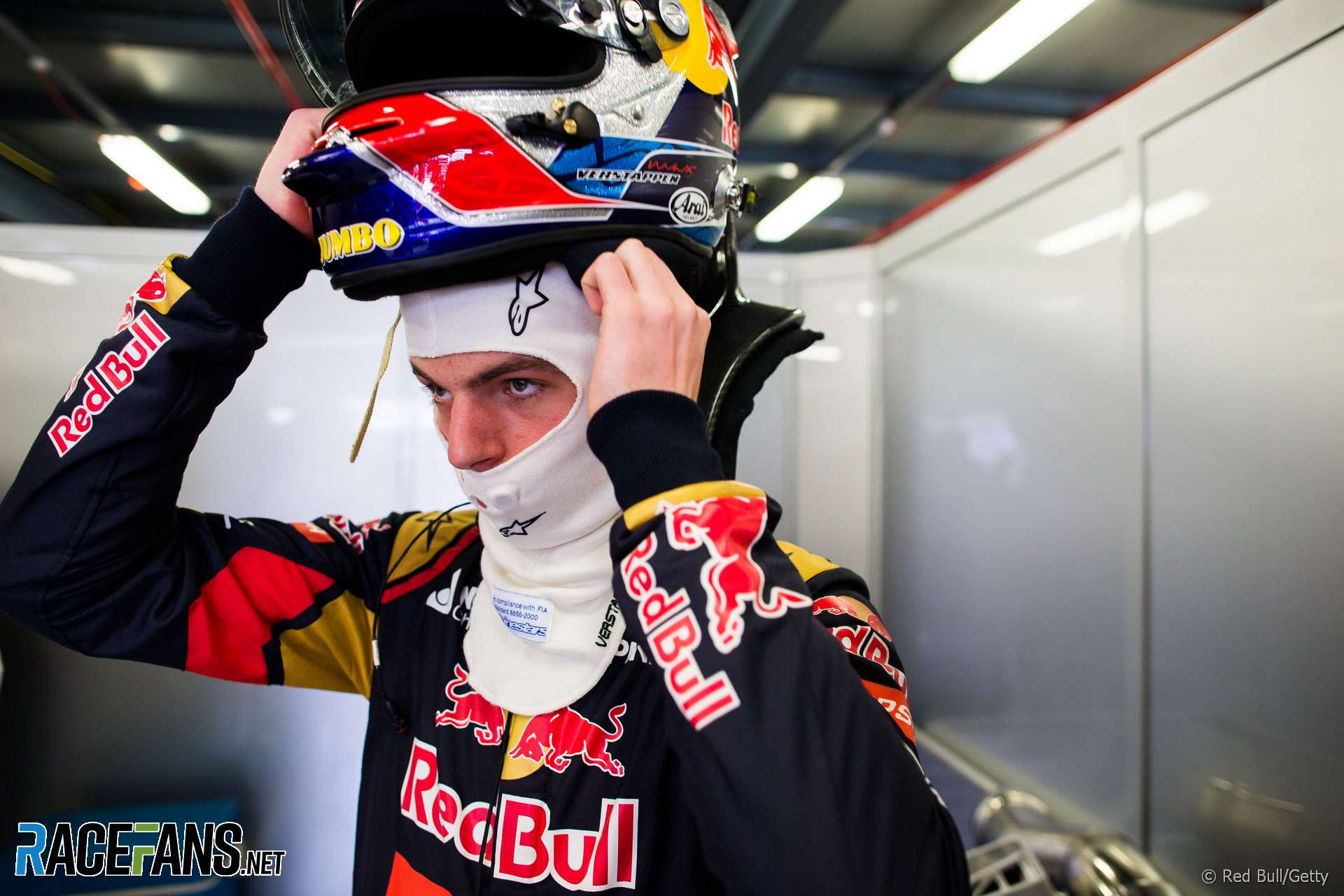 Daniel Ricciardo’s impending departure from Red Bull leaves the team in the unfamiliar situation of needing to fill a seat for next year, knowing the incumbent is off to a rival team.

They did not see this coming. Before Ricciardo’s departure motorsport director Helmut Marko said publicly the driver lacked any realistic alternatives to them for the 2019 F1 season. Afterwards, team principal Christian Horner admitted the development caught him by surprise.

It leaves the team scrambling for a new driver to place alongside Max Verstappen. Unsubstantiated reports earlier this week claimed Verstappen has a ‘veto’ over who can join him at the team next year. None of the publications peddling the story appear to have offered anything to support that claim.

However Red Bull’s long-established modus operandi indicates they are likely to promote one of their juniors. After all this is the team which, uniquely, has gone to the trouble of running an entire second F1 team just to blood new talent for the top squad.

Horner indicated this is the plan again, saying they intend to “invest in youth” rather than seek a more experienced hand to join Verstappen next year.

But do they have enough talent available to promote entirely from within? Four years on, the speed with which they promoted Verstappen to the top team has left them short of options for the three seats they now need to fill.

“Both of those guys are very quick drivers,” said Horner. “This just gives us an opportunity to take a breath. They’re under contract anyway to the end of the summer or beyond. We’ll just look at the options available to us and make sure we make the right decision for the team.”

However he dropped a hint that the many calls to his phone from those outside the Red Bull scheme would not be ignored. “It’s an incredibly attractive car to drive,” he added. “I don’t think we’re going to be short of requests and offers.”

In theory Sainz, who ‘graduated’ from Toro Rosso last year, should be first in line. But the fact he hasn’t been announced already indicates Red Bull is giving serious thought to alternatives.

Before Ricciardo’s move was announced, Sainz said he was unhappy at facing uncertainty over his F1 future for the third year in a row.

“I am used to it, I know how to live with it,” he said. “Hopefully I’ll be looking forward to sign a two-year deal with my future team to make sure the next year I’m not in this position.” But now the duration of his next deal is likely to be less of a concern than where he’s going to end up.

This reflects poorly on Sainz’s form this year, which is unfair. He’s increasingly been a match for his highly-rated team mate Nico Hulkenberg over the first half of the season.

Whether or not Sainz foresaw Ricciardo moving into his own seat, he has been assessing his options and is known to have had conversations with McLaren. If Red Bull decide not to take up their option on him, which expires at the end of September, he faces a potentially serious career setback.

But if Red Bull turn Sainz down in favour of Gasly, they will find themselves needing another new driver at Toro Rosso. This is where the knock-on implications of Verstappen’s rise through the ranks comes into play.

In the same interview Horner made an interesting revelation about the discussions five years which led Red Bull to promote Ricciardo to the team in 2014 instead of his then-Toro Rosso team mate Jean-Eric Vergne.

“When Mark Webber left in 2013 it was going to be a disaster. We considered Kimi Raikkonen, we considered all the drivers, but in the end it came to a clear-cut choice between Jean-Eric Vergne and Daniel Ricciardo. Daniel got the nod.

“The concern we had about him was his racecraft. We hadn’t seen him race anybody. He could qualify a car alright. And then ironically it turned out the moment he got in our car he never stopped overtaking people. So it just goes to show until you give somebody the chance in your own environment sometimes it’s quite difficult to gauge.”

Red Bull beat Mercedes to getting Verstappen’s name on a contract by offering him a deal to drive for Toro Rosso in 2015, replacing Vergne. But then came another unexpected development.

Vettel stunned Red Bull by telling them he was leaving to join Ferrari. For the second year running Red Bull needed another new driver. With the experienced Vergne already on his way out of Toro Rosso, promoting him was out of the question, despite the fact he’d been under consideration for Ricciardo’s seat a year earlier. Their only option was Kvyat.

Kvyat lasted little over a year at Red Bull before being dropped in favour of Verstappen. In an unprecedented move, Red Bull relegated Kvyat back to Toro Rosso, where he stayed for another year and a half before finally being shown the door.

Red Bull had burned through its stockpile of Toro Rosso reserves at an accelerated rate. It didn’t help matters that maturing talents such as Alex Lynn and Sergio Sette Camara were dropped from the programme, and that Red Bull kept Kvyat on for 2017 instead of promoting GP2 champion Gasly to F1.

Ultimately, dispensing with Vergne so hastily while they scrambled to get Verstappen into the team has left them with a shortage of options four years on. This is also why Brendon Hartley was given a second chance, seven years on from his departure from the Junior Team, a move Vergne said he found amusing given their record in the junior categories.

Now, if Red Bull choose not to pair Sainz with Verstappen again, they will likely have to obtain a junior driver from outside the Red Bull universe.

Dan Ticktum, the top driver on the Red Bull junior programme, cannot score enough superlicence points to be able to drive in F1 next year. Nirei Fukuzumi, a Red Bull Athlete with obvious appeal to new engine supplier Honda, will only be able to if he finishes fourth in F2 this year, and he’s currently 18th.

“Two months ago I was getting asked questions every second if my Formula 1 career was over and all these things,” he added. “I guess it changed my attitude a bit.”

If Red Bull is going to look beyond its current junior driver roster, could it bring in one of its rivals’ young stars? It has already shown interest in McLaren’s Lando Norris, and as the Woking team is eager to procure Toro Rosso’s designer James Key as quickly as possible, each party has something the other wants.

But the compromised decision Red Bull faces now has its roots in the decisions it took when Verstappen arrived on the scene. Was it worth it to get their hands on a driver many consider F1’s next great star? As with Ricciardo’s big career gamble, we’ll only be able to answer that with the benefit of hindsight.