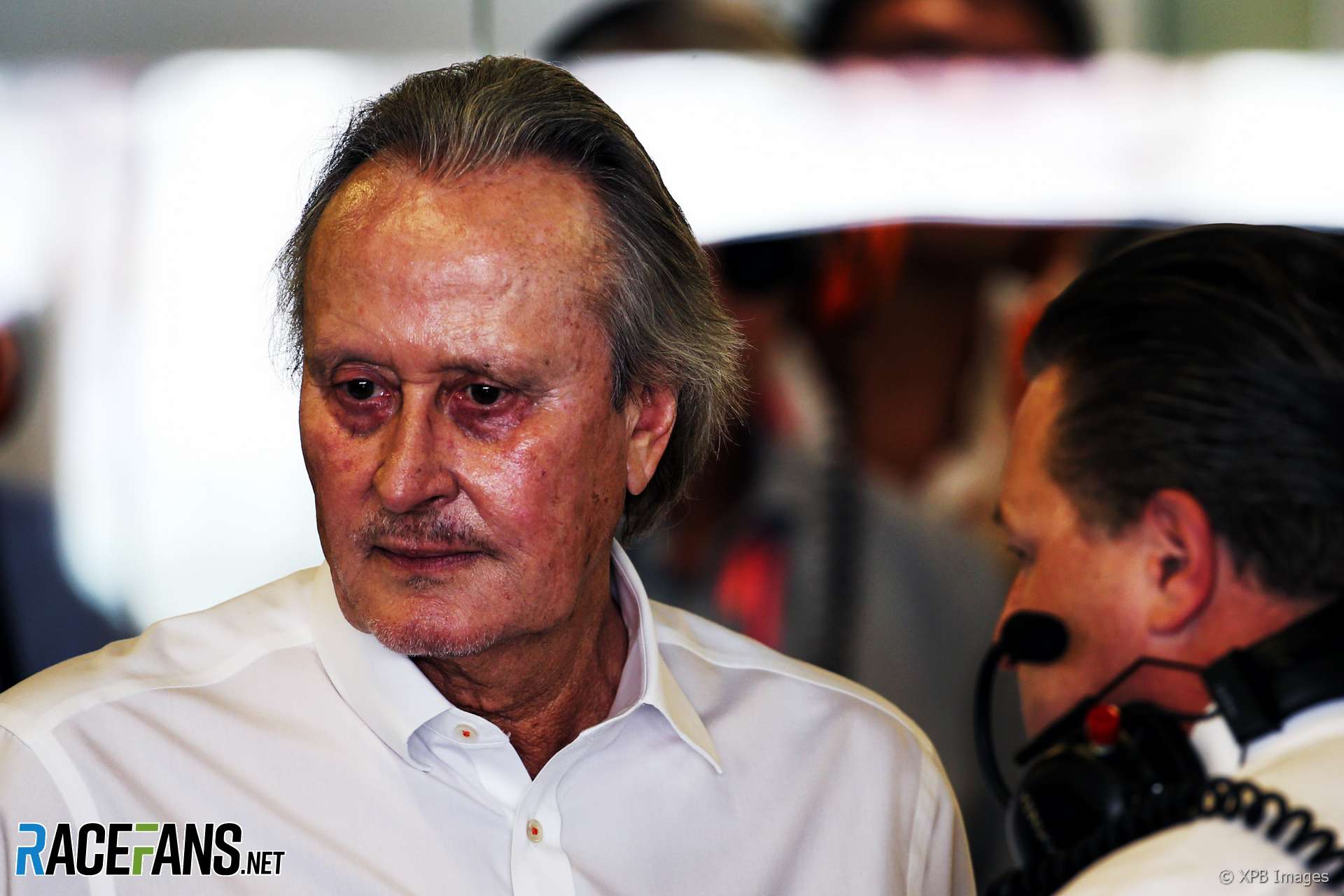 In the round-up: McLaren has issued a strong denial in reaction to a newspaper report which claimed one of its major shareholders had left the team.

McLaren said “the story in the UK’s Independent by Christian Sylt is entirely misleading” and stated they had not been approached prior to publication to check whether any of the details contained in it were accurate.

“Mansour Ojjeh has not left the business and remains a director of McLaren Group, the second largest shareholder and a fully involved member of the Executive Committee of McLaren,” it added.

The team said it is “in the process of simplifying our corporate structure following the reorganisation of the group last year.”

“However, the executive directors that have all decided to resign from the subsidiary company boards obviously remain as directors of the parent company, McLaren Group Limited.

“Nothing in practice has changed other than a decision that makes for a more efficient and practical process.”

The original story has since been deleted. An altered version of the article was later published.

'Vijay' doesn't think much of his 24-pack of Rich Energy, prefers BWT…https://t.co/iPcbCmJtng#F1 pic.twitter.com/RV92ECssTV

How did the TV & Spectator figures (and their trend) look back then ? … and how does it compare to now ? https://t.co/YpCD4ENYi0

"During the process, France was name-dropping all of the powerful people he knew and even mentioned his relationship with President Donald Trump."

"Ford and Ferrari are among the manufacturers no longer attending the meetings to shape the FIA and ACO’s proposed ‘Hypercar’ regulations, which are due to come into force in the 2020-21 World Endurance Championship."

"I would say that the 2018 season has been a marvellous advertisement for the sport. For us as a team, the half-term report is a positive one, as we are currently leading both World Championships."

Out of the blue Red Bull tests 'insane' – Dennis (Motorsport)

"I’m on a different career path, I’m settled in GT3, making a living. It’s great to have so many Brits pushing well in F1 and motorsport."

There is almost no degradation because drivers are nursing their tyres pretty much all the time. This year, races have generally been decided by safety car interventions, but apart from that there wasn’t too much racing.

It’s a shame that during the high-degradation era one driver (Vettel; 2011-2013) or one team (Mercedes; 2014-2016) dominated. Last year, we finally had two extremely closely-matched teams and in my opinion the most interesting races were the races in which tyre degradation was high and the optimal strategy was unknown.
@F1infigures