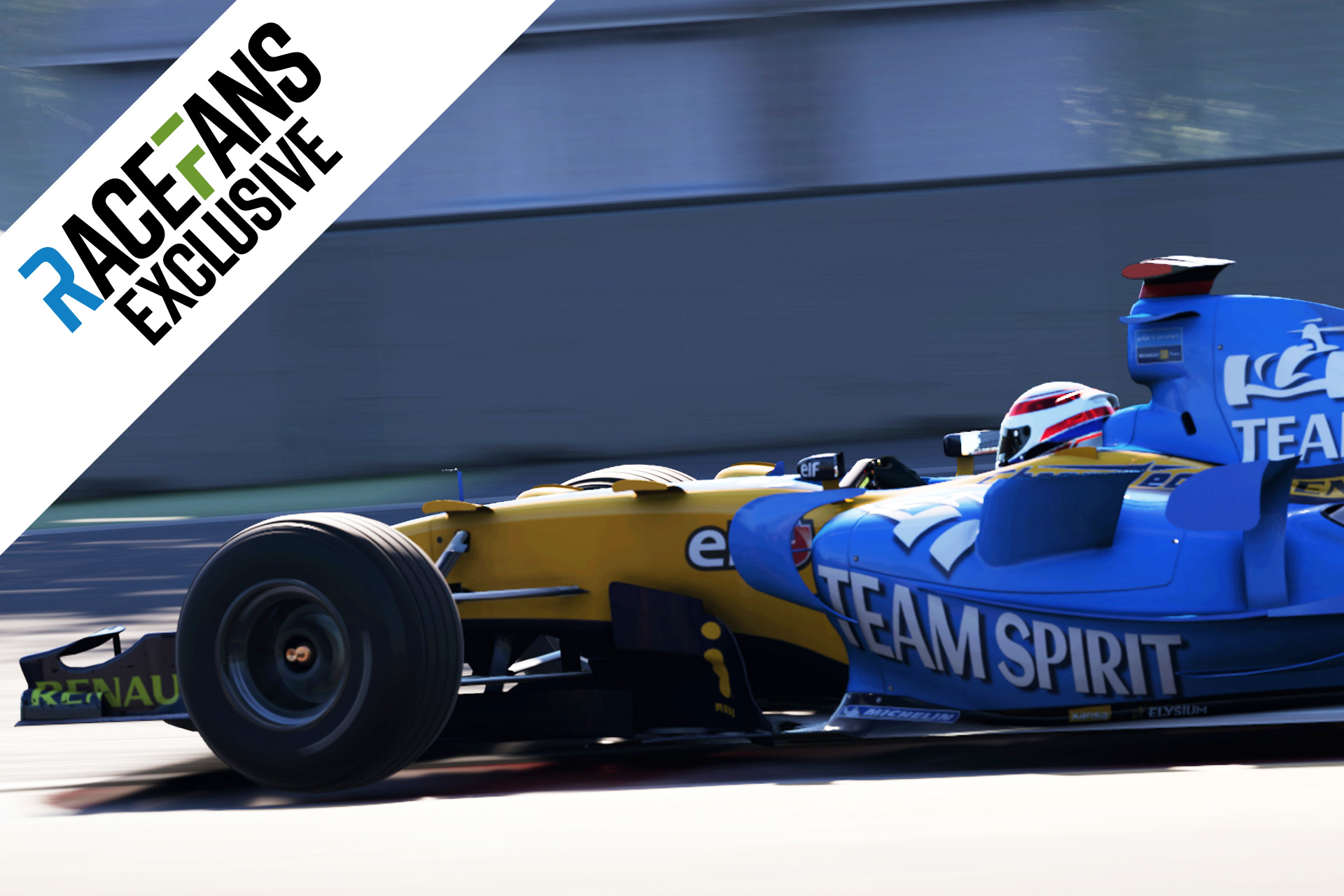 F1 2018, the upcoming new edition of the official Formula 1 game, was inspired partly by the actions of one of the sport’s most successful drivers: Fernando Alonso.

But it’s not an aspect of Alonso’s revered racecraft which the team at Codemasters have been paying attention to. They’ve been keeping an eye on how he handles the media.

The role of the media was explored in the first official F1 game the team made for major platforms back in 2010. However whereas those sequences felt like more of an afterthought, this time the way you handle being interrogated after each session will influence your in-game career. In much the same way Alonso’s commentary on the Honda situation has had such profound implications for him and McLaren.

“He’s reached the point in his career when he can say pretty much anything because he commands such respect that he can motivate a team whether he’s saying something positive or negative. [We thought] it’d be really interesting in the game to work out whether the player could positively or negative impact the team based on what their answers are.”

“People really loved what we did when we had the media back in 2010,” he adds. “We always felt that was really good but it if we were ever going to do it again we would wait until it became a really wide-reaching part of the game.”

So how does it work in practice? A play on a pre-release version of the game showed there are still a few glitches to be corrected. Glance a barrier on your way to a crushing victory and the first question you get asked is about how disappointed you are. Codemasters say this will be fixed for the launch version. (Also for the chop is the rendering of McLaren’s Eric Boullier, who I spotted celebrating an unlikely victory of mine in the same, but in real life resigned from the team last month.)

How you handle yourself when grilled by the media has far-reaching ramifications. Blame a rival for a collision and their team will take a dim view of you. Complain about your car’s performance and risk demotivating your own team. Adding to the pressure, you have limited time to select your answer. And there’s never the choice to ‘Kimi’ your way through an answer with a vague, whispered monotone drawl.

The media aspect makes for a richer career experience and adds a new level of complexity when contract negotiation time comes around. As teams’ performance levels can vary from year to year – another innovation for F1 2018 – choosing the right time to switch teams becomes a more critical choice. Alonso can probably tell you a thing or two about that as well.

But what’s new for those who prefer to shut up and drive? Naturally F1 2018 delivers the anticipated tweaks to the roster of drivers and tracks (Sepang out; Paul Ricard and Hockenheim in).

All the classic F1 cars from the last edition of the game are back plus a few more. Due to licensing restrictions these are for the most part heritage cars of existing F1 teams, plus classic Team Lotus.

But there’s one more addition which has been in huge demand: The Brawn BGP-001. Jenson Button’s 2009 championship-winning car was by far the most requested addition to the game, and to make it a (virtual) reality the Codemasters team were given access to Ross Brawn’s own car to capture it in painstaking detail.

Will there soon be a roster of classic circuits to match? Mather admits they’d “love to do some classic tracks again – they were always fun” but says the time-consuming nature of building them is one reason why the game hasn’t featured any for a while.

“We’re always considering tracks,” says Mather. “A lot of it comes down to the fact we’ve obviously had Paul Ricard to make which is another significant circuit.

“We’ve obviously had to work on Hockenheim, we’ve had to re-do all that to make sure it’s up to 2018 standards. And there are tweaks to every other circuit as well. Tracks are the longest process in the game to build. It’s very much a case of there’s only so much we can do in that time period.”

With no new tracks expected on the 2019 F1 calendar, perhaps that will change next year. But it’s not hard to see why building the tracks takes so long.

Whereas F1 2018’s earlier predecessors gave you the impression of driving through a tunnel of graphics with a restricted field of vision, now each circuit feels like its own world. The addition of subtle atmospheric weather effects this year nudges the picture quality perceptibly closer to photo-realism.

The Halo is there too, though you can switch it off in the cockpit view:

At the wheel, the cars have benefited from greater technical input from Formula 1 Management. The suspension model has been reworked with the addition of bump stops and an increased refresh rate which gives greater handling feel. Inevitably this is far easier to appreciate on a proper steering wheel set-up than a gamepad.

The driver has more to control as well. For the first time since F1’s V6 hybrid turbos were introduced in 2014, control over energy deployment is now in the player’s hands. There is something oddly satisfying about knowing the winking ERS light at the back is being controlled by you.

“We’ve always had the lights flashing on the back of the car but they were tied to the systems that weren’t manageable,” Mather explains. “So we had some of this under the hood but we hadn’t modelled it to the degree that we have this year. The physics guys went to the full extremes, getting the technical regulations and it works correctly.”

This adds a new dimension to the multiplayer game as well. “It’s brilliant because you do find you can be pushing and pushing and the guy comes up behind you who’s got full deployment and you’ve got next to nothing. It’s a great battle.

“It’s going back almost to when we had the KERS button, you would save it to try and defend. Now you’ve got that but over a few laps it really does cause some exciting racing.”

Additions such as the media interaction undoubtedly make this more than a racing game, but its core appeal will always be the chance to drive a full field of current F1 cars. And even as the sport becomes more mind-bogglingly complex, Codemasters appears not to have forgotten the essential ingredients of a fun game. What that adds up to we’ll see when we get our hands on the full release version to review.