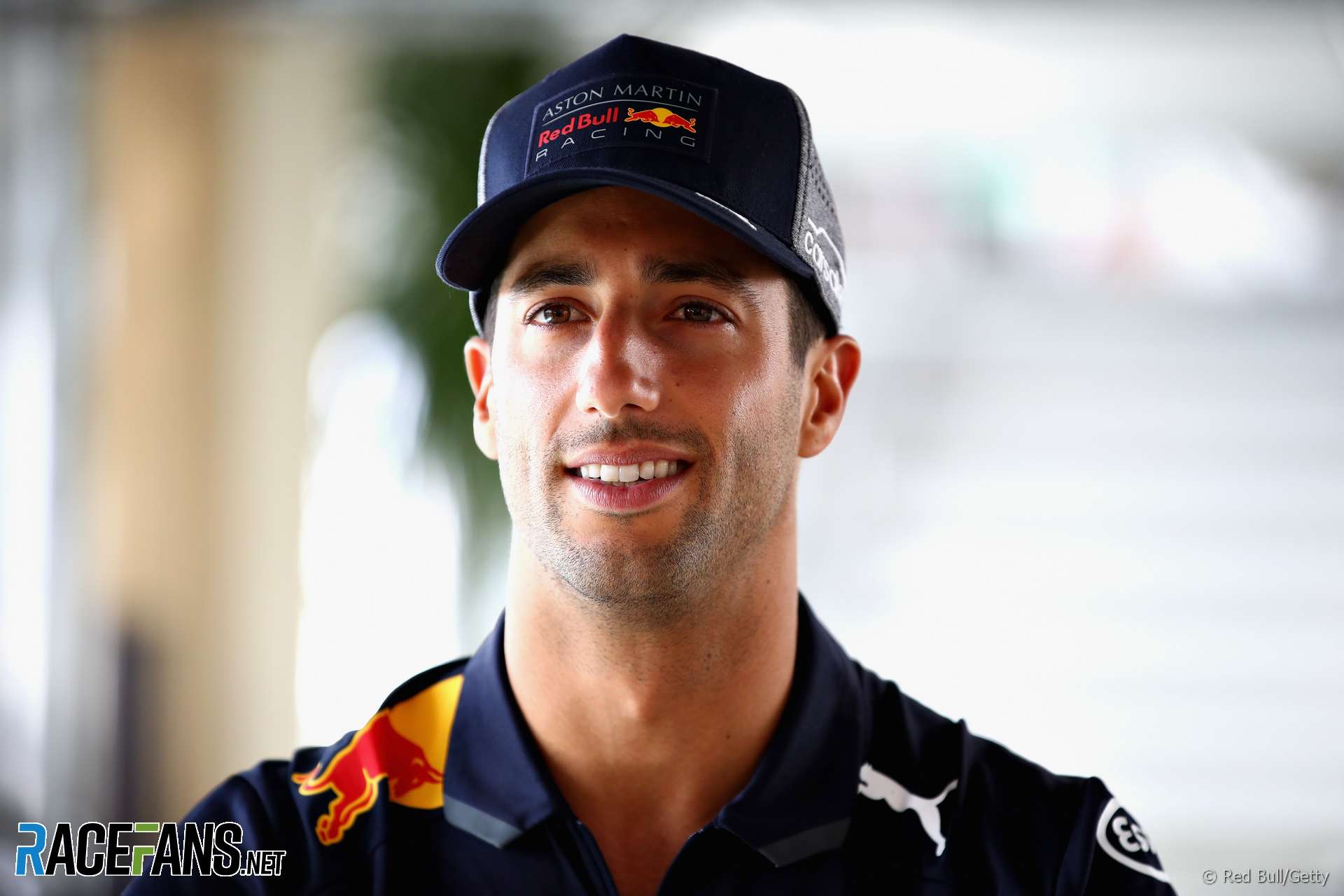 Red bull has confirmed Daniel Ricciardo will leave the Formula 1 team at the end of this season.

As RaceFans revealed earlier today, Ricciardo is moving to Renault for the 2019 F1 season.

“Daniel Ricciardo has advised Aston Martin Red Bull Racing that he is to leave the Team at the end of the 2018 season,” the team announced in a statement.

“Having joined the Red Bull family in 2008 as a member of the Red Bull Junior Team, with whom he won numerous junior titles, Daniel made his F1 debut in 2011 at the British Grand Prix. After two seasons with Scuderia Toro Rosso, Daniel joined us in 2014 and to date has brought the team seven victories, 29 podium finishes, two pole positions and 904 championship points.”

Team principal Christian Horner said Red Bull “fully respects” Ricciardo’s decision and “we wish him all the best in his future.”

“We would like to thank him for his dedication and the role he has played since joining the Team in 2014, the highlights of course being the seven wins and the 29 podiums he has achieved so far with us.

“We will now continue to evaluate the numerous options available to us before deciding on which driver partners Max Verstappen for the 2019 season. In the meantime, there are still nine races left in 2018 and we are fully focused on maximising every opportunity for Max and Daniel for the remainder of the season.”