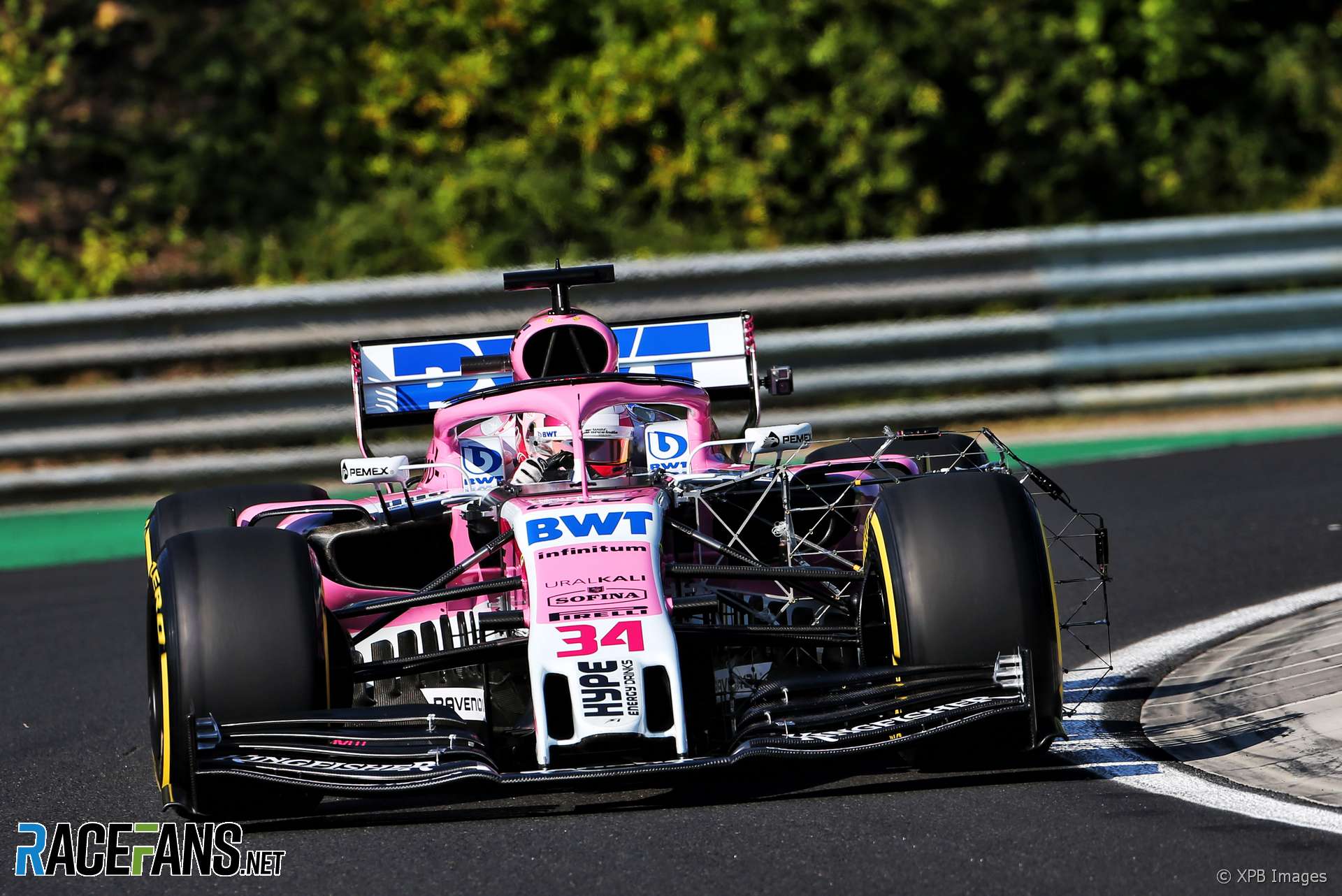 The first example of the new, wider front wing teams will use during the 2019 F1 season has appeared during today’s test at the Hungaroring.

Force India and Williams ran examples of the new designs as the test began on Tuesday morning.

The maximum width of the new wings has been increased to two metres, the full width of the car. This is to offset the loss in downforce from other changes to the wings, which have been greatly reduced in complexity, including around the endplates and upper surfaces.

Force India’s technical director Andrew Green explained the thinking behind the changes in an exclusive interview for RaceFans.

“With that information, and they were early on in their analysis, [they] concluded that part of the problem was the front wing, the outwash from the front wing. They did some preliminary analysis and found it had an effect on the following car.

“And there was a decision made by the FIA to introduced basically part of the 2021 regulations for 2019.”

The new wing is likely to only offer a modest improvement, Green believes. “I think it is probably too big a compromise. I think it needed more time.

“But saying that, is the theory’s correct, it should be a small step in the right direction.”