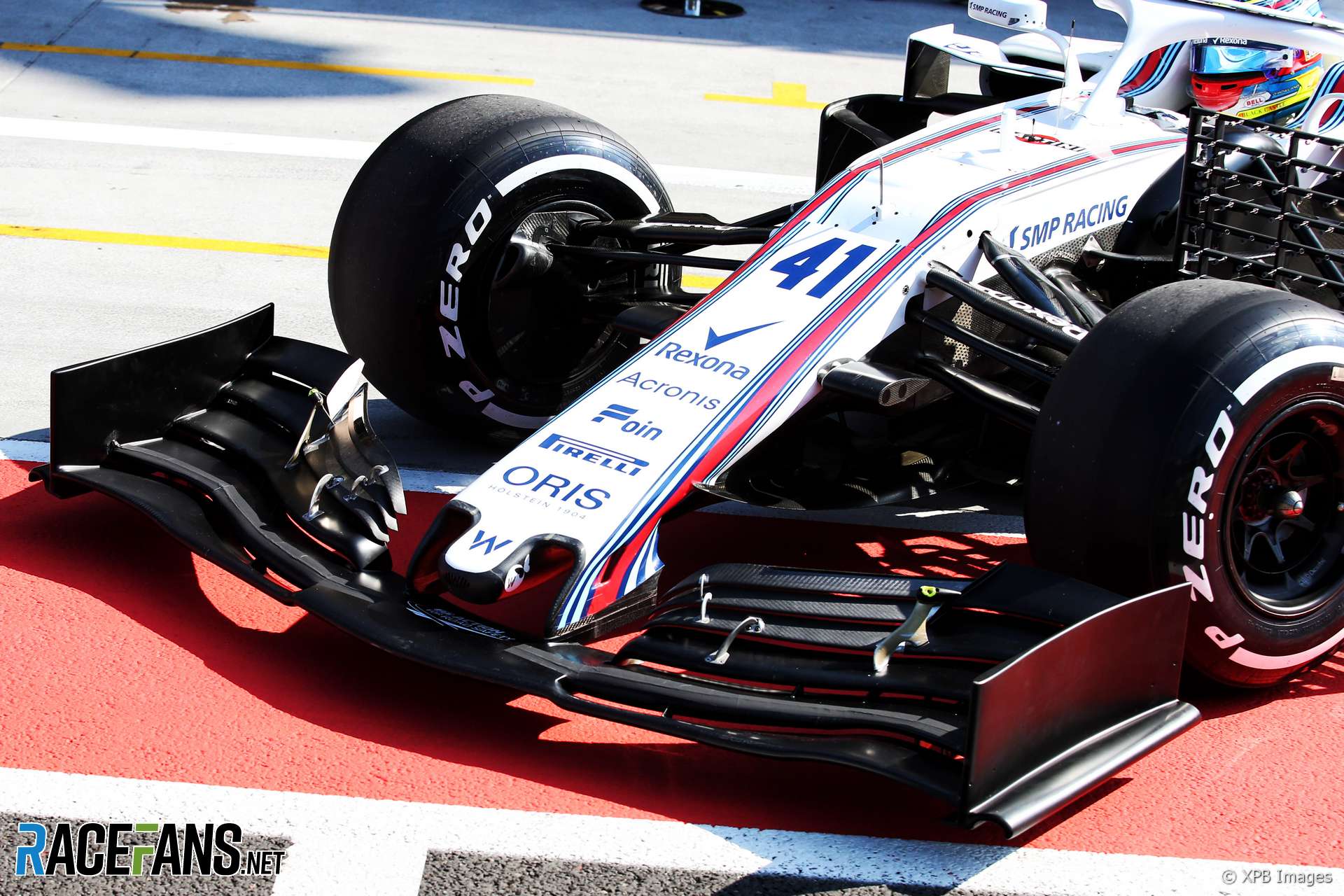 The FIA predicted the simpler front wing designs which will be introduced next year would make the cars up to one-and-a-half seconds per lap slower. However Pirelli said it has been advised by teams that their development programmes for the 2019 F1 season are likely to add that much performance to the cars.

“We ask the teams for some simulations that we should receive by the end of this month, to understand the impact,” explained Pirelli’s sporting director Mario Isola.

Pirelli is developing new tyre constructions for the 2019 cars, evaluating softer rubber and considering a reduction from the current seven dry-weather compounds.

“We are working on the construction in order to improve the wear profile because it is important to manage the degradation in a different way,” said Isola. “At the moment we have some areas where we can work to optimise the wear profile and how the tyre is working on the asphalt. So the first step is to optimise the construction, to make some changes to both front and rear and we are developing the new construct for next year.

“And obviously also to develop some different compounds because we know the target is also to reduce a little bit the number of compounds, we don’t want to have seven next year. But also with the right delta lap time between the levels.”