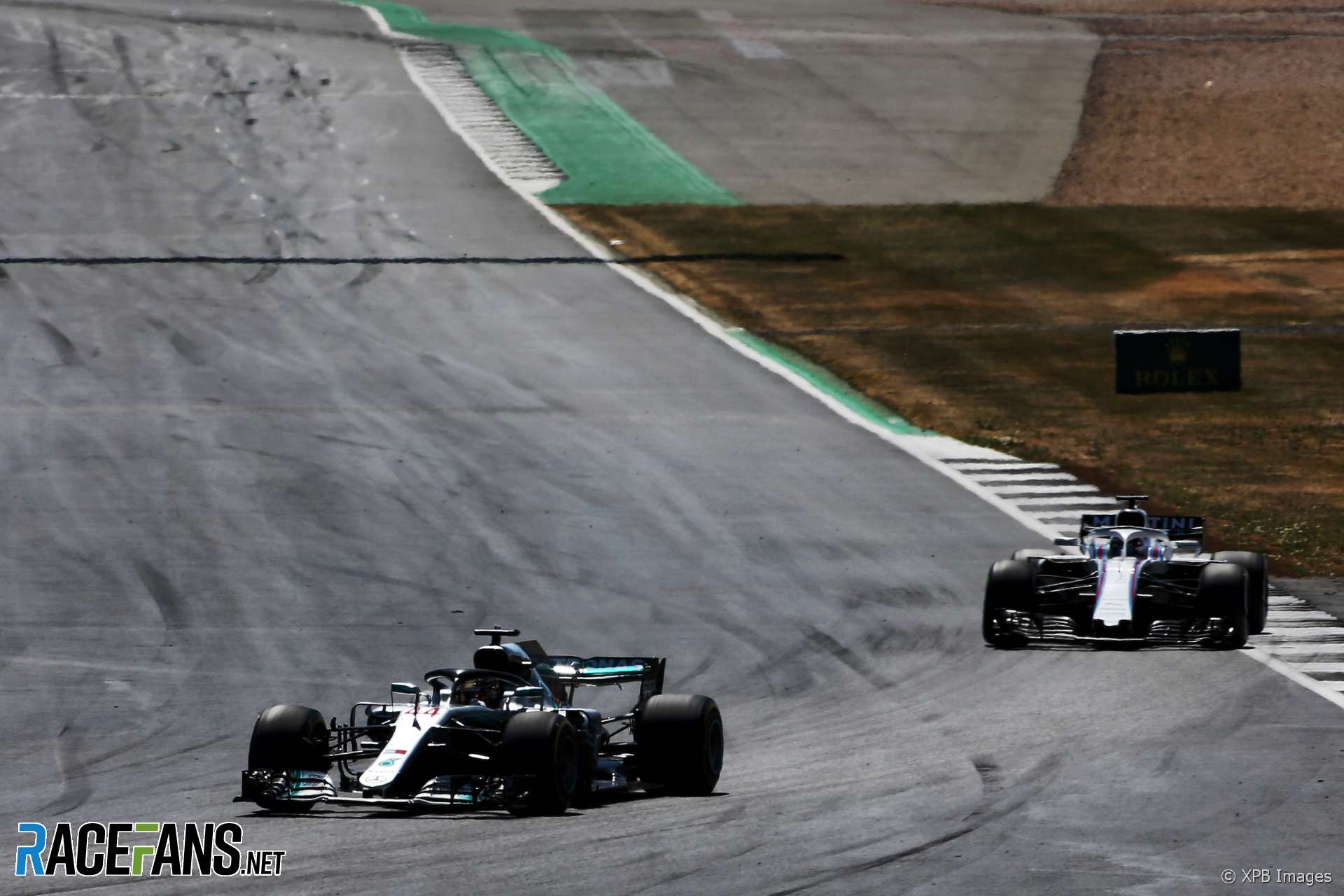 FIA race director Charlie Whiting says it is up to Formula 1 drivers to use DRS safely after Lewis Hamilton called Silverstone’s new zone “an unnecessary danger”.

Hamilton made his comments after Romain Grosjean crashed at high speed in the new zone at Abbey. The Haas driver had failed to close his DRS early enough.

Marcus Ericsson suffered a similar crash in the race after he also failed to close his DRS in time. His impact with the barrier was high enough that the Medical Car was sent to the scene as a precaution.

However Whiting said it is the responsibility of drivers to only use DRS at points on the track where their cars can cope with it.

“I think the incidents where drivers lost control through turn one because they had their DRS open is driver choice,” he told media including RaceFans. “Just like any other choice you make in a car.”

“It’s like any corner that is challenging to drivers, sometimes they try to do it flat when it’s not really flat, it’s the same thing. It’s their choice.”

Drivers did not raise any concerns about the DRS zone during their briefing on Friday, Whiting added.

The FIA has added a new, third DRS zone at Hockenheim for next week’s German Grand Prix. A single activation point covers the new zone, which ends before the high-speed turn one, and the existing zone which follows the corner. The other existing DRS zone on the approach to the Spitzkehre, turn six, retains its own activation point at the exit of turn four.