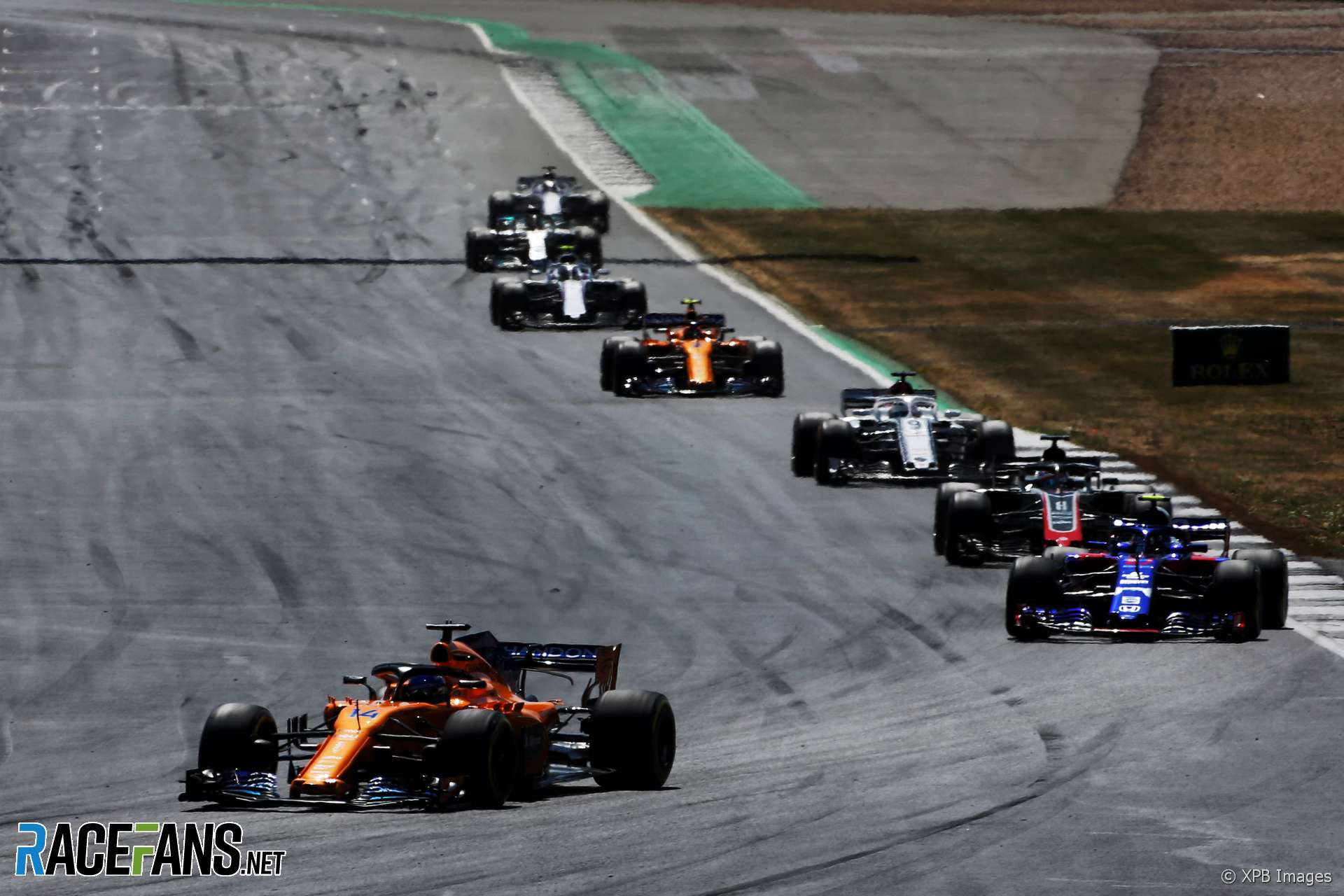 Formula 1 cars are producing more downforce and lapping faster than ever before. But that increase performance has made it harder for drivers to follow each other closely and overtake.

The problem will be addressed in the long-term by new regulations currently under discussion for 2021. A medium-term remedy is also planned: a revised aerodynamics package has been agreed for the 2019 F1 season.

Until then the sport has fallen back on DRS, its sticking-plaster fix introduced seven years ago, as a short-term means of helping drivers to overtake. Last weekend Silverstone became the latest track to add a third DRS zone.

However the reaction to the new zone, which ran through the high-speed Abbey and Farm corners (turns one and two), was mixed at best. FIA race director Charlie Whiting, who has championed DRS, admitted he was disappointed in the results.

“The idea was that drivers might get a little bit closer than they would have done otherwise and therefore be in a better position to attack on the straights on turns five [Aintree] and six [Brooklands],” he said after the race. “I don’t think it actually helped.”

The main problem with the new zone was that even the quickest cars couldn’t commit to tackling it flat-out with DRS open. Asked by RaceFans before the race whether it would be possible to follow another car through Abbey with DRS open on full fuel tanks, Valtteri Bottas revealed it hadn’t been possible in qualifying trim.

“We couldn’t even do it with low fuel, alone, with DRS open,” he said. “We had to close it for maybe one second.”

Red Bull had enough downforce to tackle Abbey flat-out with DRS open from the start of the weekend. However they were forced to trim back their wing levels for the race because of their lack of straight-line speed, which meant the corner was no longer flat-out for them too.

The drivers in the midfield teams quickly sussed there was no way they could keep DRS open through Abbey. Pierre Gasly was one who tried.

“I had a massive snap right in the middle and went wide,” he said after qualifying. “From all the midfield no one managed to do it.”

In the race, drivers are only allowed to use DRS in the zone when they are within a second of another car. However the loss of downforce associated with running close to a rival, plus the extra weight of fuel compared to qualifying, severely restricted how much DRS could be used through turns one and two. Marcus Ericsson’s high-speed crash when he failed to close DRS while following Sergio Perez indicated the risks involved.

There was another reason why drivers avoided using DRS at this point on the track. As Pirelli’s sporting director Mario Isola pointed out, using DRS through high-speed corners increased the risk of sliding and damaging the tyres.

“With the DRS if you slide more on the rear there is the risk of overheating,” he said. “And here in general the average temperature of the tyre is quite high because the level of energy of the fast corners we have in Silverstone are putting a lot of energy.

“With this weather obviously you have an average temperature that is quite high. If on top of that you are sliding a little bit you increase the surface temperature.”

So the only drivers that had a chance of using DRS at this point on the track were those with an abundance of downforce and no concerns over tyre wear. Fortunately for Sebastian Vettel, that was the situation he found himself in at the end of the race while trying to pass Valtteri Bottas for the win.

In the laps prior to his decisive move, Vettel was able to open DRS as he rounded Farm for several laps in a row. This helped bring him close enough to mount his successful attack on Bottas at Brooklands.

So while the new DRS zone may not have helped most of the field most of the time, it arguably played a role in the most significant move of the race. Should it therefore be considered a success or a failure?

Perhaps the more pertinent question is whether DRS should exaggerate the performance advantage of the front-running cars over the midfield, as it clearly did at Silverstone.

This may turn out to be a moot point, however. In 12 months’ time the cars are expected to have considerably less downforce. If the new DRS zone is still there, perhaps none of them will be able to use it. Alternatively, if the revised 2019-specification front wings do what they’re supposed to, perhaps it won’t be needed to begin with.