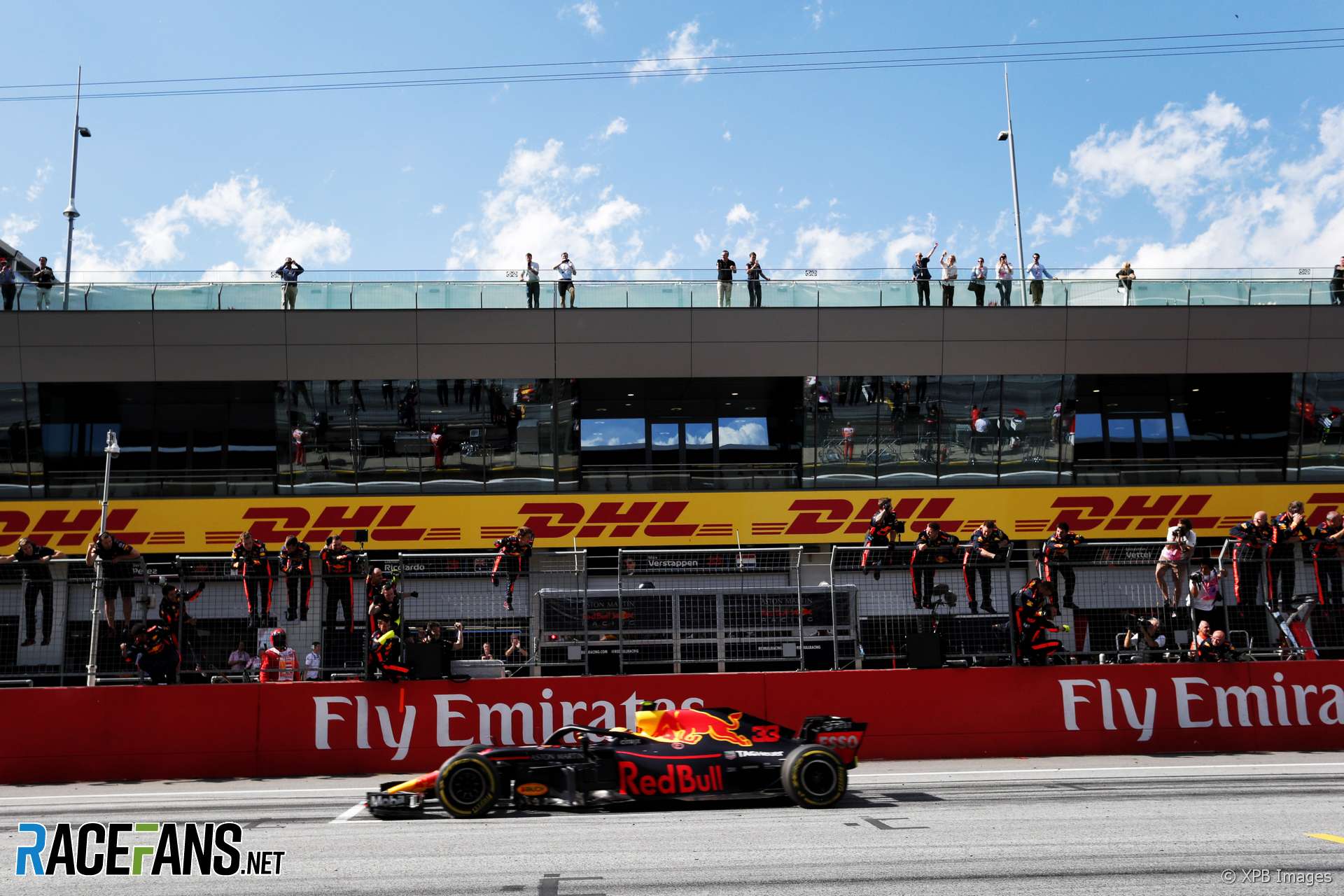 After a rough start to the season Verstappen finally put together a race win. The Red Bull didn’t have the pace of the Mercedes or Ferraris in Friday practice, but warm conditions on Sunday tipped the balance in their favour. It was Verstappen who made the difference, however.

After a strong start – forcefully elbowing Kimi Raikkonen aside – he was sitting comfortably in third when the VSC appeared. The Red Bull pit wall caught Mercedes napping, and Verstappen found himself on fresh tyres 13 seconds behind race leader Lewis Hamilton. Once the race resumed Verstappen stayed within the pit lane delta as Hamilton was unable to draw away.

After he inherited the lead Verstappen drove intelligently to keep his tyres from overheating even as Raikkonen made a late charge. An error-free weekend meant he was in the right place at the right time to take advantage of Mercedes’ errors.

Grosjean answered his critics in the best possible fashion as his first points haul of 2018 was a superb fourth place. He outperformed his team mate, Magnussen, in every session of the weekend, including all three stages of qualifying. Even better, he out-qualified Daniel Ricciardo’s Red Bull too.

In the race, Grosjean stopped under the VSC and was able to make his soft tyres last 55 laps to the end. It was a close thing, however: “Wait until you see the rear tyres, bro,” he told his team after taking the chequered flag, “I’ve got a blister like you’ve never seen.”

Alonso looked set for another difficult day as he lined up to start from the pit lane after McLaren were forced to replace the front wing he damaged in qualifying with an older, 2017 specification example. He spent the first stint stuck behind slower cars.

Pitting early under the VSC, which most drivers did, gave Alonso the change to show what he could do. Having nursed his tyres patiently he was down in 13th when he began to push. Alonso got by both Saubers and Gasly in the final stages of the race as he recovered to eighth, bagging his first points since Spain.

Once again, Vandoorne was out-qualified by Alonso and eliminated in Q1. His weekend went from bad to worse as he damaged his front wing in a first-lap collision with Gasly. After he was forced to pit his problems were compounded when he spent 46 seconds in pit lane.

The contact was deemed a racing incident, but Vandoorne struggled to catch the back of the pack as he was blue flagged from lap six. A gearbox problem brought an end to his race six laps from home.

Both Toro Rosso drivers had problems getting the most out of the team’s upgrade, which wasn’t helped by them damaging several wings in practice. Hartley broke his last example of the new wing in final practice which left him at a disadvantage to his team mate in qualifying, though Pierre Gasly looked the quicker of the two anyway.

Toro Rosso chose not to pit Hartley under the VSC and opted for a long stint on the super-softs. He had just let Gasly past under instruction from the team when a problem at the rear of Hartley’s car ended his day prematurely.

Raikkonen had an impressive start and almost passed the Mercedes drivers, though he threw his advantage away just as quickly. Following a botched attempt to pass Hamilton into turn three he allowed first Bottas then Verstappen to overtake him. He looked after his tyres well, however, and began closing in on Verstappen towards the end of the race. Had he not lost time locking up when scrapping with Ricciardo he might have been in a stronger position to attack.

Meanwhile, Vettel ran a clean race after a controversial three-place grid penalty for blocking Sainz in Q2. He lost out to both Haas drivers at the start but was able to quickly overtake them and catch the leaders. After Hamilton emerged in front of him after the pit stops Vettel was able to dive down the inside of turn three.

Bottas and Hamilton looked set for another one-two until strategic errors and technical problems intervened. Mercedes’ failure to bring Hamilton in during the VSC period left him needing to add eight seconds to his lead in order to make a pit stop and stay ahead of Verstappen in second. The gap remained roughly the same and Hamilton came out fourth after he stopped for fresh softs. He failed to get by Raikkonen on fresh tyres and was eventually passed by Vettel, pitted again, then retired.

Ricciardo’s struggles began in qualifying when he complained about being used by the team to provide a tow for Verstappen, which he claimed cost him two tenths of a second. He lost out to Grosjean in Q3, but passed the Haas and Vettel at the start to pressure Raikkonen. His lap 19 pass on the Ferrari looked to be the making of his race, but proved his undoing as his tyres couldn’t take the strain. He was forced to pit again, then retired with an exhaust problem.

Magnussen ran a quiet race in Grosjean’s shadow. Force India swapped the running order of their drivers twice as they tried to help Perez attack the Haas; he was not happy when told to hand sixth back to Ocon.

The two Saubers rounded out the top ten as Leclerc finished in the points for the third consecutive race, and Ericsson claimed his first points since Bahrain. Sauber used the same tactics as Force India: Ericsson was let by Leclerc to have a go at Gasly. As both got by the struggling Toro Rosso, Ericsson handed the place back to Leclerc.

Gasly suffered floor damage after his lap one hit from Vandoorne. Struggling to prevent the Toro Rosso from sliding, his tyres went off in the closing stages and he dropped out of the points. “That was one of the most difficult races I’ve had,” he said.

Williams continued to struggle as they failed to challenge any other team. Stroll made it into Q2 and had a quick start before slipping back and collecting a penalty for ignoring blue flags. The resulting 10-second penalty meant he was officially classified behind Sirotkin despite Stroll gaining an advantage when he stopped under VSC.