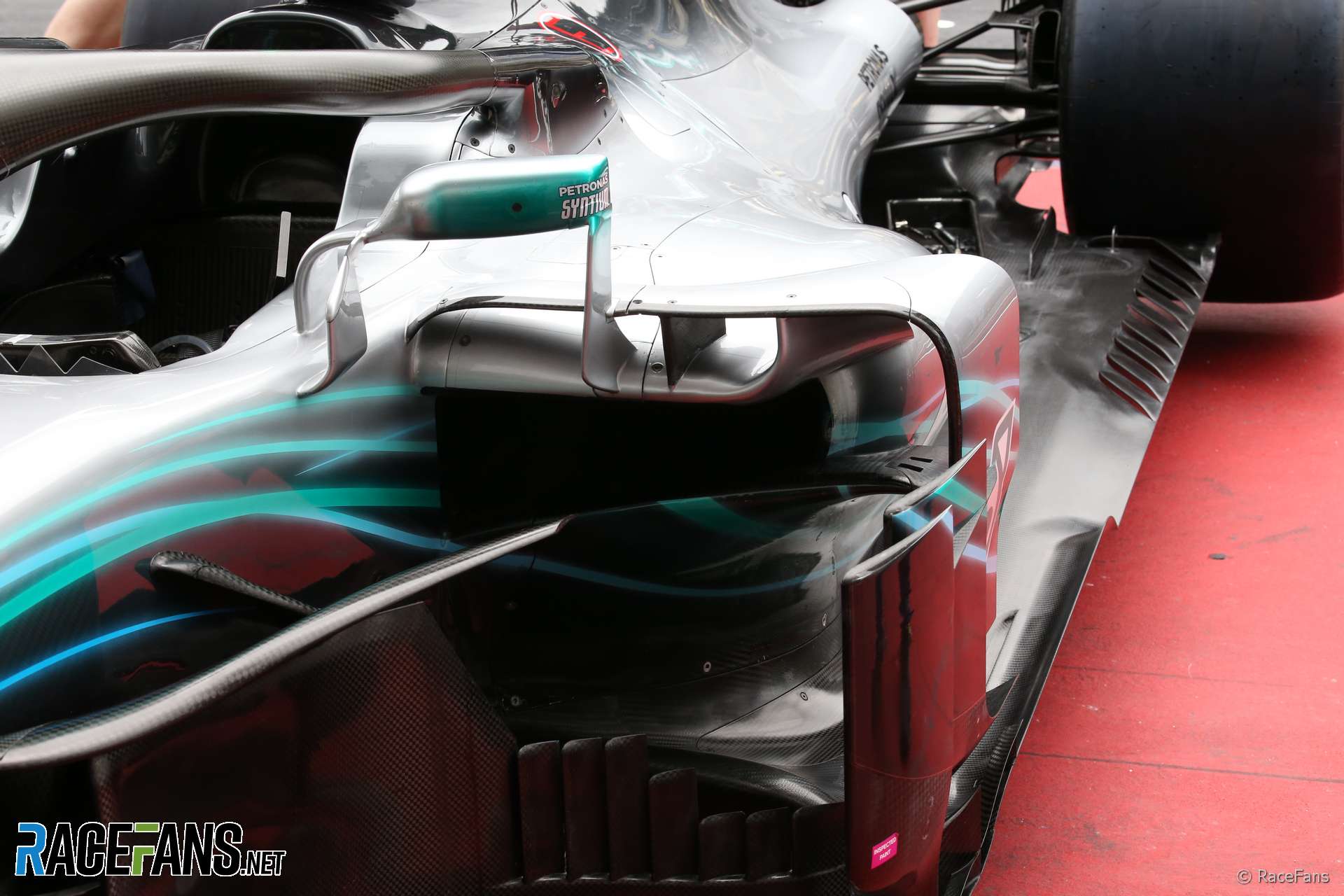 Mercedes has brought a significant upgrade for its Formula 1 car to this weekend’s Austrian Grand Prix.

Among the changes to the W09 are revised sidepod aerodynamics, including a novel new integration of the wing mirrors.

While rivals Ferrari has forged its own path by attaching wing mirrors to its Halo, Mercedes has incorporated them more deeply within its sidepod construction. A stalk at the outside edge of the mirrors now attaches them to the top of the sidepod. This has an aerodynamic profile, indicating it is being used to condition the flow of air around the car.

Beneath this the mandatory side impact protection bar now forms part of a separate structure. This has allowed the rest of the sidepod to be reduced in size, making it more aerodynamically efficient. It follows a trend started by Ferrari last year.

At the rear of the W09 the team appears to have taken inspiration from McLaren with a revised rear wing design. This mimics the shape seen on McLaren’s car since the current aerodynamic regulations were introduced at the beginning of last season.