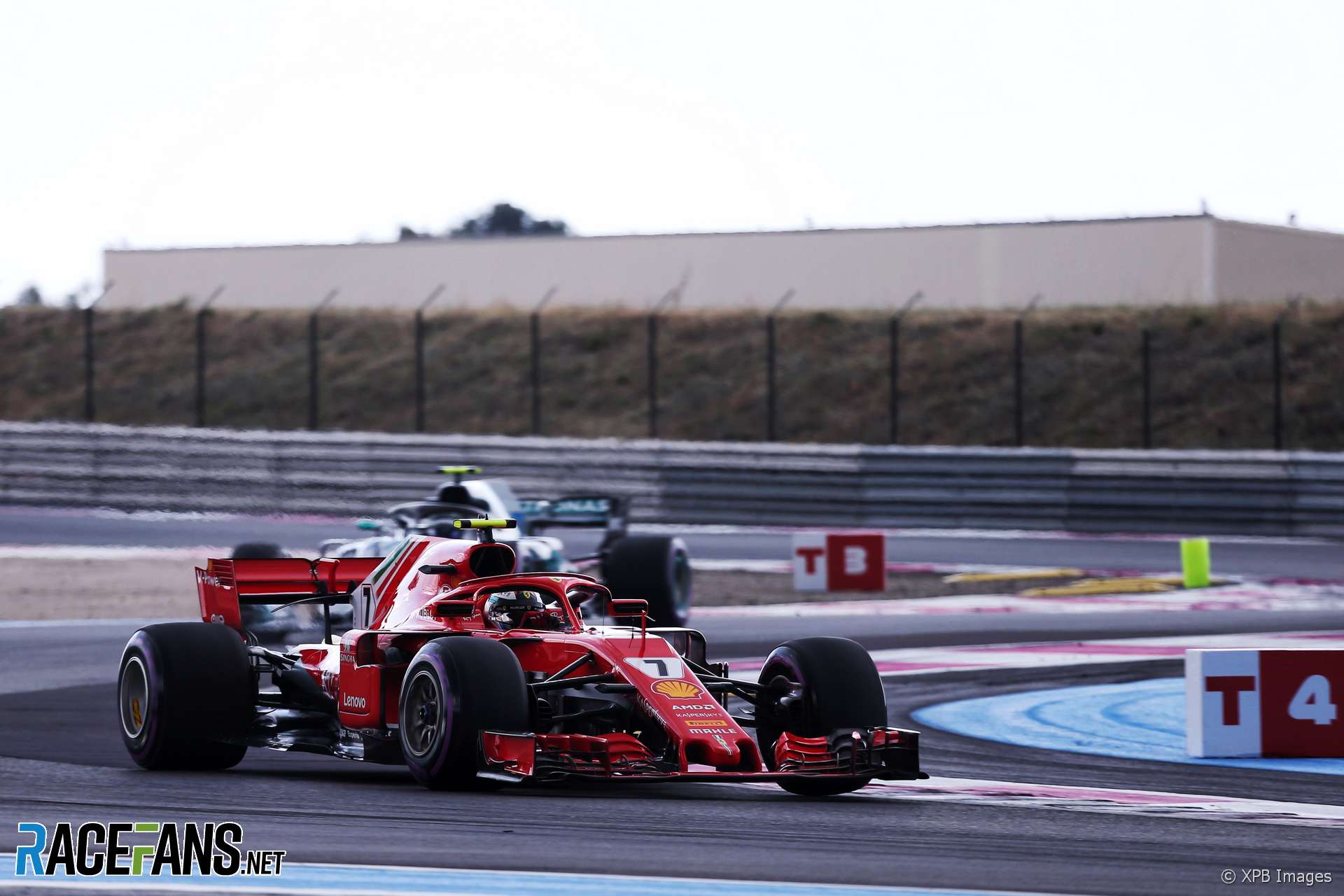 Magnussen’s final flying lap in qualifying was spoiled when Raikkonen overtook him at the start of the lap, then backed off, holding up the Haas driver.

“He overtakes me into turn one and fucks my lap and then doesn’t even complete his lap,” said Magnussen. “If you’re that confused then just try not to get in the way of everyone else,” he added.

The stewards took no action over the incident despite conceding Magnussen was held up by the Ferrari.

“It’s frustrating what happened. I don’t think it was necessary. He just had no idea what to do. He was desperate to get a lap. He hadn’t done a lap. He fucked all his laps, he was desperate.”

Raikkonen was heard asking on the radio at the time whether he had a puncture, but his team said there was no indication of one. He admitted afterwards the end of his session had been “a mess”.

“I think it was pretty straightforward until Q3 and the first lap was pretty good until turn 11 and then I got a bit sideways. Maybe there was some drops of rain there and it was because of that.

“Then, obviously, the last lap was just a mess all over. Yes, this is what you get when you never put a lap together in the end but until that point it was pretty good. But it’s pretty disappointing.”