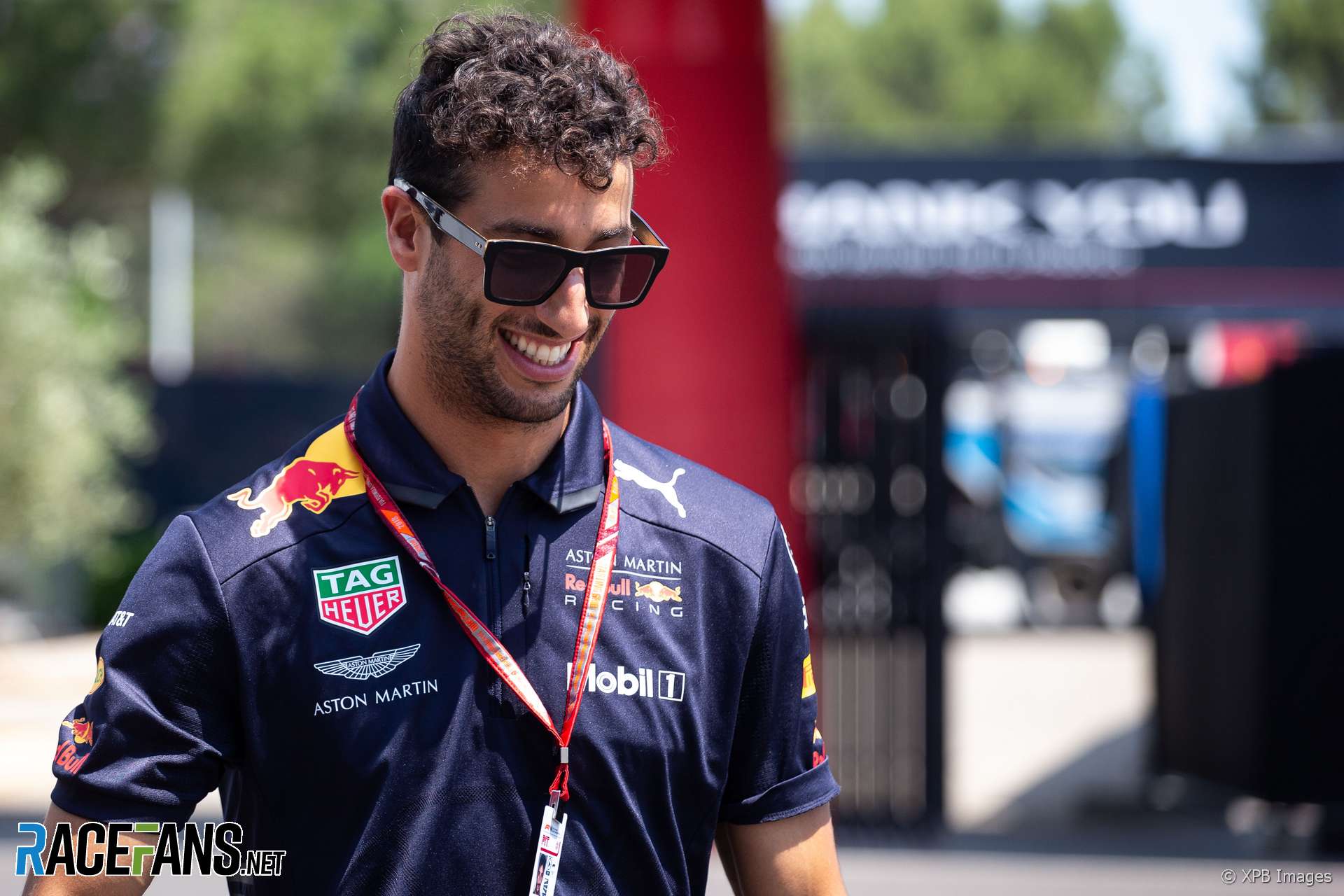 Daniel Ricciardo says deciding which team he wants to drive for in the 2019 F1 season is the second-hardest call he’s had to make in his career so far.

“I think the most difficult [decision] was leaving Australia and actually going to Europe when I still didn’t really know what my talent was,” said Ricciardo.

“I didn’t really believe I was good enough. That was probably a trickier decision.”

The choices Ricciardo faces became clearer this week when Red Bull confirmed it will use Honda power units instead of Renault next year. However potential vacancies exist at both the other teams which have won races this year and rumours have linked Ricciardo to other teams as well.

“Obviously everyone’s talking about Mercedes and Ferrari as potential places for me to go,” said Ricciardo. “There’s obviously going to be interest from other teams and I guess McLaren is one of them.

“[That] probably depends as well what Fernando [Alonso] does, if he stays or goes. If he does go then I guess they’ll probably want a more experienced driver to come in. We’ll see. There’s a lot of things to weigh up right now.”

Ricciardo said he isn’t ruling out the possibility of trying to lead a midfield team to success, as Lewis Hamilton did when he joined Mercedes at the end of 2012.

“McLaren and Renault aren’t there today but maybe they will be there in a year or three years’ time. You never really know. Lewis pulled the trigger pretty well, whether he fluked it… he says that he really knew what was going to happen, I don’t know.

“Whether he fluked it or not obviously he’s done well for himself with that move. Whether it’s just a fantasy for everyone else I don’t know but at least there’s a little bit of proof that something like that could potentially happen again.”

However he added he does not want to ‘burn bridges’ with Red Bull. “You never know where the sport will take you and if I did move on from Red Bull I never want to criticise them. The fact is I’ve had it pretty good there and it’s been really fun.”

The team’s decision to switch to Honda engines next year did not take Ricciardo by surprise. “It’s something I was aware of that could happen,” he said.

“It’s something I was trying to prepare for or calculate in my mind. Now that it’s official I’m trying to understand a little bit more about it, now that it’s definitely happening. Trying to keep putting the pieces together, if it’s a good move. There’s certainly a lot of pros with it. Just trying to add it all up really in my mind.”

While Mercedes and Ferrari have the most competitive power units in F1 at the moment, Ricciardo isn’t sure which of their rivals is making the most progress.

“Obviously Renault’s come a pretty long way this year. I know we still don’t have the qualifying modes but our race pace, once we’re all fuel saving, all that, we seem a lot more competitive. they’re improving.

“Honda’s improving with Toro Rosso. I think it’s fair to say they’re both on the up. It’s just who’s going to get there quicker, that’s the unknown. Obviously Red Bull believe Honda’s the right ones.”