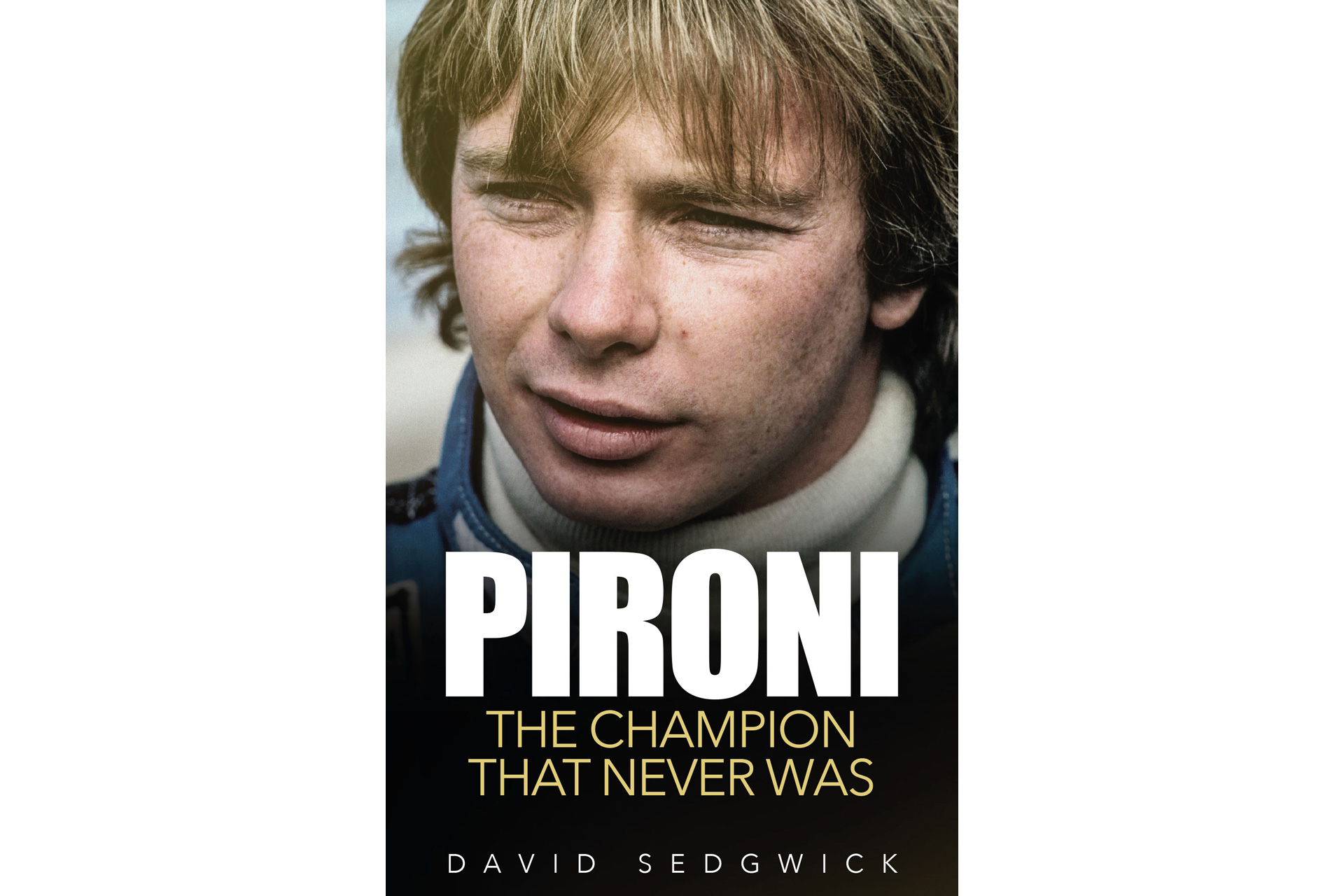 I was eager to read Pironi: The Champion That Never Was, because Didier and I had history. Plus, I wished to hear about the events of Imola 1982 from a source other than those peddling Gilles Villeneuve versions. As an aside, I was curious to hear about Pironi’s unconventional upbringing: his father sired two sons by sisters under a ménage à trois arrangement, the elder of which, José Dolhem, contested three grands prix.

First, that history: In 1979 I attended the South African Grand Prix as a fan with a paddock pass. Standing outside Tyrrell’s pit admiring the 009 before warm-up, I was punched painfully in the liver by an overall-clad figure (Pironi), who strode past without a backward glance. That he did so – for no reason other than I was in his way – confused me. I felt zero when he retired from the race – won by Villeneuve, my then-hero.

Still, as a driver he clearly had ‘it’, so was worthy of respect. He won a grand prix for Ligier before moving to Ferrari as team-mate to Villeneuve in 1981. We know how tragically that ended for both, but despite my ambivalent feelings towards Pironi I never bought fully into hype that had him ‘duping’ Villeneuve at Imola, or that the Frenchman was (indirectly) responsible for the Canadian’s death a fortnight later.

David Sedgwick does a fine job of unravelling Pironi’s complicated life and persona, having interviewed various friends and family members, many of whom supplied memoirs. Thus he has pieced together the life and times of one of the most enigmatic drivers in Formula 1 history, warts and all. Suddenly I understood that punch: just as drivers needed to be muscled aside by Pironi, so did a stranger who was an obstacle that day.

Sedgwick has painstakingly analysed the events of Imola 1982, and while I don’t profess to know every detail about the weekend, I considered myself pretty much up to speed – yet he provides alternate perspectives based on lap times, pit messages, facts, interviews and logical deduction. Bottom line: There was no deal for either Ferrari driver to win ahead of the other.

Intriguingly, one of the chapters describes the friendship between the two drivers: ‘High-speed police chases and romantic threesomes – prior to Imola, Gilles and Didier had been the best of friends, sharing not only danger, but even, it transpires, romantic moments too.’ That their careers should end – Pironi’s due to horrific leg fractures suffered in a practice crash in Hockenheim – a few months apart is particularly ironic.

The book ends with chapters such ‘The Long Road Back’ (self-explanatory), “The Habit of Perfection” (his switch to off-shore powerboat racing, a series in which he lost his life in August 1987 after hitting the wake of an oil tanker), and Chapter 28: his legacy: twin boys, born after his death – named Didier and Gilles by his widow-partner Catherine Goux. Thirty-one years on Gilles works in F1, as an engineer at Mercedes F1.

On the surface, The Champion That Never Was is just another tale about a man whose sporting ambitions were (twice) thwarted at the final hurdle despite being pursued with icy determination. However, history (and hype) sold Pironi short, and this book redresses that imbalance via a mix of meticulous research, some haunting insights and a fluent style. Clearly the author was a Pironi fan, and thus went the extra mile.

It won’t be on every fan’s reading list, but deserves to be on the shelves of those to whom a balanced history is important. It could, though, do with more photographs.

Pironi: The Champion that Never Was

Pironi: The Champion that Never Was

6 comments on “‘Pironi: The Champion That Never Was’ reviewed”