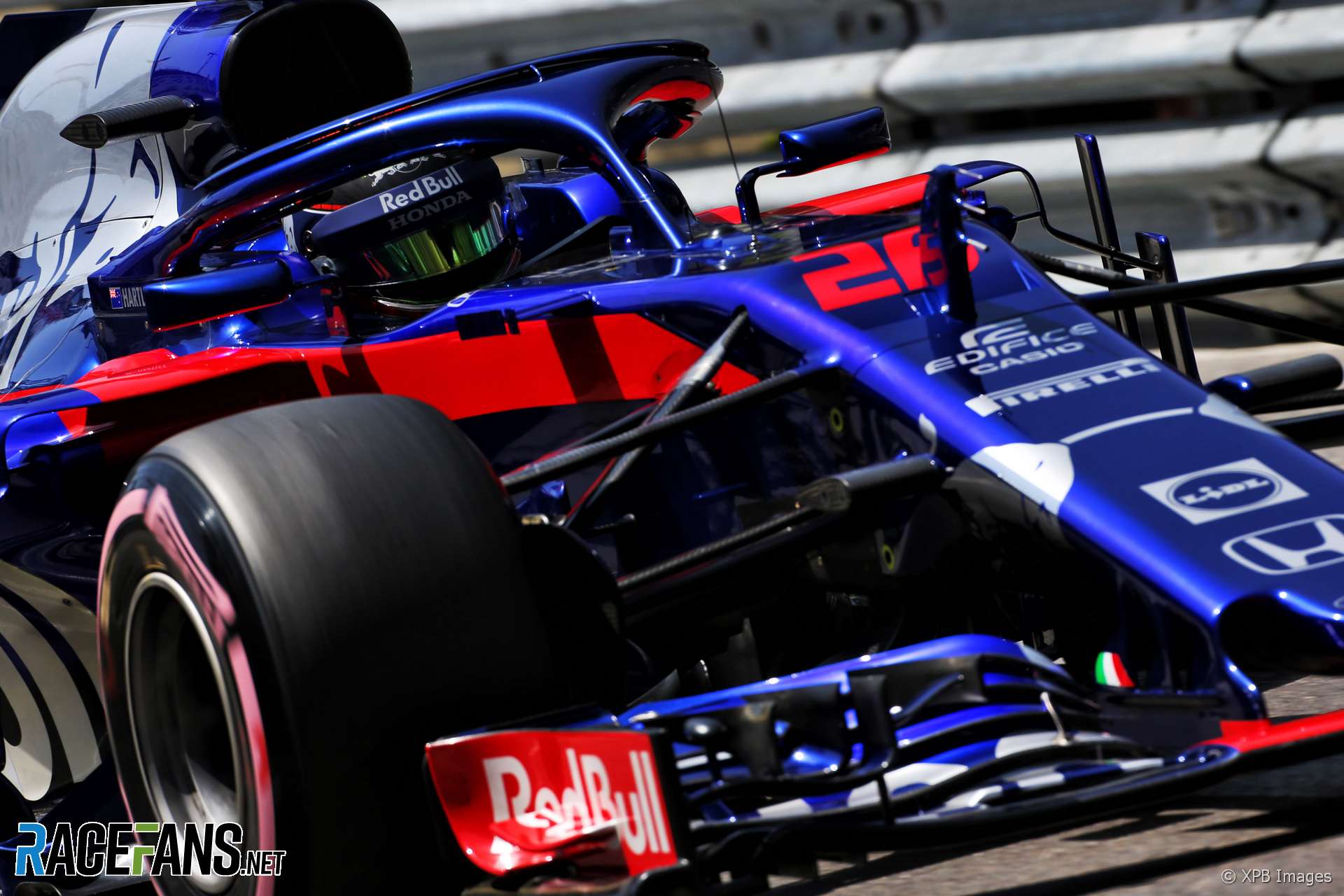 In the round-up: Toro Rosso driver Brendon Hartley says he is encouraged by the progress the team are making and expects more at the next race.

I think it’s pretty positive for Montreal. We have an engine update coming. We had a new floor here some performance put on the car. It looks like we’re really starting how to understand all the car’s potential.

I don’t know exact numbers [for the engine upgrade]. I think it’s better that you asks someone from Honda or Toro Rosso but I think it’s meant to be a sizeable step.

One year ago we imagined how a Formula E hypercar would work. Then we went out and did one. 4 independent Season 3 real race used motors. **1180bhp** in total. Pure electric ⚡️ beast. Amazing tech, @SchaefflerGroup pic.twitter.com/HDQMauBVhN

Just watched the #Indy500. What a show, from the driver introductions to the pouring of the milk it was enthralling all the way. Cars on the edge with even the best losing control. Reasoned commentary not needing to shout and scream to pretend it's exciting. Real motor RACING!!

Following my 6 month scans last week, we received the news that the cancer has returned & spread to other areas. We are in the process of evaluating our options of treatment. Although this is a difficult time for us, your continued prayers & support are very important to us.

"McLaren are expected to make a decision on IndyCar next month, which will then need to be signed off by their shareholders and the board."

"We're going to end up being sued and I'm going to tell you that they're probably going to win suits."

"A member of the F1 pilot’s legal team who did not want to be named told The Canadian Press on Tuesday that Raikkonen denies the allegations and claims to not know the woman or have touched her."

"Even when it looked like he was in trouble with the power plant, he was able to hold on. That was a great drive, that will go down as one of the great drives of Monaco."

Were Force India helping Mercedes or themselves by not holding Hamilton up?

Inter-team collusion is still banned in the Sporting Regulations, so regardless of what Ocon’s move was, I cannot imagine Toto Wolff being foolish enough to claim it was an order relating to Mercedes.

As it happens, I’m inclined to believe Force India because Ocon didn’t manage to make the tyre last as it was. I do not see how any element of attempting to hold Hamilton off would have helped him out, and would merely have put him behind Hulkenberg after his pit stop. Hamilton is not a rival in the championship, even if he happened to be a rival in this race. Hulkenberg is definitely going to be a challenge for the championship.

This was Force India thinking more long-term in its self-interest than is perhaps comfortable, but there is no particular reason to believe another team’s order would also be necessary. Especially given that Ocon appears to reserve over-defensive obedience of orders to situations when his team-mate is involved.
@Alianora-la-canta