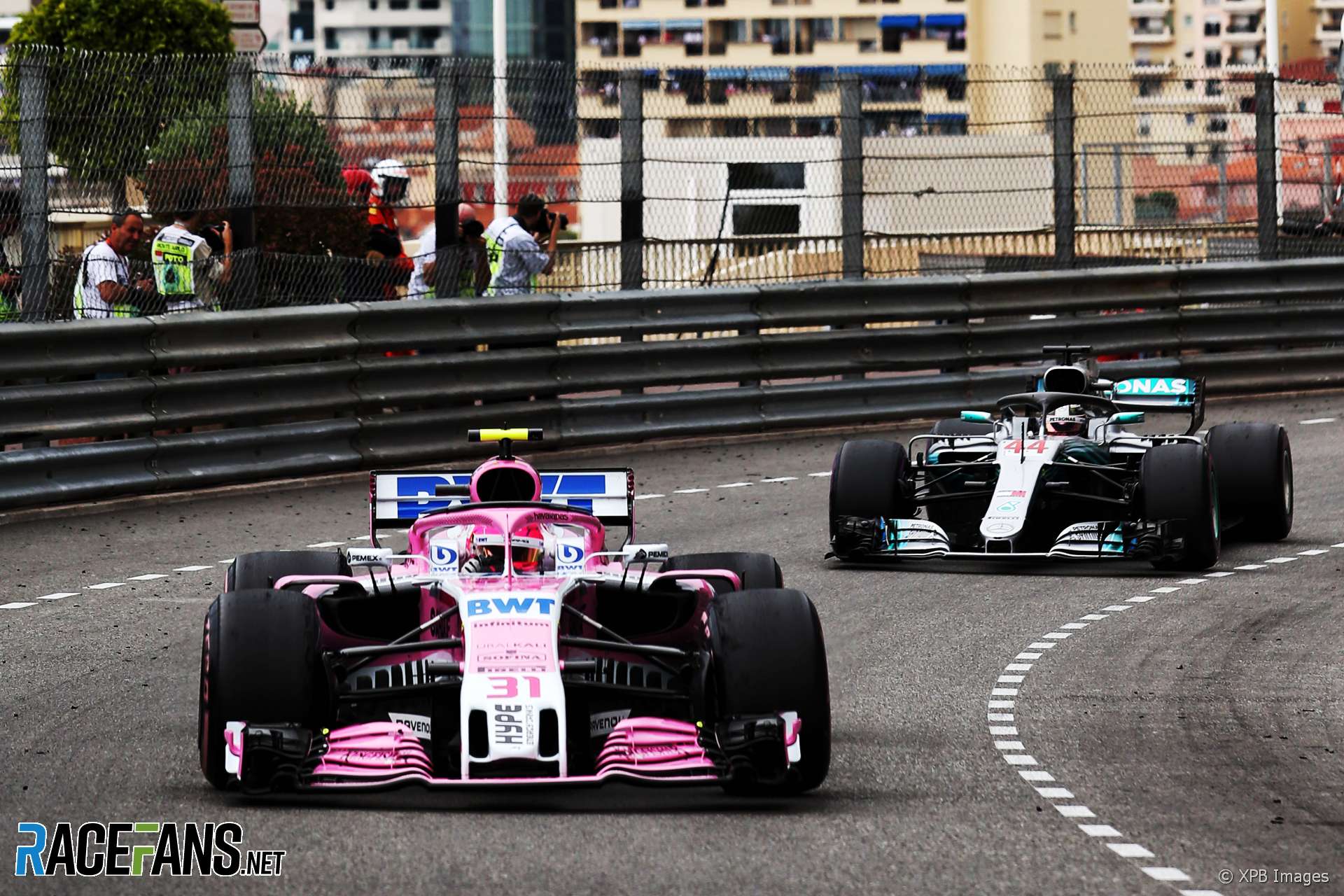 There were few overtaking moves during the race, and the ease with which Hamilton passed Ocon after his first pit stop prompted claims the Mercedes customer team had done the factory outfit a favour.

Kimi Raikkonen, who was trying to jump ahead of Hamilton through the pit stops at the time, was among those who thought Hamilton had been waved through.

“Obviously they pitted in the traffic but it was a Force India car and they got let by him,” said Raikkonen. “We stayed two laps out but it takes such a long time to clean the front that it didn’t really give us any opportunity [to pass].”

However Force India deputy team principal Bob Fernley told RaceFans they weren’t in the same fight as the front runners and wouldn’t have held up any of them.

“We were looking at tyre strategies,” said Fernley, “There’s just no point [to hold Hamilton up] because we needed to get him home with a comfortable one-stop.”

Hamilton said the moment he passed Ocon was his race’s only highlight.

“It was the most exciting part of the race, I got to overtake someone!” he said. “I was excited for a second. But he didn’t put up a big fight or anything like that so it wasn’t too difficult.”

80 comments on “No special favours to help Hamilton and Mercedes, say Force India”