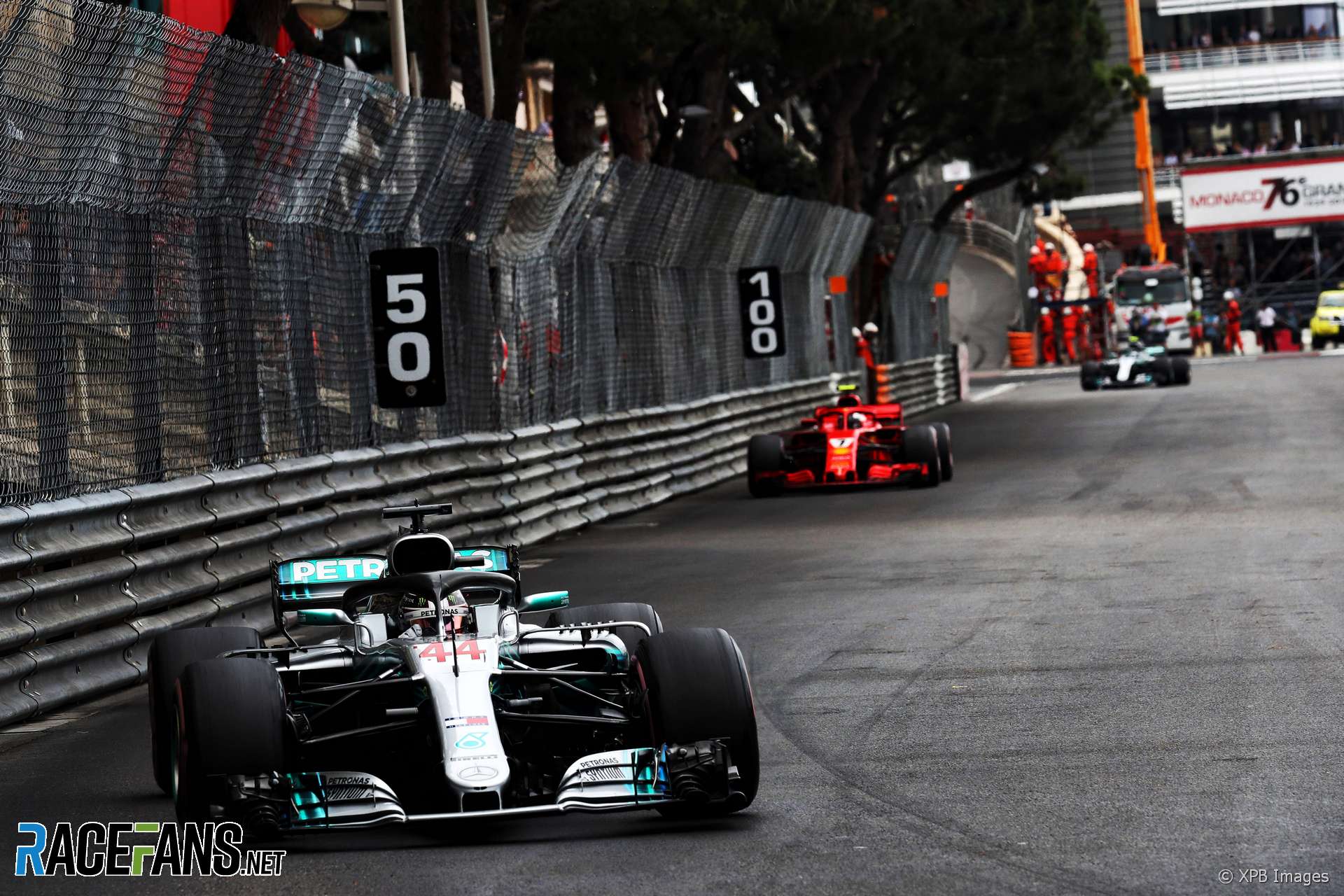 Lewis Hamilton reveals he was so concerned about his second set of tyres in the Monaco Grand Prix he warned Mercedes they wouldn’t go the distance.

Hamilton made an early pit stop to swap his hyper-softs for ultra-softs, which meant he had to go 66 laps on his final set of tyres.

“I was telling them ‘these tyres aren’t going to last’,” he said. “I think I did two laps and more than two-thirds of the tyre was grained. It happened on the hyper [too]: I’m turning and the thing’s going towards the wall, it’s bad.

“When you’re driving you can look at the tyres and you see the different layers. Eventually half the tyre was lower than the outside of the tyre, like a whole level down. And then I could see the couple of lines you can see at the low end of the tread and you’re like ‘it’s getting pretty bald’. But it was still going.”

“We never want to lose any points but we’ll definitely take that,” he said. “When I finished the race I was thinking it could be seventh, it could be fifth, it could’ve been much worse.

“If you look at last year I think we finished seventh here, it was a terrible weekend. So I think we had a much stronger weekend than last year.

“As I said I think coming into the weekend we truly believed we were the third quickest team here this weekend and we’ve finished third. So I’m super-happy that it’s not a bigger loss. To come to a race which is potentially one of our weakest out of two – probably our weakest, we’ll see when we come to Singapore – is definitely a positive.”