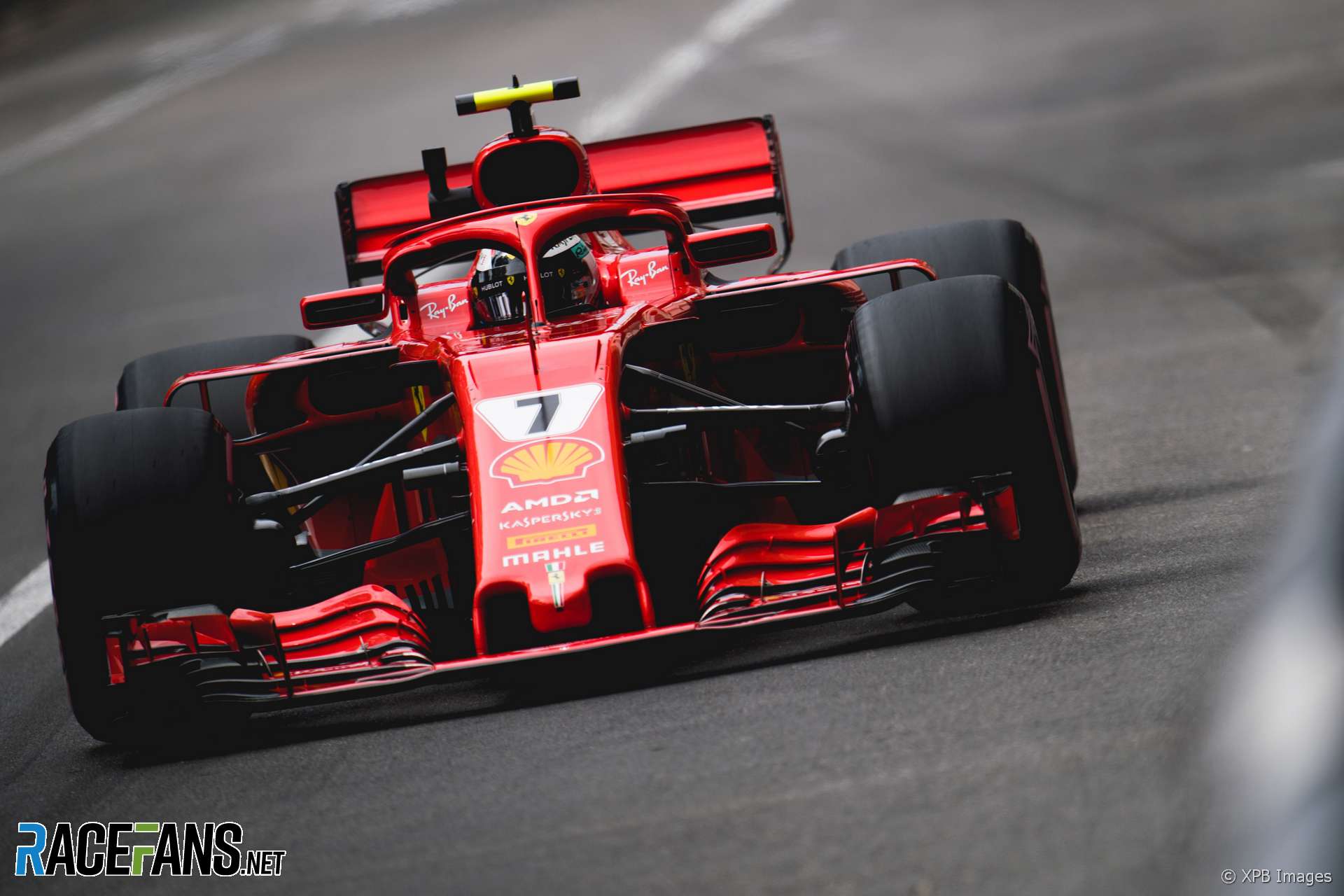 Kimi Raikkonen is one power unit part change away from taking a 10-place grid penalty after new parts were fitted to his Ferrari ahead of the Monaco Grand Prix.

Red Bull has also fitted a new turbocharger to Max Verstappen’s car, the second of the three he is allowed to use during the season.

Drivers receive 10-place grid penalties the first time they exceed their power unit part allocation. They may use a maximum of three engines (ICE), MGU-Hs and turbos, and two energy stores, control electronics and MGU-Ks.