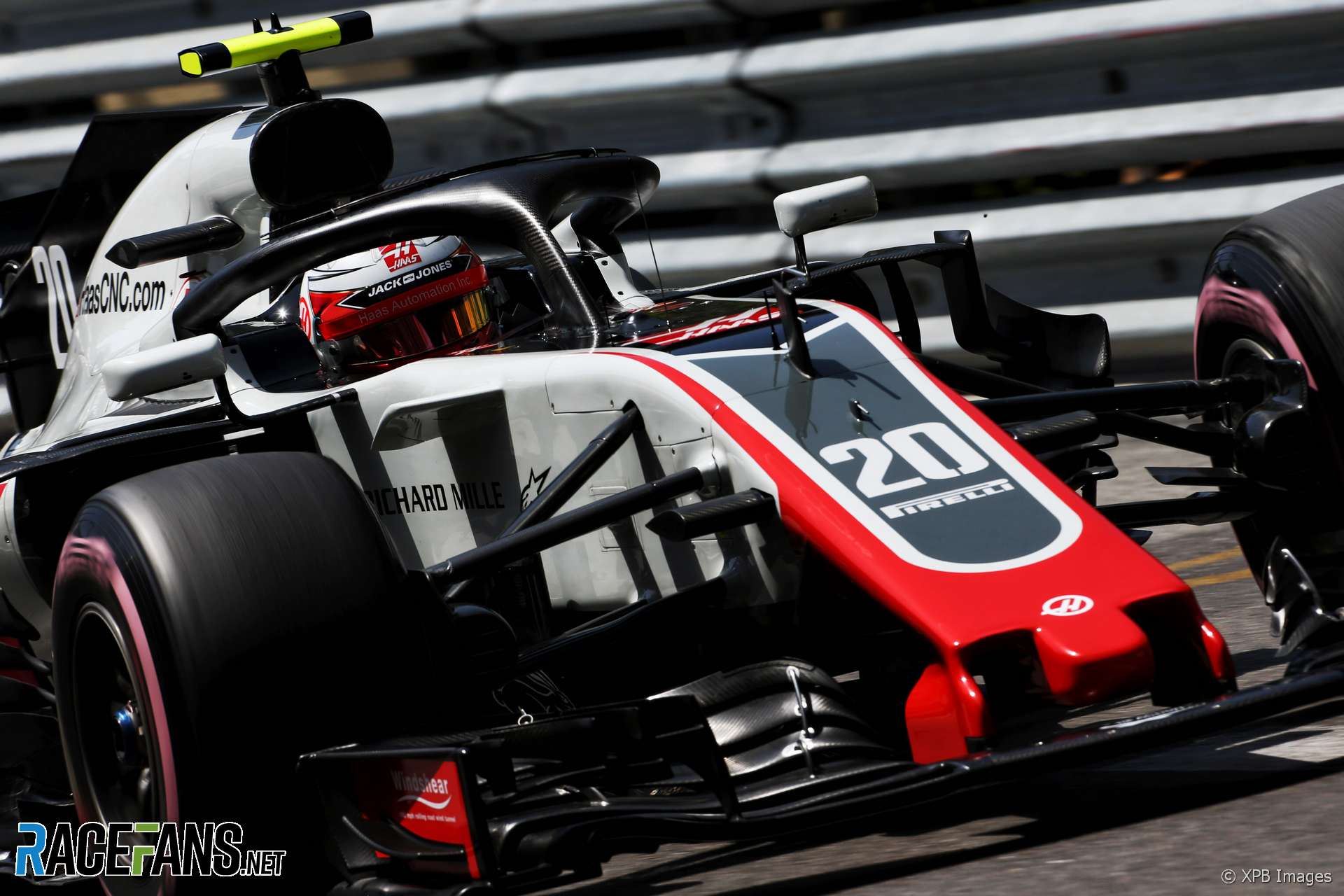 Kevin Magnussen revealed his car is running lower on downforce in Monaco than it was at the season-opening race in Australia.

The Haas driver said the late arrival of upgrades plus “fatigue” on other parts meant the team had to remove some pieces from its VF-18.

“Our upgrades have been delayed, so we’re still with the same car as we had at the first race,” said Magnussen.

“Not only that we’ve also damaged parts on the car, things are breaking. Nothing big, we’ve fixed the issues that are kind of safety-related. But still little winglets on the bargeboard, on the floor, they keep breaking off.”

The team hasn’t been able to repair all the parts it needs, Magnussen said.

“When you repair you basically just cut them up now and that means we’ve got less downforce than the first race. Everyone else is putting on downforce, that means you’re going to lose out.

Magnussen admitted the team didn’t expect their “disastrous” qualifying performance in Monaco, two weeks after their strong result in Spain.

“We’re kind of surprised to see it’s this bad. Barcelona is a very smooth track, it’s not very bumpy and you don’t take a lot of kerbs there so the car didn’t break. I think it also suited our car very well, medium and high-speed corners.

“We saw in Barcelona that our absolute biggest weakness was turn 10. So it’s kind of these corners where you have a lot of yaw in the car, the car is struggling lot.”

“If you look at the actual deficit it’s not that big,” he added, “it’s just tough that the whole field is so tight. It’s great for Formula One and everything but it means you don’t need to be that far off to be at the back.”

Magnussen is optimistic the team will be competitive again once its cars are fully repaired and upgraded.

“It’s a little bit disappointing that we haven’t got enough parts to maintain a new and proper condition car but that is a point that we need to improve.

“Even so I’m still very proud of the team, the fact they’ve been able to design such a competitive car with such limited budget and limited resources. To have a car, when it’s in one piece, that is actually that competitive, as we’ve proven on many different tracks now it works well.

“It’s just we need to put those new parts on the car.”

7 comments on “Haas losing downforce due to parts shortage – Magnussen”