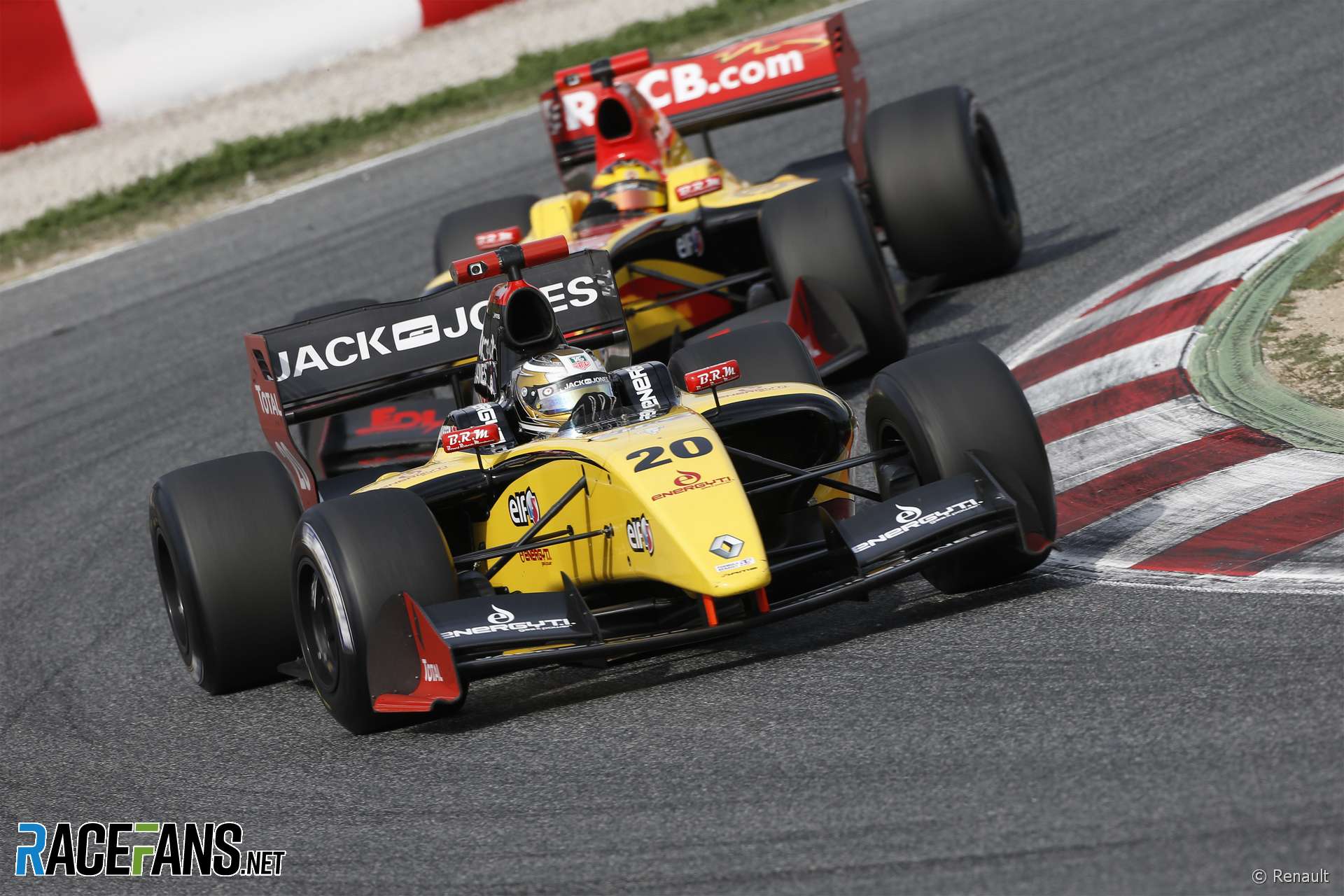 New aerodynamic regulations for the 2019 F1 season to aid overtaking do not mean a rethink of the DRS rules is needed, according to FIA race director Charlie Whiting.

The new rules are expected to make it easier for drivers to follow each other closely and enhance the power of DRS. However Whiting does not think it necessary to rethink F1’s contentious proximity-based DRS system, when drivers can only use it when they are within one second of a car ahead.

Some other championships which have DRS, such as the DTM and now-defunct Formula V8 3.5 series (pictured), have used it as a ‘push-to-pass’ device. This involved giving drivers a set number of DRS uses per race, which they can then use to attack or defend with. But this is not a system Whiting thinks F1 should adopt.

“I know there is divided opinion on whether we should even have the DRS but I think it’s worked very well for us. It’s fulfilled a need.

“I don’t understand why we would want to give anyone the opportunity to defend themselves, that would defeat the object, I think. But that’s only my opinion, it’s how it’s always worked.”

Whiting says the impression DRS has made overtaking too easy is wrong.

“It’s not easy to get to within the distance required to actually make a pass. You’ll see it time and time again, it really is not easy. It sometimes looks easy but that’s when there’s an inherent performance difference between the cars.

“If you’ve got cars of equal performance, which you have basically got in the beginning, then a driver has to work quite hard to get past another car. So for me it should remain exactly as it is.”