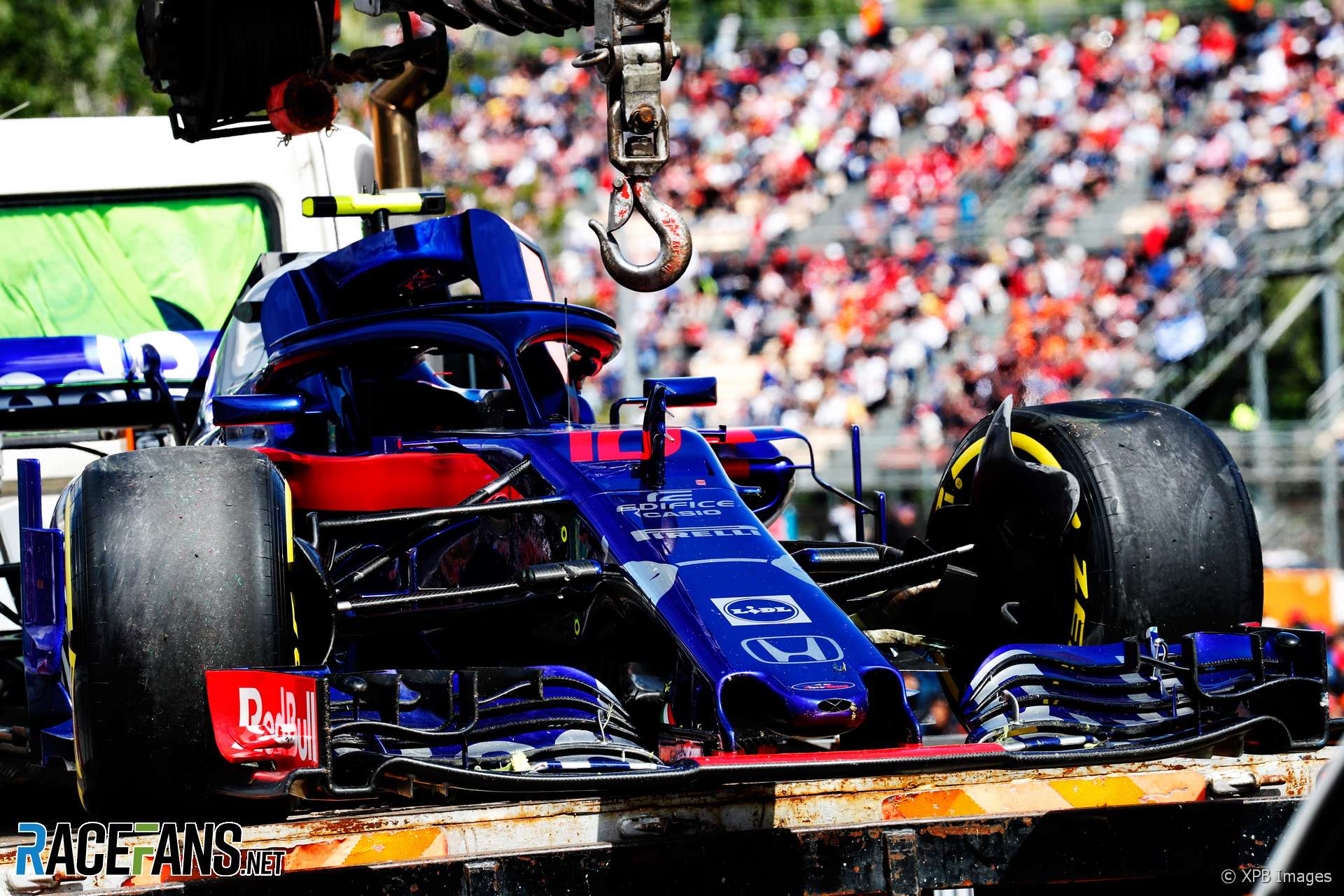 Haas team principal Guenther Steiner defends Romain Grosjean’s actions in the first-lap crash at the Spanish Grand Prix, saying he may have prevented more drivers from being eliminated.

Grosjean was given a three-place penalty for the incident after the stewards ruled he accelerated after losing control, which sent his car across the track into the path of two other drivers, who hit it.

Speaking before the penalty was issued, Steiner said Grosjean’s reaction may have prevented his car being stranded in the middle of the track where it would have presented a greater risk to other driver.

“He just tried to get out of the way,” said Steiner, “that’s why he accelerated when he was in the middle. Two were taken out but if he [ended up] in the middle maybe five would have got taken out.”

Grosjean has had a poor start to 2018. He is yet to score a point and has crashed out of the last two races. However Steiner views his latest retirement very differently to his crash during a Safety Car period in the Azerbaijan Grand Prix.

“I think this is completely different than what happened to Baku,” said Steiner. “This is just a start incident. You needed to take some risks, he took them, and they didn’t work out. What can you do?”

“I said to him I cannot blame you for this, it’s like you tried to get the best start you could and it didn’t work out. Move on. It’s as easy as this. Focus on Monte-Carlo. We know that he can be very strong in Monte-Carlo. Get your head in order and try to do your best.”

“For sure at the moment it’s not easy for him,” Steiner added. “He will not be [saying] ‘who cares, nine races, no points’. He will really suffer from it. But he needs to get back up on the horse and get going again.”