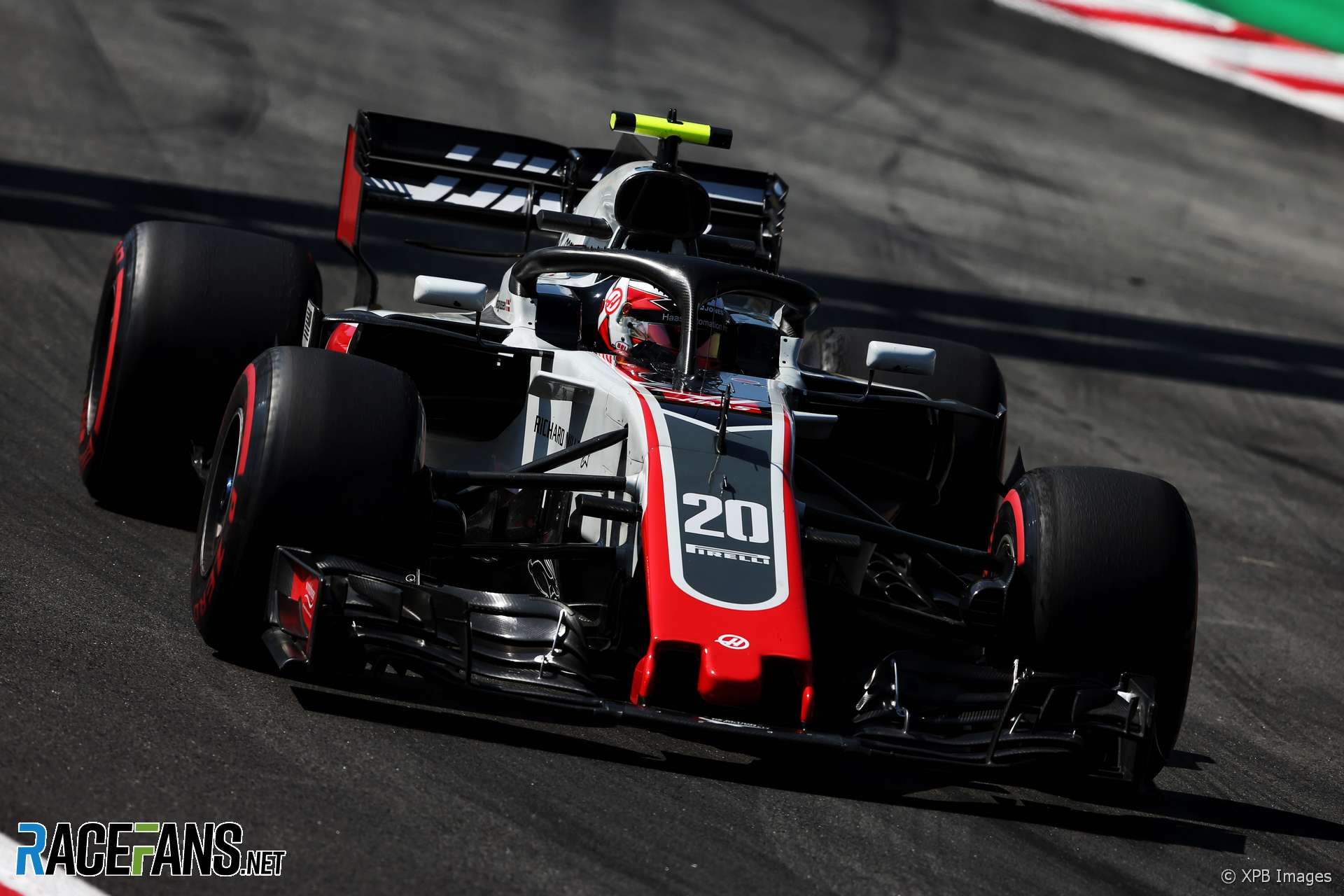 Kevin Magnussen described taking seventh on the grid for the Spanish Grand Prix as a ‘pole position’ for his Haas team.

As the faster qualifier outside of the leading Mercedes, Ferraris and Red Bulls, Magnussen believes a better result was not possible for the team.

“It was a good day for us,” says Magnussen. “It’s pole position for us. So we don’t really feel like we could’ve done any better. Unless you are in a Ferrari, a Mercedes or a Red Bull, then this is pole position.”

Despite qualifying seventh, Magnussen went faster on the soft tyres in Q2 than on super softs in the final shoot-out session. Magnussen believes the yellow-marked compound will be the preferred tyre during tomorrow’s race.

“Even though the temperatures came down, I still did my fastest lap in qualifying on the softs,” explains Magnussen.

Magnussen believes the start of the race will be crucial, but does not feel Haas will be in a position to challenge the leaders during the Spanish Grand Prix.

“I don’t think we can fight the Red Bull,” says Magnussen. “In my position, the most important lap of the race will be the first lap. For sure. I don’t think I have that much to win. I have a lot to lose.

“I really feel like I’m on pole position because I’m not really attacking anyone ahead. Of course I’ll take whatever is there if I get an opportunity, but I’m not expecting to be fighting in front. It’s just a race of trying to maximise your own race and perform.”

12 comments on “Seventh place like a pole position – Magnussen”