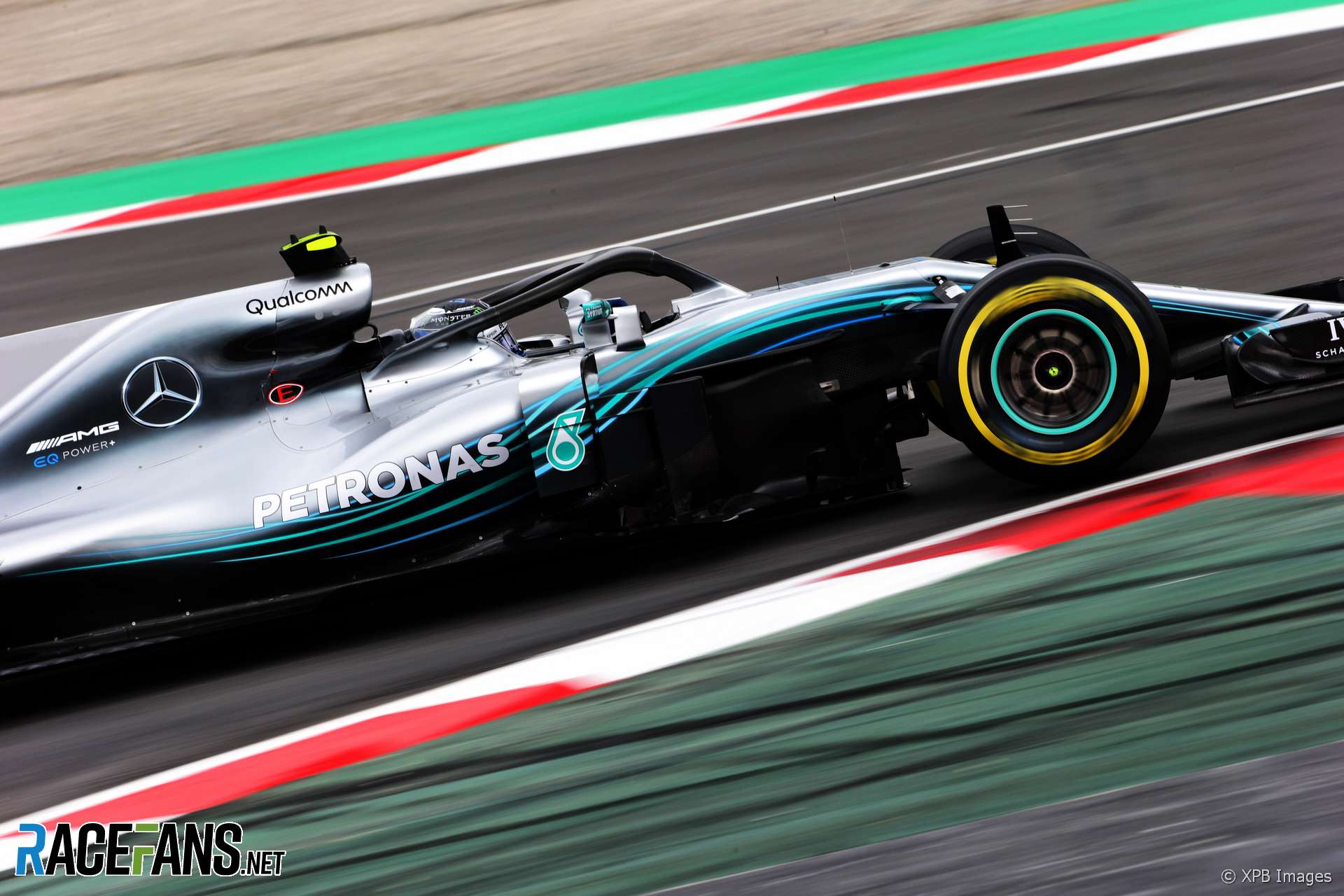 Pirelli expected their tyre choices for the Spanish Grand Prix weekend would produce a different kind of race at a circuit which isn’t known for close action.

However the biggest development of the weekend so far from a strategy point of view has been the poor performance of the super-soft tyres. So much so that only one driver among the top ten for Sunday’s race will start on them: Fernando Alonso.

This is a blow to Pirelli’s hope of enlivening the race by encouraging more drivers to use two-stop strategies. For any drivers starting on super-softs – which may turn out to be only Alonso – the quickest strategy would be to run two stints on soft tyres.

But for those starting on softs, because they have to use another tyre compound and won’t want to fit the super-softs, a single-stop to switch to mediums is the way to go. The only remaining question for the front runners will be how early they dare to pit.

So on the face of it a fairly straightforward race is in prospect. But the weather may yet force the teams to throw their strategy plans out of the window.

Since early in the week teams have expected rain from Saturday night into into Sunday, but it was previously expected to stop several hours before the race. Now some forecasts indicate a strong possibility it will continue until later in the day.

Rain began to fall at the track late on Saturday. Will it turn out to be the story of Sunday?

Will Ferrari or Red Bull take the fight to Mercedes? And who will emerge as best of the rest? Have your say in the comments.

Share your views on the Spanish Grand Prix in the comments.