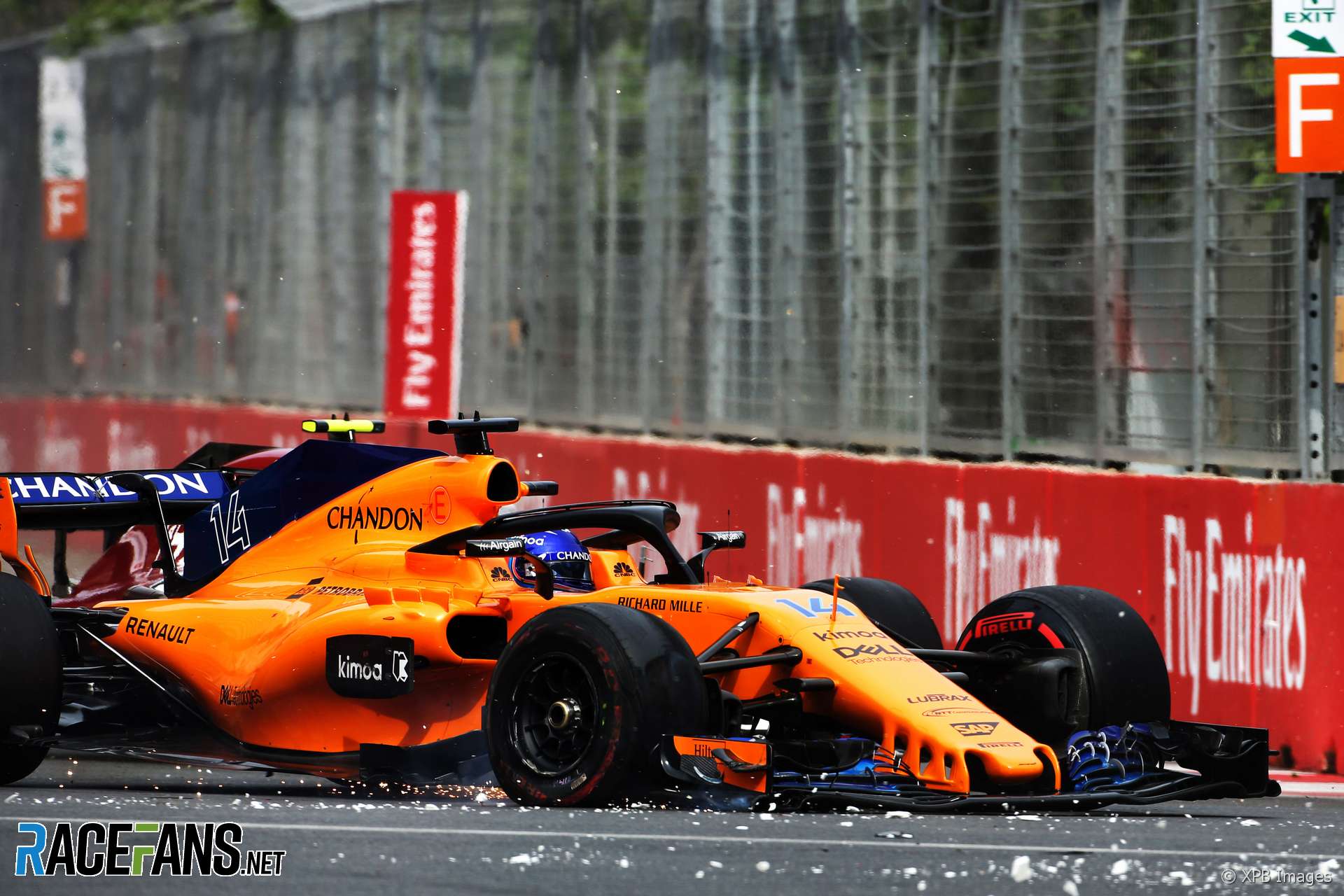 Williams has lodged a protest with the Azerbaijan Grand Prix stewards against Fernando Alonso for the manner in which he drove back to the pits on lap one of the race.

The team has also asked the stewards to review the verdict on the lap one incident involving its driver Sergey Sirotkin, Alonso and Nico Hulkenberg.

Sirotkin was given a three-place grid penalty for this weekend’s Spanish Grand Prix and two penalty points on his licence. Alonso went on to finish the race seventh, one place ahead of Sirotkin’s team mate Lance Stroll.

The stewards noted in a statement: “The team has requested the stewards review an incident involving cars 17, 27 and 35 in turn two of lap one of the race and the actions of the driver of car 14 in returning to the pits. (The stewards note that the reference to car 17 above is most likely incorrect and it should be car 14, namely Fernando Alonso).”

Williams has also requested the stewards consider the decisions it made regarding Esteban Ocon’s clash with Kimi Raikkonen on the first lap of the race and Kevin Magnussen’s collision with Pierre Gasly.

A hearing on the protest will be held in London at 10am local time tomorrow which team representatives have been invited to attend via teleconference. Any new evidence will be taken into consideration and if the stewards determine there is grounds to reconsider their verdict a review will be held at 11am.