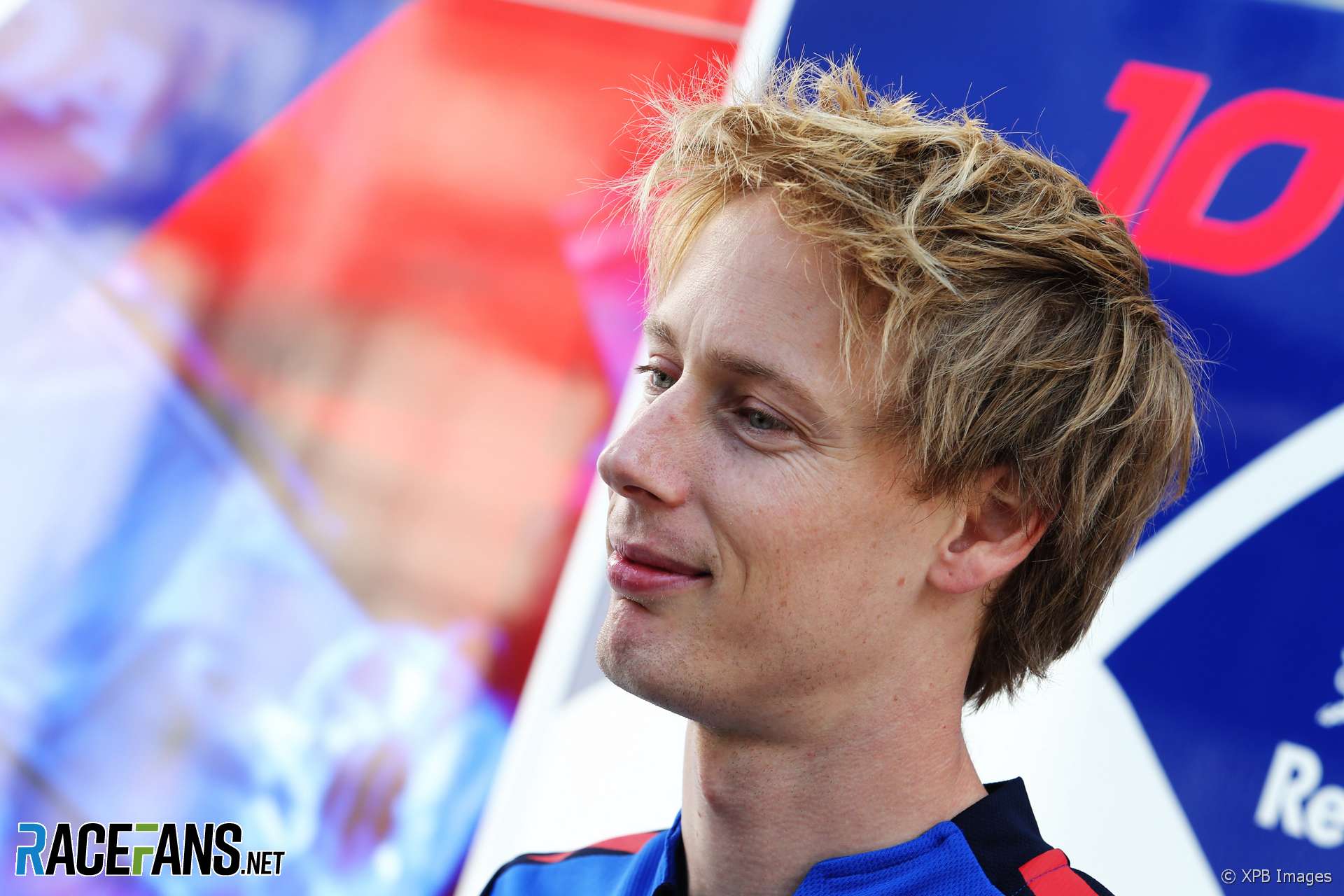 Brendon Hartley described how he resisted a late attack from Marcus Ericsson to score the first point of his F1 career in Azerbaijan.

“I’m obviously really happy to get that point because even the last lap I had quite a lot of pressure,” said the Toro Rosso driver.

“I was told I was P10, I had Ericsson behind. Even though I had quite a big gap coming onto the back straight, he wasn’t so far, so I had to push pretty hard on the last lap to keep him behind and use all the tools available.

“It was still a big fight to get that P10 so I’m happy I kept the composure, kept it together and brought home my first point. I think when I’m in this scenario again I’ll be more relaxed because I’ll know I’ve got at least one point on the board.”

However Hartley admitted he “felt like I was on the defensive the whole race – we really didn’t have the pace.”

“There was a lot of drama all around us. I kept it clean, I didn’t make any mistakes and I brought home one point. I’m happy for that but at the same time we really didn’t have the pace to be much further ahead.

Tenth is the team’s second-best result of the year after Pierre Gasly’s shock fourth place in the Bahrain Grand Prix, where Hartley failed to score. He admitted this had been a missed opportunity and the team’s loss of pace since then is a mystery.

“I wish I knew because the obvious question is why we were so quick in Bahrain. Pierre had the result, I also had the pace in Bahrain but obviously I didn’t get the result.

“At this moment I don’t have the answers and I think the team will continue trying to understand. It was only a few weeks ago.”