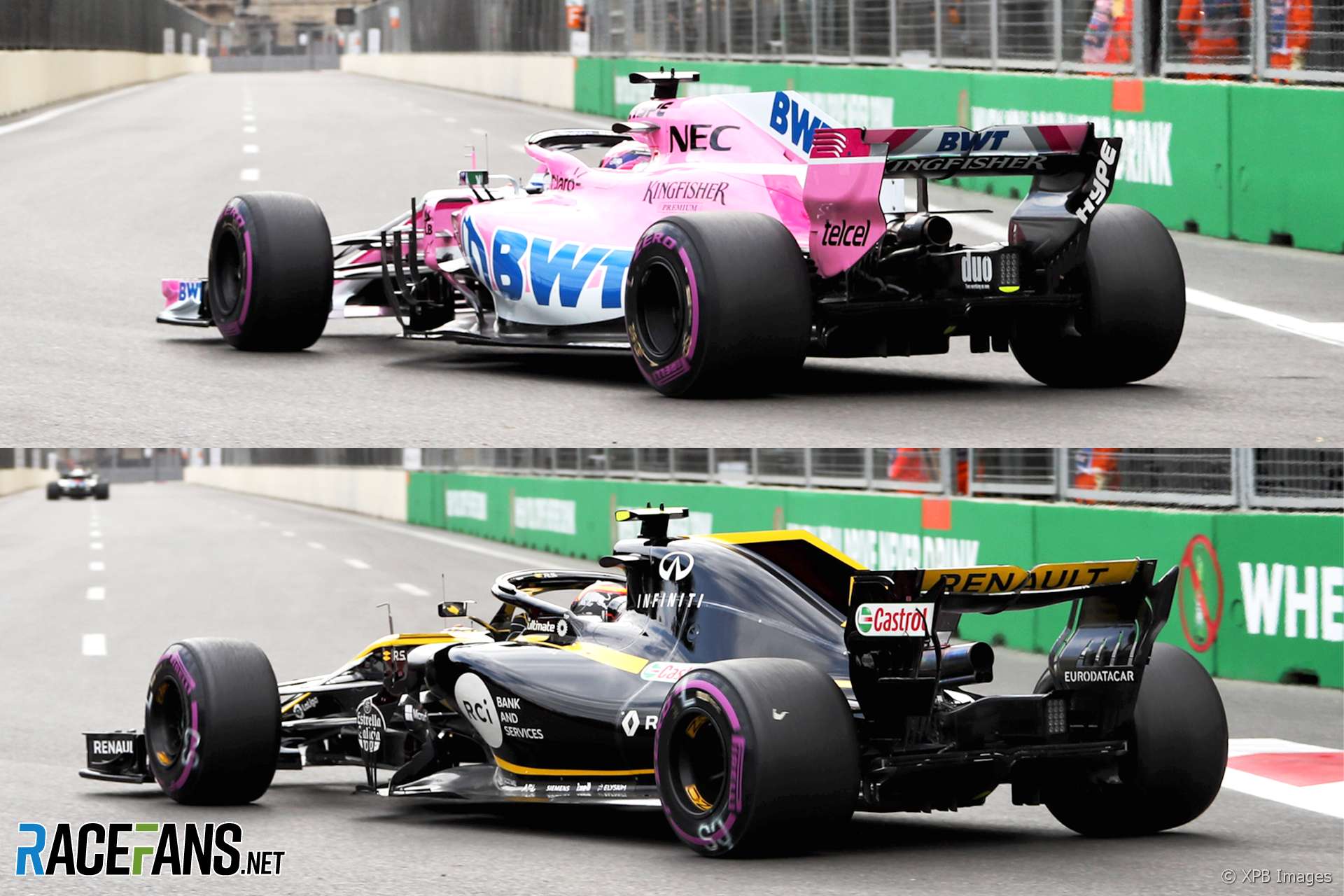 Renault brought a special medium downforce package for the Azerbaijan Grand Prix to ensure they would be competitive on the track’s long straights. This meant running slimmer rear wing angles than their rivals and sacrificing performance in the corners.

“You see the Williams and the Force India with huge rear wings and we, together with Red Bull, are running a very small rear wing,” said Sainz. “It’s no secret that they are very strong in engine performance and it’s allowing them to carry more downforce in their cars.”

“That’s why they come back [to the front of the field] in this sort of track.”

Sainz is optimistic Renault will reduce the deficit to their rivals.

“There’s still a gap, we’re still working on it, there’s development to come to close the gap. But it still exposes that there is a bit of work to do.

“I’m not worried at all because it’s something Renault is looking at, it’s something we are working at. The gap is smaller than what it was in 2015, 2014. So that’s why we were also able to get into Q3 here and Red Bull is also strong.”

Sainz’s team mate Nico Hulkenberg pointed out it isn’t just Mercedes who are leading the way in power unit development.