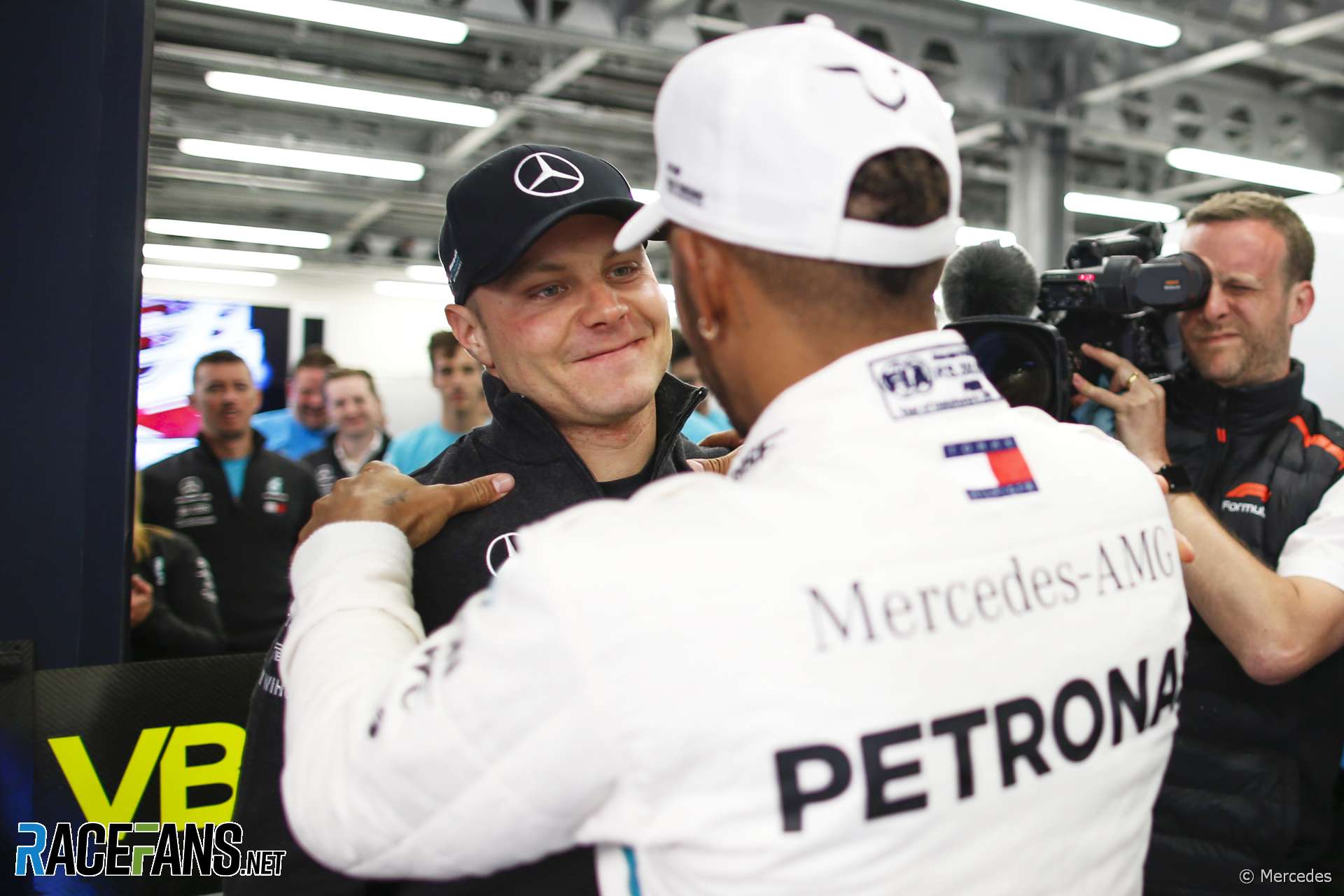 Bottas is seeking a renewal of his contract to drive for the team again next year. He was three laps away from victory in Baku when a right-rear puncture put him out.

That handed the win to Hamilton, who visited his team mate to commiserate with him before celebrating his victory.

“The reason I was delayed on the podium was because I came back here,” he said. “He had just driven a great race, I was battling at times and I think he just drive exceptionally well as he did in the last race.

“I think more so than ever he’s earned his place here. And I think the team should be really happy with him. I know how difficult it is when you have days like that when you think you’re going to win and then it gets taken away, I’ve had that before. So just out of respect I thought I’d try and lift him up a little bit.”

“I don’t think he was expecting to see me,” Hamilton added.

Hamilton described the moment Bottas’s tyre failed after he struck a piece of debris on the pit straight.

“It was difficult to see at those speeds with the turbulence and everything. All of a sudden he started to slow down and then I saw some white or silver start to show where’s usually black. I thought something must have happened to his tyre, obviously I got closer then backed off because I didn’t understand what exactly had happened.