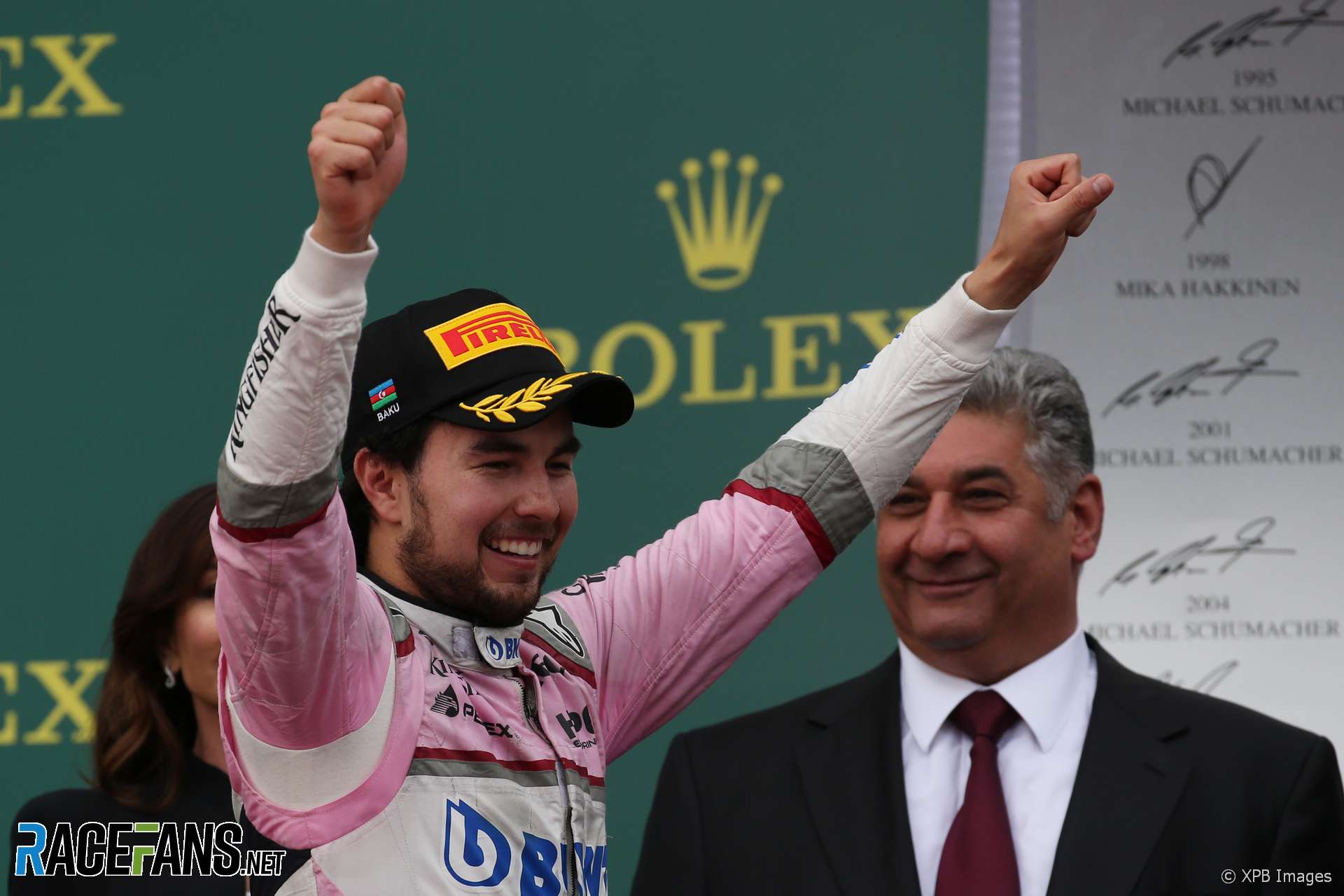 Sergio Perez has kept his podium finish in the Azerbaijan Grand Prix following an investigation for a DRS infringement.

The Force India driver incorrectly activated his DRS twice during the race but the stewards ruled this had been in error and he did not overtake any cars as a result of it.

Lance Stroll and Kevin Magnussen were also cleared of activating their DRS incorrectly during the race.

Drivers had to operate DRS manually at times during the race because of a problem with one of the detection points. The three drivers experienced problems with the procedure to activate their DRSs manually.

“It is apparent that to move to the ‘default’ setting if the DRS system malfunctions, requires the team to convey to the driver, by radio, a series of steps to adjust various settings,” the stewards noted.

“In this case, the DRS light came on and as this was the first time the driver had experienced a default operation for the DRS, there was some misunderstanding of the procedure and the driver incorrectly activated the system manually. The system however, was only activated twice, each time for a short distance before the driver and team recognised the error.

“The stewards are satisfied that no car was overtaken through this incorrect use.”