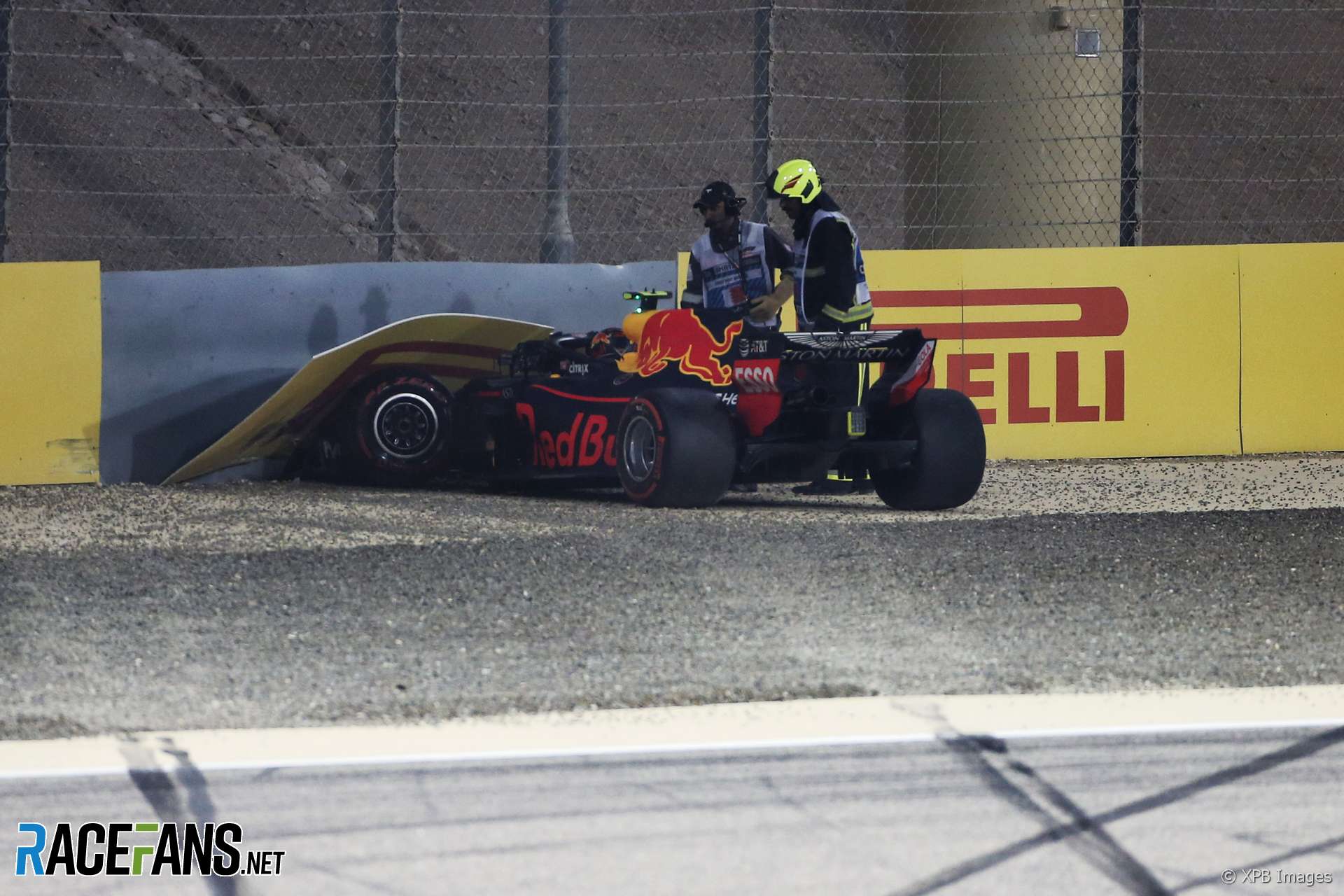 Christian Horner has cleared Max Verstappen of blame for his crash during Q1 in Bahrain after reports yesterday suggested he held his driver responsible.

The Red Bull team principal told Ziggosport his quotes had been mistranslated.

“The problem with these quotes, you make a quote in one language, by the time it goes through German into Dutch it ends up being a completely different story.

“I was asked the question did the throttle stick open, the last race. No, the thorttle didn’t stick open. We’ve had very poor gearshifts in that area which is a software issue on our side, not the Renault side.

“That’s what caused a really hard shift, [and] combined with Max being on the kerb is what caused the incident. Nothing more to it than that.

“Is Max at fault? No, other than that he was sitting in the car.”

Horner said the team is examining what went wrong on its car. “He had a very bad gearshift which is something we’re working on which has caused the issue.

“It’s not anything that Max has done wrong, that’s for sure,” Horner added.

Verstappen said Horner’s comments have set the record straight. “I think Christian today set everything right because I think yesterday he was misquoted,” he said. “So I have nothing else to add to that.”