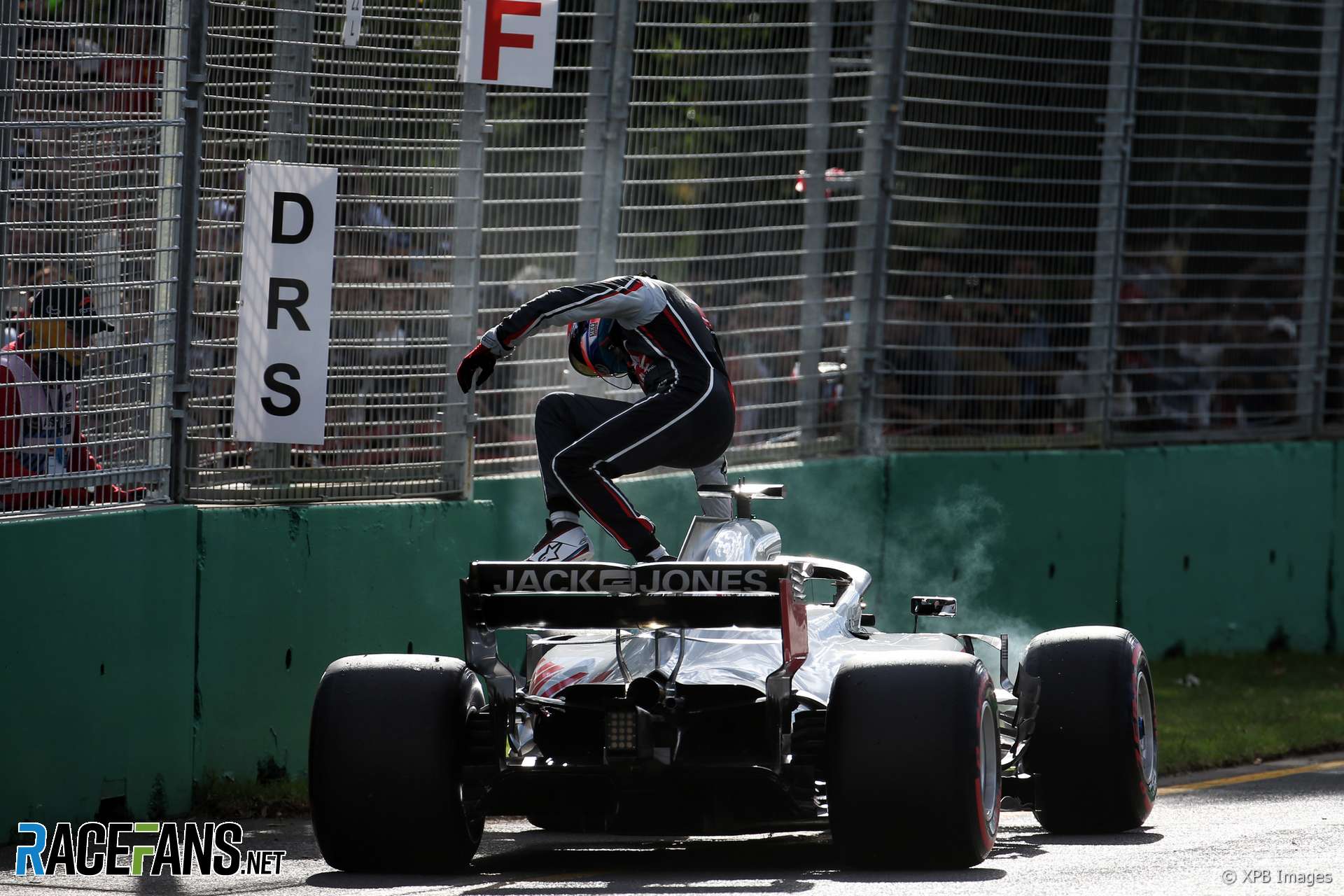 Both Steiner’s cars retired from the season-opening race because they were sent out of the pits with loose wheels. In Bahrain a Ferrari mechanic was injured in one of two unsafe release incidents involving the team.

However Steiner believes F1 should be wary of introducing further restrictions on how teams can perform pit stops.

“I think our pit stop, for us it didn’t make it interesting, but it gives another element of interest,” he said. “If you make everything 100% safe, why the hell do we watch F1 racing? That’s my opinion.

“We need to have this, where the human being can make a mistake. It happened to us and I’m not happy about it but in general we need some risk-taking. If you make everything automotised we can put robots there and we do it and there will be no problem but then who is going to watch us?

“I’m not saying that we should put people in danger,” he added, “but how many years since we had the last injured man?

“We still know it’s a dangerous sport, things can happen. Playing football somebody breaks their leg. Again, I feel sorry about the guy and I think it shouldn’t happen, but it happened, and we cannot make it right anyway.”

Steiner pointed out the devices intended to prevent wheels detaching from cars, introduced in recent seasons, had worked.

“The system worked, so why are we going to change it? Yes, we had a loose wheel, who paid the consequences? The people who put it on. Nobody else.

“I wouldn’t rush to a knee-jerk reaction after what happened. It was clearly our fault, we paid the price for it, and on we moved. Nobody was hurt in our instance. It’s part of Formula One, if you do something wrong you get penalised.”

Steiner was speaking on Thursday in Shanghai. On Friday McLaren was fined for releasing Stoffel Vandoorne’s car from the pits with an unsecured wheel.

Following Haas’s pit stop errors in Australia, Steiner admitted he found it difficult to watch the team’s pit stops at the next race.

“You can imagine how everybody felt for the first pit stop we did in Bahrain I didn’t even want to watch it, but then I did.

“The guys did a good job recovering this quick. And pit stop number three was the eighth fastest of the race which was never our aim. Our aim was just to get the car out again solidly. I think our guys bounced back very strong, we did the right thing shuffling a few positions and giving them enough practice so they get the confidence back.”