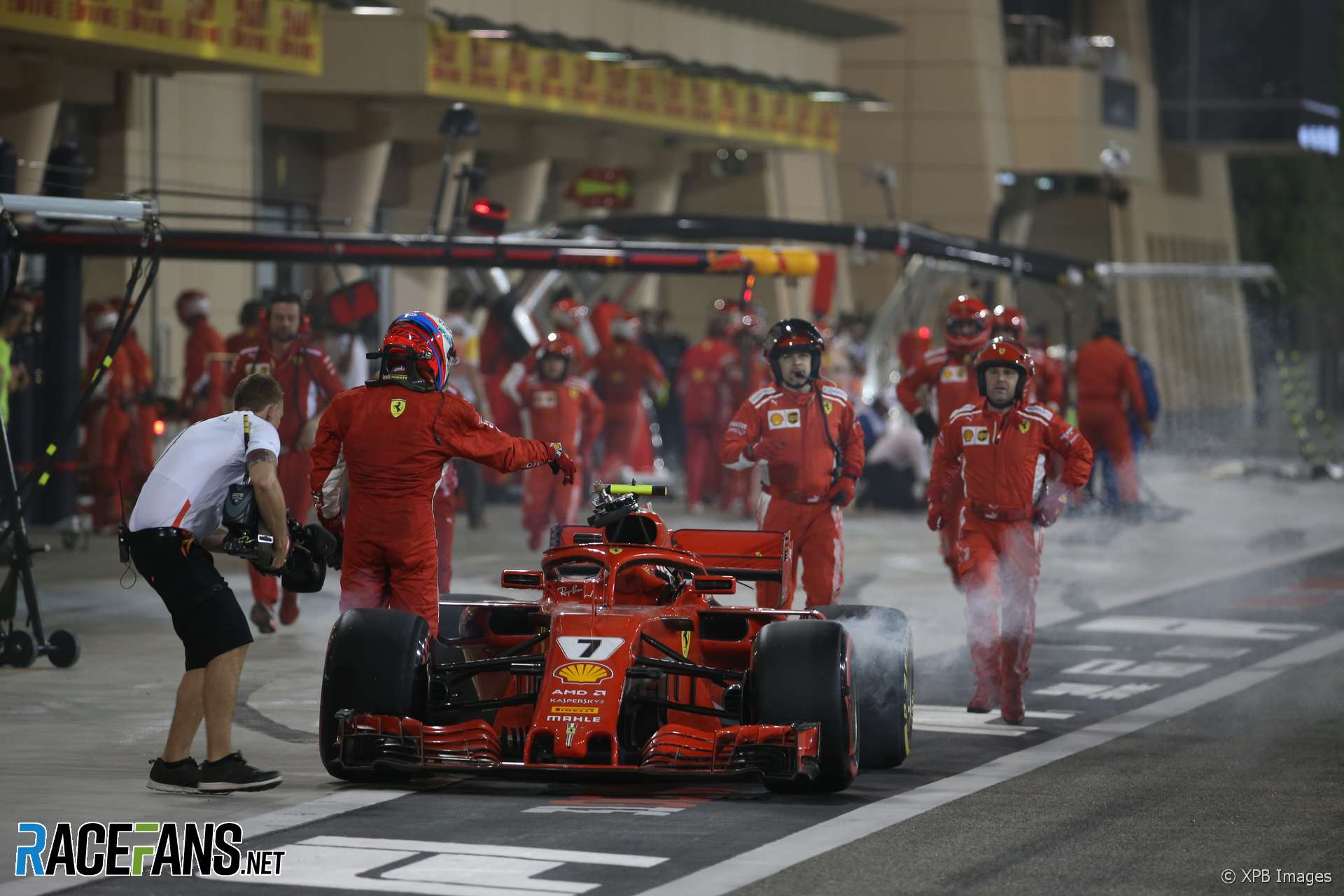 Kimi Raikkonen said the problems he suffered in the first two races of 2018 weren’t simply down to bad luck.

The Ferrari driver retired from the last race when his team released him from the pits too soon and one of his mechanics was knocked down. In Australia Raikkonen was running second early on but a Virtual Safety Car period helped team mate Sebastian Vettel jumped ahead of him.

“I don’t think it’s anything to do with the luck,” said Raikkonen when asked about his start to the season. “Maybe at the Safety Car you can argue it’s unlucky, but it happens, and it can happen to you.

“Obviously we had an issue in the last race that cost us. I don’t think it’s anything to do with luck. It’s purely things that we have to improve. It’s disappointing obviously to have that early in the season such a bad result.”

Raikkonen said it might have been possible to rejoin the race in Bahrain had the team been able to bring his car back and fit a replacement wheel for the one which had not been successfully changed. However the team also had to attend to mechanic Francesco Cigarini, who suffered a broken leg when he was struck by the Ferrari.

“They have to look, there are probably a lot of things that could’ve been done differently,” said Raikkonen. “But this is what happened, and we paid the price for it.”

“I think a lot of things are questionable,” he added.

“We are always trying to gain on everything, but unfortunately it was far from ideal, and the end result was one of our guys got hurt.

“But my only job is to follow the lights and go when it’s green. And when it goes green for, I don’t know, one second, I’m gone already, there’s nothing that you can do to turn back to red.”