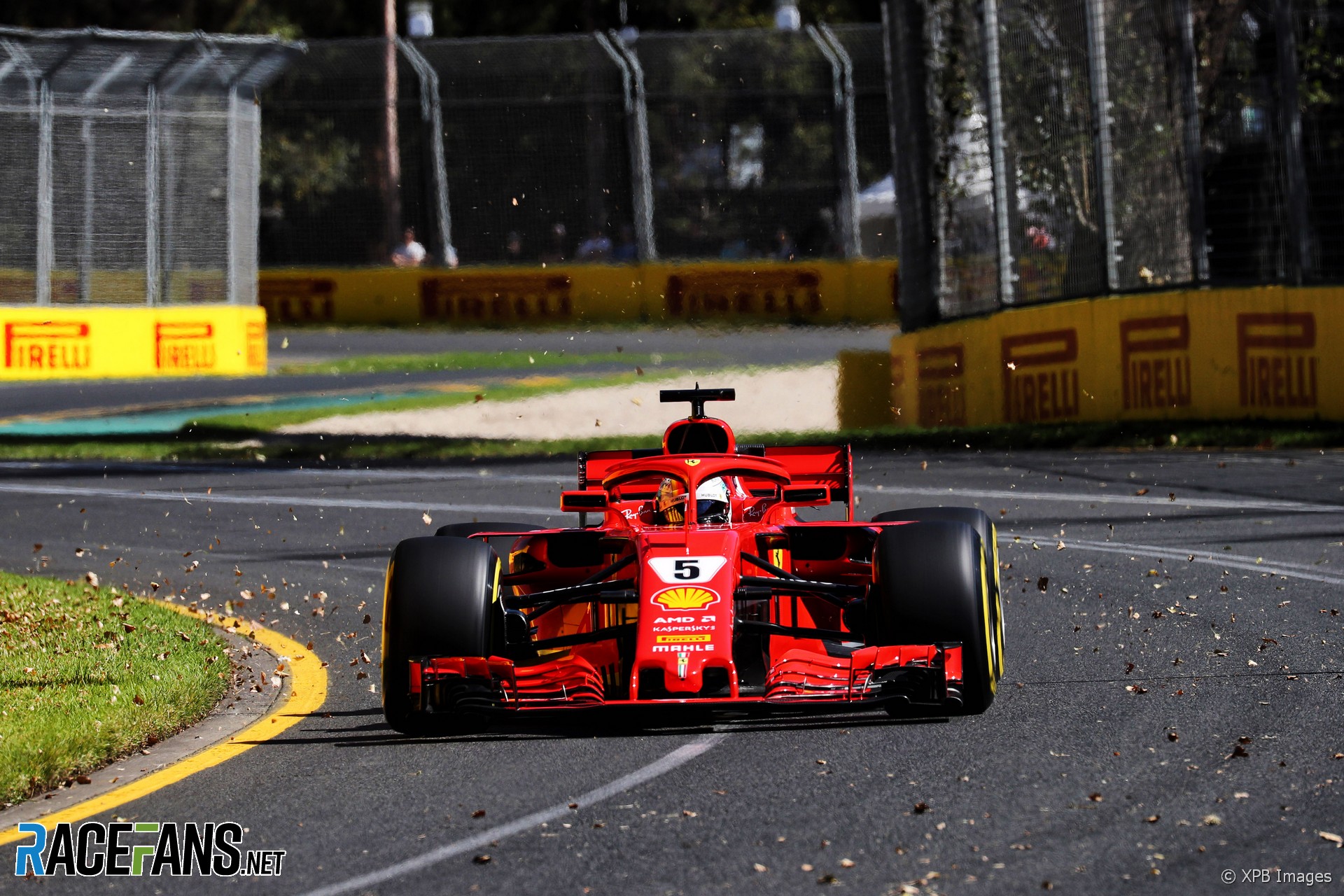 Sebastian Vettel said he is encouraged by how close the times are at the end of the first day of practice for the Australian Grand Prix and expects to find more time from his car.

“We tried to chance the balance a bit because I didn’t feel yet very comfortable,” he said. “So I think we still have quite a lot of performance in hand.”

“I’m not too worried because I know that if I get everything right then we should be in better shape. It looks to be close which is good news. We should be able to do something tomorrow.”

The quickest Ferrari was within three-tenths of a second of Lewis Hamilton’s pace-setting Mercedes in second practice but Vettel isn’t sure whether they’ll be in contention for pole position tomorrow.

“I think it’s too difficult at the beginning of the season to know,” he said. “Normally after a couple of races you know how much everybody is improving, you know where you have to be on Friday to have a say for pole. But this year everything is new so we have to wait.”

Romain Grosjean’s Haas lapped within half a second of Ferrari but Vettel said that isn’t the only midfield team which could impress with its performance.

“Haas has left with a strong impression from Barcelona,” he said. “At least today for one lap they seemed reasonable, I didn’t see much else. I think we’ll have to wait to really confirm.

“Melbourne is a tricky track. If you don’t feel 100% then there’s quite a bit of time in that which all of a sudden comes if you feel confident.

“Therefore I wouldn’t rule out, further back, McLaren as well. They didn’t do much in testing so it’s difficult to judge where they will be. If it’s close, it’s good for everyone, you’re always in range and you can do something.”

Vettel also explains his choice of name for this year’s Ferrari. He has called his SF71H ‘Loria’.

“So we invent a new name,” he explained. “Well, I don’t know, maybe if we do really well this year then at least in Italy there will be some girls named ‘Loria’ as well, that would be really nice.”

“Every year we try to come up with something funny and there’s a bit of reason behind. let’s see, it’s just the beginning of the story. Maybe we add a letter here or there at the end of the year.”