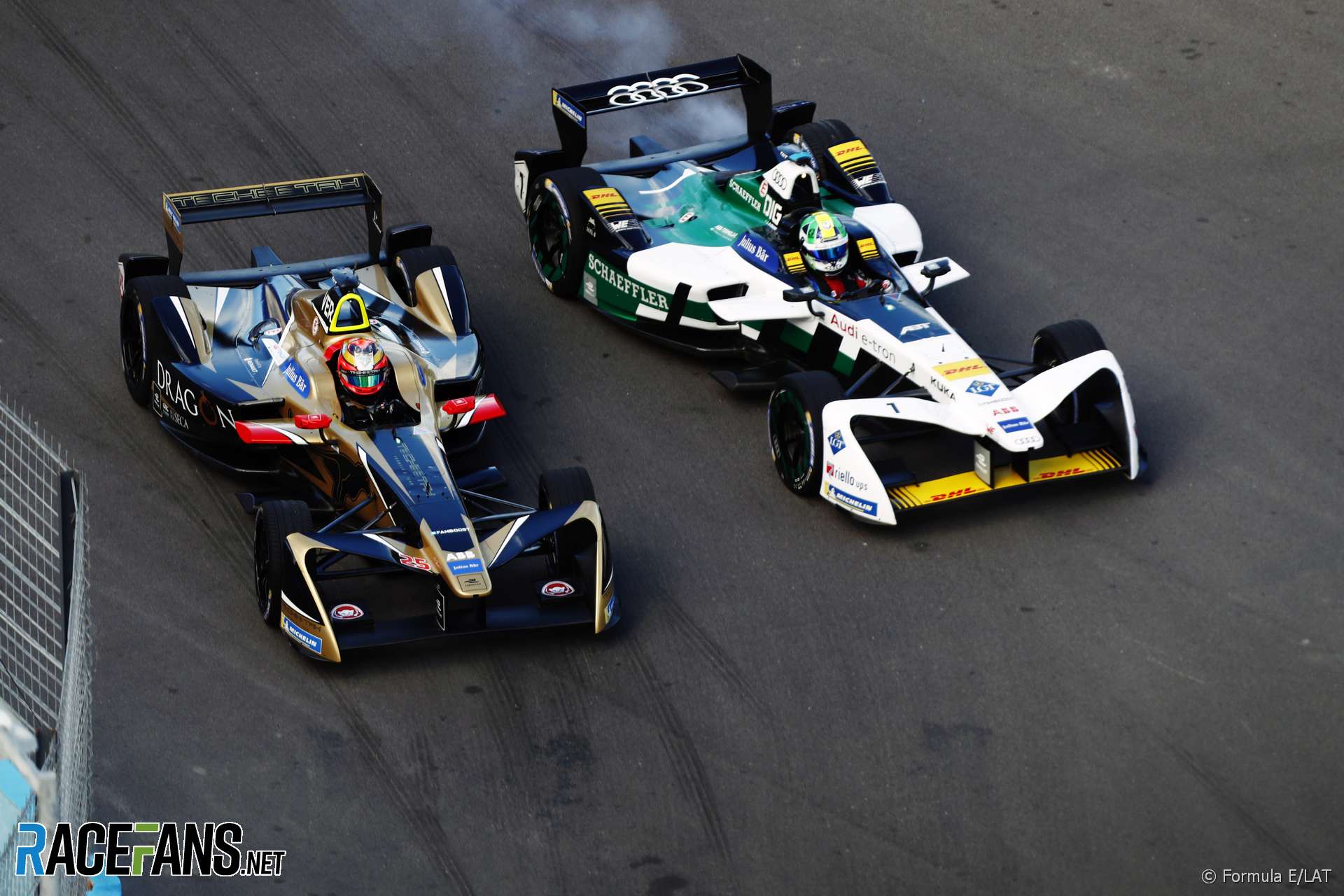 Jean-Eric Vergne soaked up race-long pressure from Lucas di Grassi to score his second win of the 2017-18 season and extend his championship lead.

Di Grassi, who lost pole position to Vergne after his time was deleted for striking a bollard during the pole position shoot-out, spent much of the second half of the race closely inspecting the tail of the Techeetah car. The pair made contact at times and crossed the line separated by less than half a second.

Vergne denied Audi a second consecutive victory but second place for Di Grassi is the best result so far of his luckless championship defence. However the reigning champion was still fuming over the circumstances of his lost pole position after the race.

Sam Bird joined them on the podium, the DS Virgin driver having closed onto the tail of the leading pair in the closing stages. However a mistake on the final lap meant he crossed the line two seconds in arrears.

Mitch Evans took fourth thanks to a superb pass on Alex Lynn – one of the race’s few stand-out overtaking moves. Lynn lost another place to Felix Rosenqvist before the chequered flag fell.

Nick Heidfeld caused the only Safety Car period of the race when his Mahindra stopped after a single lap. He was joined in retirement by Sebastien Buemi and Nelson Piquet Jnr later in the race.