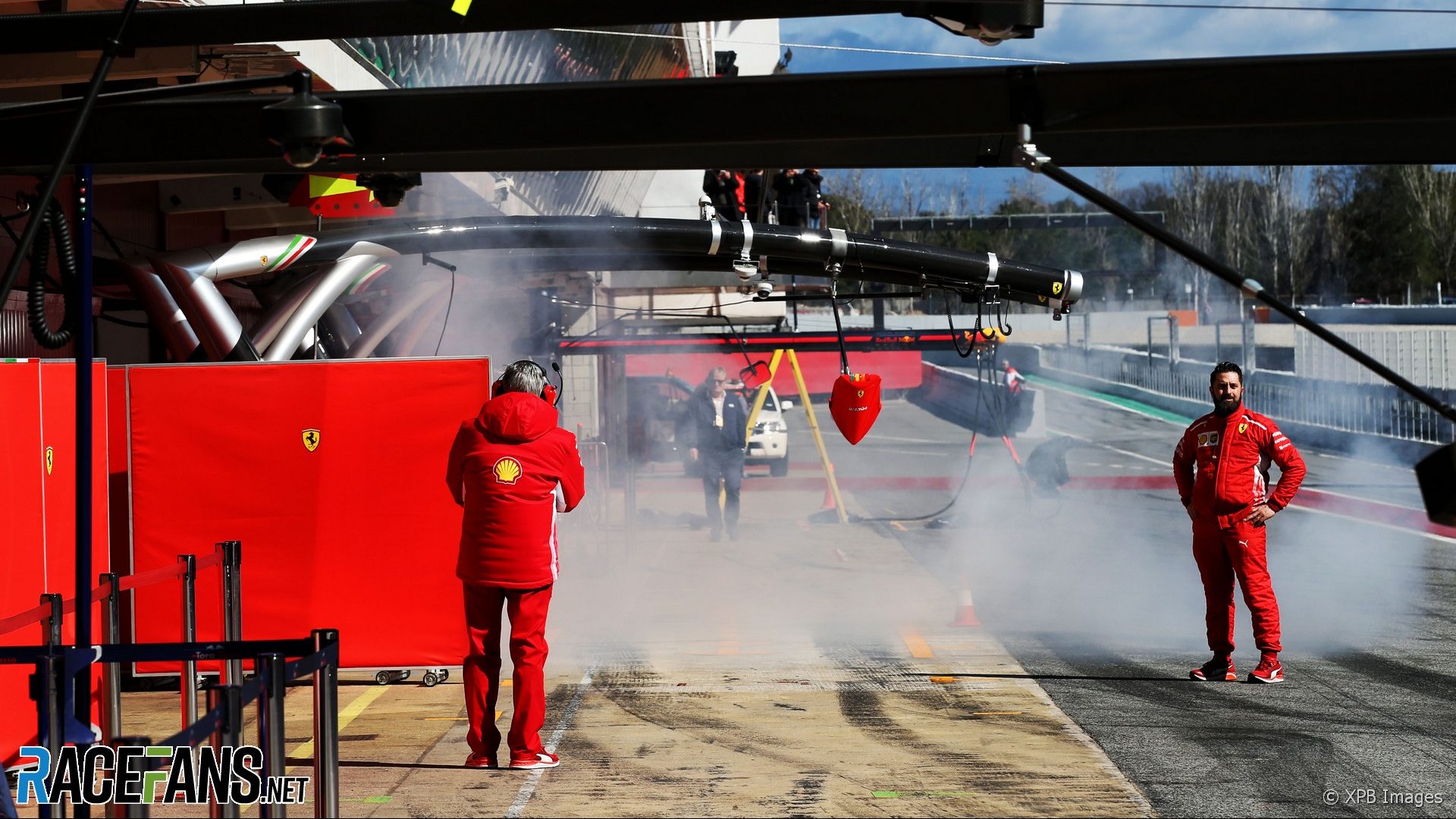 In the round-up: The FIA doesn’t have any concerns yet about the unusual amount of smoke the new Ferrari has produced in testing.

The plumes of smoke appearing from the rear of the Ferraris attracted a lot of comment during pre-season testing. However FIA race director Charlie Whiting doesn’t believe it’s a cause for concern. Here’s what he said in an interview RaceFans was present at yesterday:

We see it quite often, we saw it a lot with the Toro Rosso last year. We think that’s just oil getting into the turbo through the seals. It’s not doing it on the track.

"I felt it was not the time for me to step out - not right now, not after these results, not with this feeling."

"Because the SF71H’s wheelbase extension has been derived not only from moving the front axle further forward but also from moving the rear axle further back, it means there are new challenges in keeping the airflow energised over the longer sidepod body surfaces. It is important to maximise airflow speed as it reaches the outer surface of the central diffuser because it's this area that generates big downforce and, in turn, increased rear grip."

"We had an eighth-place car. (Bourdais') consistency makes that a fourth-place car, and luck made it a winning car."

Got a tip for a link to feature in the next RaceFans round-up? Send it in here:

How should F1 handle drivers who refuse to hand back places they gained by going off-track?

If you gain a place illegally and don’t give your place back voluntarily without prompting frrom the officials, the stewards should demote you a place at the end of the race whatever happens. It really is that simple. The drivers can be accountable for their own actions and effectively rewarded for honesty.
Michael

35 comments on “Smoky Ferraris not a concern for FIA”