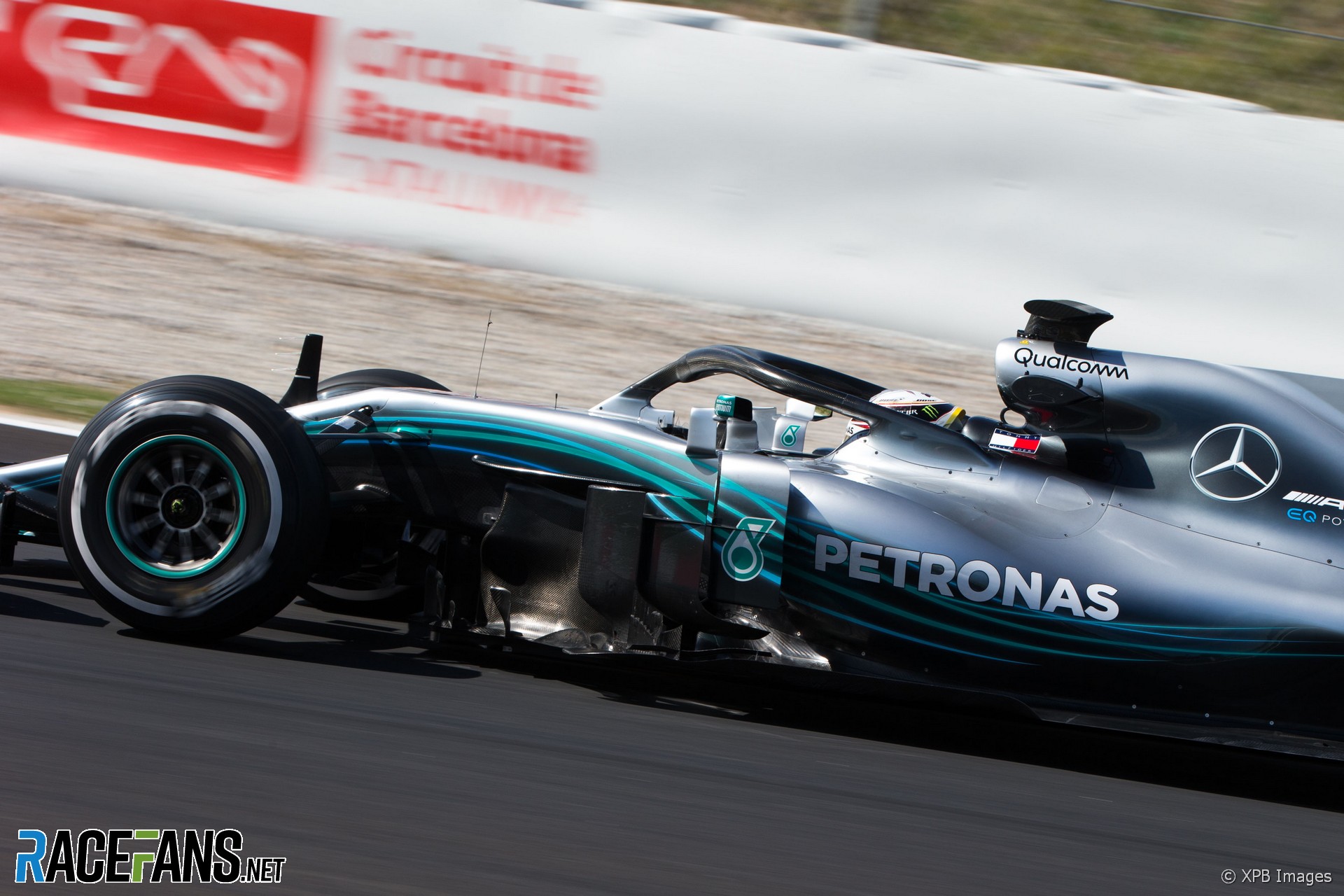 The new Mercedes W09 can take two corners flat-out at the Circuit de Catalunya where previously its drivers had to lift the throttle, including the very fast turn nine.

Lewis Hamilton and Valtteri Bottas both revealed they had taken turns three and nine without lifting during last week’s test.

“It is something really special,” said Bottas. “It is so difficult to describe though.”

“We are going nearly 5Gs lateral in turn three and turn nine. And you can just feel it.

“The cars, there’s so much downforce in those speeds, you can really feel the whole car starting to bend and flex and still you have the grip and you need to trust the grip. Sliding the car in those speeds is a good feeling, there’s a smile on my face every time.”

Hamilton said he’d never experienced this kind of cornering performance in an F1 car before.

“We’re finding, because we have a lot more downforce, you’re flat through turn three,” he said. “Yesterday I was flat through turn nine which I’ve never been in the whole 10, 12 years I’ve been racing. It’s awesome.”

However Hamilton believes the increased performance seen at the Circuit de Catalunya is also partly due to the changes to the track. “I don’t think we’re going to be three, four seconds faster at the first race,” he said. “I think it’ll be more like a second or two, maybe.”

Pirelli sporting director Mario Isola revealed drivers from other teams had described the increase in cornering forces this year.

“It was funny the description from [Daniel] Ricciardo saying I’m losing my head in turn nine because of the lateral forces,” he said.

“But it is true, it’s quite impressive, they brake in turn one, full throttle until turn four. So they do one, two three all full throttle and the speed is really high.

“Last year we found 32, 35kph quicker in turn three, turn nine. I have to check the data but we have an additional step in speed in these corners. So the cars are becoming also really physical to drive because of the acceleration on the body of the driver.”

51 comments on “‘The car starts to bend’: Catalunya’s turn nine is flat-out for Mercedes”